Objective: This research was conducted to explore the possible correlation between Traditional Chinese Medicine (TCM) constitutions and facial features, and improve the accuracy of constitution classification.

Methods: Automatic face detection and key point positioning were adopted to automatically detect the human face area in collected images, which were further cut into a standard size. We extracted the color and texture features of the facial image using the linear discriminant analysis classifier and studied its contribution to the classification of a constitution. The color features included RGB color space and Lab space, and the texture features included the Local Binary Pattern (LBP) and Histogram of Oriented Gradients (HOG).

Conclusion: Facial color and texture features can assist in the classification of TCM constitutions.

The discussion of human constitutions dates back to Hippocrates (460 BC-377 BCE), an ancient Greek physician, and “Huang Di Nei Jing” (approximately 200 BCE) during the Qin and Han dynasties; however, neither a universal standard nor extensive medical application of human constitution has been achieved in the past 2,000 years [1]. Traditional Chinese medicine (TCM) constitution theory was founded in the 1970s on the basis of the “Huang Di Nei Jing” constitution classification of Chinese people and related research. TCM constitution refers to the comprehensive and stable feature of physiological structure and function, and psychological state, which develop along with the process of life on the basis of prenatal endowment and postnatal acquirement. It is the specific feature of the human body developed to adapt to the natural and social environment, and manifests as individual differences in structure, function, metabolism, response to external stimuli, susceptibility to certain pathogens and diseases, and tendencies in the progress of diseases. Its feature of individual difference, group convergence, relative stability and dynamic variability is closely related to health and disease development. Therefore, constitution classification can provide a prediction of the future development of certain diseases, and intervention for a biased constitution can act accordingly as a way of prevention [2,3].

Presently, available constitution identification methods are the Constitution in Chinese Medicine Questionnaire and computer software that is programmed based on it. In these methods, inquiry is the main means of diagnosis because, to date, other diagnostic techniques and biological feature detection have not been fully applied to this area. Therefore, it remains an urgent need in TCM constitution theory to obtain more objective, accurate and fast results using modern information technology and combining the subjects of computer science, medical engineering and other disciplines. Thus, more effective and accurate advice can be given to promote health management.

Face images and motion videos of human faces were collected using a facial biometric image acquisition system developed by the Institute of Automation at the Chinese Academy of Sciences. This system allows playback, real-time browsing and quality evaluation of the collected images to ensure the images’ reliability for future analysis. The collecting interface is shown in Figure 1. The system can adjust and control the light of the face collection window. Visible light adjustment includes two channels so that the light can be shone evenly on the face. Near-infrared mainly adjusts the exposure based on the field situation. 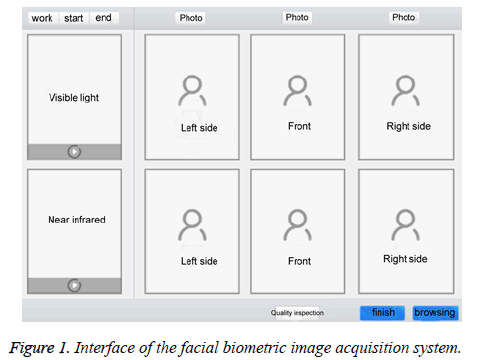 Face images were all collected indoors.

After the face image was collected, we detected the quality of the photographs. If there were some errors, such as posture and ambient light, we retook the photos until the detection test passed. The quality control interface is shown in Figure 2. 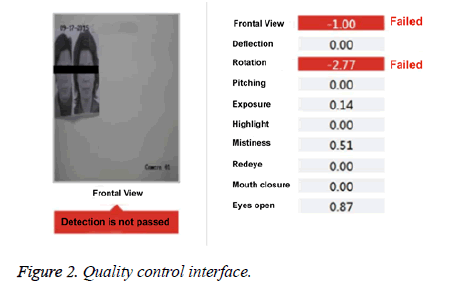 According to the multi-channel detection of facial features, color space, gradient and directional gradient histograms were added to enrich the expression. Down-sampling was used on images collected using multi-channel methods, and the collection, directly composed of pixels, was chosen to facilitate future subsequent feature selection. In this study, 10 channel types were selected, which were LUV color space (three channels), gradient (one channel) and six-direction gradient histogram (six channels). In the selection of the classifier learning algorithm, we chose the Viola-Jones framework used in the AdaBoost lifting algorithm. However, because the multichannel feature is much smaller in scale than the Haar rectangle, the form is also simpler; thus, this study used a more complex weak classifier. The characteristic representation is not the pixel sum in any rectangular area within the Viola- Jones framework, but the pixel value on the down-sampled multi-channel image, which significantly reduces the computational time.

Based on facial images and detected key positions, the face images were standardized into a uniform size using a similarity transformation (Figure 4).

The Classification and Determination of Constitution in TCM, issued by the China Association of Chinese Medicine on April 9, 2009 as the professional standard [5], is the first guidance, in addition to the regulation in China on identification and classification-related research, and the application of the TCM constitution. It provides a detailed description of nine basic TCM constitutions, and identifies each constitution on aspects of general features, physical characteristics, psychological characteristics and three others [6-8]. Table 1 is the phlegmdampness constitution scale and Table 2 is the balanced and unbalanced constitution judgment standard.

All participants were Chinese. A total of 5,150 individuals participated in the study. The age range was 15 to 84, and the participants' occupations included undergraduate and graduate student, medical staff, IT industry employee and retiree. All participants signed consent forms. They had no serious diseases, history of mental illness or unconscious behavior disorder. Additionally, they could understand the content of the survey and were willing to cooperate during the information collection process.

The gender and age distributions are shown in Tables 3 and 4, respectively.

(1) By the random selection of half of the subjects, the original data were divided into a train set and test set, and these two sets did not overlap in the aspects of subjects or image collection.

(3) Based on the representative features derived from Step 2, LDA was used to obtain the linear discriminant subspace for the train set.

(4) With the data in the test set projected into the discriminant subspace, using the nearest neighbor classifier, the test data was classified into the category corresponding to the minimum distance to which the training data belonged.

(5) The randomization division of the train set and test set was conducted 10 times, and the results from each division were collected to obtain an average classification accuracy rate (Figure 5). 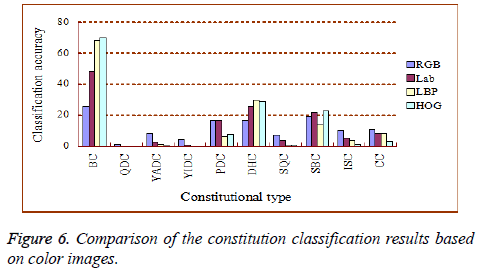 Figure 6: Comparison of the constitution classification results based on color images.

Table 6. Results of constitution classification based on the LDA classifier and color images.

The rate of BC was also higher than other constitutions, followed by PDC, DHC, SBC and SQC. The rate of YADC, YIDC and QDC were low. According to the different classification methods, the effects of HOG and LBP were better than NIR. The average classification rate (%) of each constitution type is shown in Table 7 and Figure 7.

Table 7. Result of constitution classification based on the LDA classifier and near-infrared images. 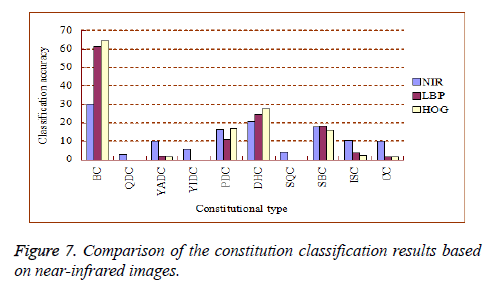 Figure 7: Comparison of the constitution classification results based on near-infrared images.

As a non-invasive subsidiary method for diagnosis, inspection can provide an evaluation of health status and disease outcomes, which has great importance in TCM constitution identification. However, with various factors interfering with facial feature extraction and recognition, its application is limited. On the basis of a modern development of information and detection technology, digitized identification of facial features in TCM constitution classification, and extracting and recognizing related usable data will ease the establishment of TCM constitutions based on inspection, which can achieve self-regulation and adaptation in a complex environment.

LDA is also called the Fisher linear discriminant (FLD), and was introduced in the field of pattern recognition and artificial intelligence by Belhumeur in 1996. The basic idea of LDA is to project the high-dimensional model sample into the best discriminant vector space to achieve the effect of extracting classification information and compressing the feature space dimension. This method ensures that the sample pattern in the new subspace is the maximum between class distances and the minimum within class distances, that is, the mode in the space has the best separability. Therefore, it is an effective feature extraction method. In the pre-experiment, we used LDA, SVM, PLS and other methods for a comparative study. The results show that LDA demonstrated little difference from SVM in classification accuracy, but was better than PLS. Taking this into account, we finally chose the LDA as a research method.

In this research, we used a variety of methods when extracting features. Because this research is an exploratory study, we did not retrieve relevant research on the facial feature extraction of constitutions. Therefore, in the selection of feature extraction methods, we attempted to use a variety of commonly used methods for comparison. Thus, we could compare the pros and cons of each method in the constitutional classification. Additionally, this study could provide a reference and suggestion for the technical selection of constitutional classification based on facial features. For this case, a universal device can be developed and promoted to provide an objective basis for the clinical evaluation of the efficacy of TCM. Using modern techniques, such as the near-infrared image or others, this may facilitate the discovery of potential relationships between the human constitution and the physiological status demonstrated in faces. Additionally, inspection is only one, but not all, of the ways to obtain the total biological information of a human body that can represent constitution or status. This study combined the latest development in computer vision and image processing for inspection in TCM. It is an innovative extension and complement to TCM in the field of diagnostic methods.

This research was supported by the National Major Foundational Research Development Project (973 project) (No. 2011CB505404); National Science and Technology Project in ‘12th Five Year Plan’ Funded by the Ministry of Science and Technology (No. 2012BA125B05); China Postdoctoral Science Foundation Grant (No. 2014M560923); and Beijing University of Traditional Chinese Medicine ENN Award Fund (Key Techniques of Development and Application for Constitutional Identification Based on Facial Feature Recognition).