For senior people, end-stage renal disease has grown to be a significant issue. The proportion of people with ESRD who are 65 or older has increased significantly, and it is anticipated that this growth will pick up speed in the years to come. Patients with comorbid illnesses common in younger patients, as well as physical, psychological, and social problems that occur more frequently in the ageing population, will be encountered by nephrologists treating senior patients with severe renal disease. To help guide judgments about the option to begin dialysis, the choice of dialysis modality, whether to pursue kidney transplantation, and end-of-life care, these difficult concerns must be addressed. This article will cover data on the clinical results of senior patients treated with various modalities of dialysis, outcomes of kidney transplantation in the elderly, and nondialytic care of CKD stage 5 and highlight several prevalent issues faced by elderly patients with ESRD.

A geriatric condition, ESRD is developing. In terms of incident patients, those over 75 outnumber those between 65 and 74 years old and have the largest incident growth rate. Improved life expectancy, an increase in diabetes and hypertension prevalence, and an increase in the senior population's desire to begin dialysis therapy are all contributing causes. This expansion should quicken as members of the Baby Boomer generation age. In order to guide decisions on the start of renal replacement therapy, this review analyses data on dialysis modality and transplantation outcomes as well as problems that older people with ESRD face that complicate their care (RRT). We review the state of the art in nondialytic management, talk about challenges related to end-of-life care, and make recommendations for future research [1].

However, there is variation in function, lifestyle, and life expectancy; some younger patients have worse functional impairment than other octogenarians. Although "elderly" and "geriatric" commonly refer to persons 65 years of age or older. The notion of what ages are termed "elderly" differs across the literature. Unless otherwise stated, "elderly" in this review refers to anyone 65 years of age or older. A complex constellation of signs, symptoms, and events known as a geriatric syndrome predisposes people to greater morbidity and mortality. Frailty, accidents, and functional impairment are a few examples. Elderly people with severe CKD and ESRD may have these problems made worse by the presence of cognitive impairment and uremia [2].

Studies showed that elderly dialysis patients had severe functional impairment. Reduced capacity to carry out instrumental or daily activities is referred to as functional impairment. Eight patients over the age of 65 had no disability, 69 had impaired IADLs, and 85 had both IADLs and ADLs that were impaired. Increased prescription medication use, less mobility, and lower educational level were all contributing factors to impairment. A significant decline in functional status in 3702 nursing home patients 3 months prior to the start of maintenance dialysis using data from the U.S. Renal Data System (USRDS) and information on functional impairment from the Minimum Data Set Activities of Daily Living. Only 39% of people kept their baseline function after 3 months, and only 13% did so after 12 months. After start, mortality at one year was 58%. 30% of the older participants in a smaller, retrospective trial who were largely community-dwelling at the time showed a substantial loss in function six months after treatment began [3].

These studies collectively imply that starting dialysis in the presence of functional impairment is unlikely to restore disability. The period immediately following the start of dialysis is linked to the risk of functional impairment and serves as a goal for rehabilitation. Evidence from Canada indicates that inpatient therapy helped functionally impaired HD patients increase their independence and function [4].

It is unknown whether cognitive decline and renal failure are related. Dialysis sufficiency had no impact on cognition, according to a single-center investigation of HD patients. Additionally, cognitive impairment makes it more difficult to diagnose uremia and influences the choice to start dialysis. Early beginning was linked to cognitive decline in nursing home patients. The complication that cognitive impairment may bring to the ability to make decisions regarding the start of dialysis is not addressed in these research. Further research is necessary on the possible impact of delaying cognitive decline on ESRD outcomes [5].

RRT decision-making in the elderly entails taking into account elements that are more prevalent in this population, such as cardiovascular disease and functional and cognitive impairment. Nondialytic therapy, such as palliative care and hospice, may be useful in cases of severe impairment. MCM is an alternative for people who have substantial comorbidity but less disability. For people with fewer coexisting conditions, transplantation is an option. In the absence of a living donor, a comprehensive assessment for a transplant from a deceased donor should be made. Individual preferences and social support must be taken into consideration while choosing between the RRT modalities of PD and HD. Patients should be watched for functional or cognitive decline after starting treatment. Withdrawing off RRT and receiving palliative or hospice care may be justified if such a decrease is present. 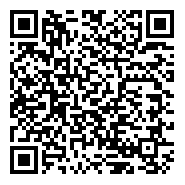