Patients who applied to the internal medicine polyclinic between January and October 2016 were included in the study. Patients with diabetes mellitus, hypertension, thyroid disease, pregnant, persons under 18 years of age, those using drugs that affect vitamin D and calcium metabolism were not included in the study. Number of male patients is 9. The men were removed from work. Because the number of male patients was not statistically significant. 115 female patients were taken into the study. Metabolic syndrome diagnosis According to the National Cholesterol Education Program (NCEP) Adult Treatment Panel III (ATP III) -2001, Metabolic glucose) ≥ 110 mg / dL) [15].

Subjects were scanned with FINDRISC questionnaire [5], which is easy to use (age, BMI, waist circumference (WC), physical activity, daily consumption of vegetables and fruits, antihypertensive drug use, and personal history of patients Syndrome Diagnostic Criteria were based on at least three of the following 1. Abdominal obesity (waist circumference: 102 cm in males, 88 in females >cm); 2. Hypertriglyceridemia (≥ 150 mg/dL); 3. Low high density lipoprotein (HDL) (<40 mg/dL in males and <50 mg/dL in females); 4. Hypertension (blood pressure ≥ 130/85 mmHg ) and 5. Hyperglycaemia (fasting blood with type 2 diabetes was developed to identify high- Hyperglycaemia, and family history of diabetes) to find out the individuals at increased risk for Type 2 DM. According to the diabetes risk score, 5 groups were separated. The risk of developing low-risk and 10-year diabetes mellitus is 1% if group 1 findrisc score <7, mild risk and 4% risk of developing diabetes and group 3 if findrisc score is 7-11, diabetes development 16%, 4th group findrisc score 15-20 high risk and diabetes development 33%, 5th group findrisc score> 20 very high risk and diabetes development 50%.

The body components were evaluated using the Tanita SC 330S instrument. TBW, BMR were evaluated with Tanita. BMI was calculated as weight in kilograms divided by height in meters squared. WC was measured in the mid-way between the underside of the lowest rib and the iliac crest, in centimetres, with subjects standing. Blood pressure, expressed in mmHg was taken on the right arm with the subject in a sitting position after 10 min of rest. Ethics committee approval was taken (71522473/050.01.04/14).

FINDRISC is one of the most commonly used tools to determine type 2 diabetes risk. It includes anthropometric (BMI and WC), metabolic, and lifestyle factors that predict type 2 dm and alterations in glucose metabolism [17]. FINDRISC may be helpful in identifying diabetes in the early stages because the type 2 diabetes diagnosis processes has taken a long time.

The results in this study are based on preliminary studies [18,19] and higher risk for type 2 diabetes by Lima-Martinez et al. [14] (FINDRISC>14), lower risk for type 2 diabetes ) were consistent with studies showing higher age, BMI, WC, FBG, basal insulin, HOMA-IR and blood pressure and lower HDL cholesterol. In our study, patients with higher FINDRISC scores (1-5) had higher age, BMI, WC, blood sugar, basal insulin, HOMA-IR and blood pressure and lower HDL cholesterol. FINDRISC is not only a tool for scanning type 2 diabetes, it is also a tool for identifying elevated cardio metabolic risk. It can be used to identify metabolic syndrome in high-risk populations [17]. There was a correlation between FINDRISC and the metabolic syndrome in our study. Similar studies have shown the association between FINDRISC and other cardio metabolic markers [14,20]. In our study, we found a negative correlation with HDL cholesterol FINDRISC score in accordance with previous studies [14,21,22]. This may be explained by the inverse relationship that FINDRISC components have with HDL cholesterol. This may be explained by the inverse relation that the FINDRISC components have with HDL cholesterol [23,24]. Recent studies have shown that HDL has the ability to increase uptake of glucose by skeletal muscle [25] and increases insulin secretion from pancreatic beta hysteresis [26], which may also contribute to worsening of low HDL diabetes control. There was a positive correlation between FINDRISC and serum TG levels, which was consistent with previous studies [27]. Also, the waist circumference of patients showing visceral grease increased as the FINDRISC score increased. As visceral fat tissue is more resistant to insulin effects and more sensitive to lipolytic enzymes, more free fatty acid transit in the portal system and increased triglyceride synthesis in the liver can impair the first pass metabolism of insulin [28]. This is consistent with the association of visceral fat with the metabolic syndrome and insulin resistance.

We found a positive correlation between FINDRISC score and systolic and diastolic blood pressure in our study. In this study, FINDRISC was associated with significant insulin resistance.

As a result, individuals with BMI 25 kg/m2 regard Less of age should be investigated more frequently from younger ages due to diabetes, cardiovascular risk and metabolic syndrome, with one or more risk factors and non-pregnant individuals. As a result of these tests, measures should be taken to prevent or delay the onset of diabetes and cardiovascular events. As the type 2 diabetes diagnosis processes has taken a long time, FINDRISC may be helpful in identifying diabetes and metabolic syndrome in the early stages and therefore preventing diabetic complications.

In this study we showed that FINDRISC correlated with metabolic syndrome and FINDRISC score was positive with TG and systolic-diastolic tension, and negative with HDL cholesterol. No correlation was found between vitamin D levels and FINDRISC. We believe that FINDRISC can be used not only for predicting diabetes but also for predicting cardiovascular risk. FINDRISC also believes that Type 2 diabetes may be useful in the prevention of cardiovascular disease and its complications. 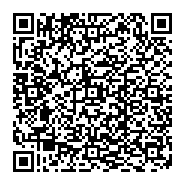