2Department of Optometry and Vision, Faculty of Optics and Optometry, Complutense University of Madrid, Madrid, Spain

Significance: This case report highlights the impact on vision and refractive results with a scleral contact lens (SCL) when its anterior surface has a spherical or aspherical profile. Purpose: To analyze the problems found in a case adapted with SCL and high diopter power when replacing the contact lens (CL) that was used with an aspheric anterior profile, by mistake, with a spherical anterior profile. Case Report: The clinical case of a patient with keratoconus and a contact lens user since 2015 is presented. After a replacement of the lens with the same parameters as his conventional lens (central thickness of 300 µm, DK of 100 sweep, sag of 4,400 µm and a sphere of -18.25 diopter), refers to a significant decrease in visual acuity (from 6/6 with the conventional lens to 6/30 with the new lens). After analyzing the power profile with NIMO TR1404 and topography, it was discovered that the patient had been using a CL with an aspherical anterior surface and when placing the new order, it was not noted, so the supplied lens had a spherical anterior surface. Conclusion: In the adaptation of CL with high powers, the spherical or aspheric profile can have a significant impact on vision, as observed in this case

The anterior surface of a contact lens (CL) can be designed to be manufactured with a spherical profile in most cases, however, it is also possible for it to be produced with an aspherical profile to compensate for certain higher order aberrations (HOAs) of the eye. A CL with a spherical anterior surface results in the spherical aberration (SA) of the CL, nonetheless, a hypothetical offset in the eye of the CL does not imply the induction of other HOAs, such as trefoil or coma. However, an aspherical anterior surface reduces or eliminates the spherical aberration of the CL, but its offset in the eye may induce other HOAs such as coma [1,2] . In a CL with low refractive powers, these HOAs may have little impact on visual acuity (VA); however, they do have an impact on visual quality; an aspect that could become apparent when measuring the contrast sensitivity function [3,4]. Conversely, this becomes significant in cases with high refractive powers, negatives and positives, as demonstrated in the following clinical case.

A clinical case of adaptation of scleral contact lenses is presented, which was performed between August and December 2020. CSS, male, 35 years old, affected by keratoconus, with an intrastromal segment implant in the lower region of the cornea. The patient had been using scleral CL since 2015, reporting good comfort and physiological adaptation. His VA with CL was 6/6- 2 Snellen. In 2020, he requested the annual replacement of his CL: ICD 16.50 Paflufocon D material, central thickness of 300 μm and DK of 100 barrer (Paragon Vision Science), with a sag of 4.400 μm and a sphere (sph) of -18.25 diopters (D), despite experiencing satisfactory results when using this CL. The patient went back to the consultation a few days after picking up his new CL (Lens A) to report poor vision when using this CL. His VA with the lens A was recorded as less than 6/30 Snellen, with improvement towards values close to those recorded with the previous CL, with an over-refraction of +3.75 sph. – 0.50 cyl. at 175º. The problem was attributed to the specific CL that had been prescribed, and therefore a new CL with the same parameters was requested. Nevertheless, despite using a second new CL with the same parameters, first replacement (Lens B), the same problems persisted. His vision and adaptation were rechecked (Figure 1) with a second replacement (Lens C) and the patient’s VA was as expected: 6/6-2 Snellen. 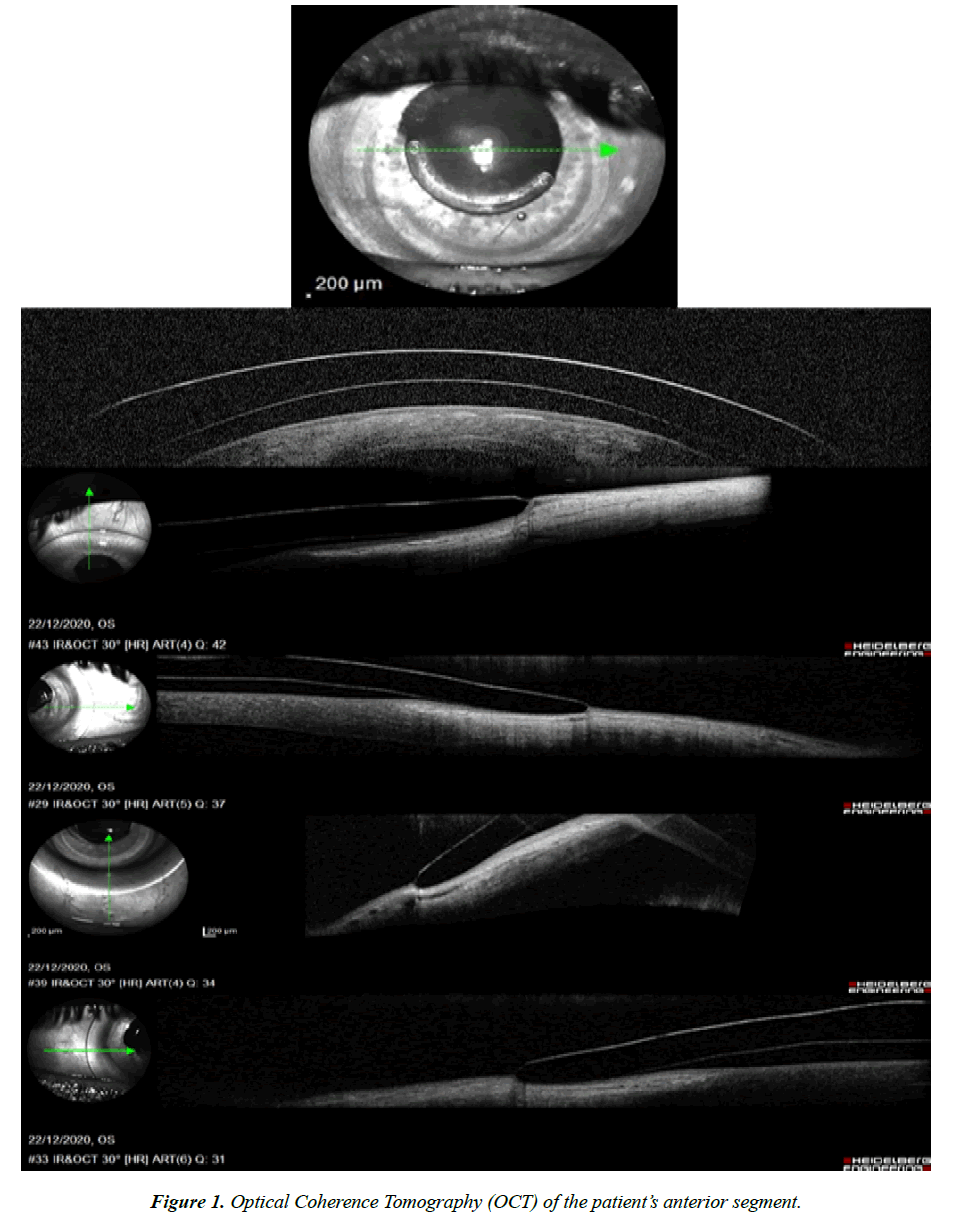 No significant differences were detected between the two CLs on the focimeter therefore the decision was made to request a power profile test of both CLs with NIMO TR1504 (Lambda-X, Belgium), since it allows to perform a wavefront analysis with Zernike coefficients and obtain High resolution power maps and power profiles. The profiles are shown in Figure 2. Lens B showed significant negative spherical aberration (SA) in the central 6 mm, around 4 diopters (-18.25D in the centre and -22D at 6 mm), while lens C was practically free of SA (only -0.50D of SA at 4 mm and less than -0.25D at 6 mm) (Figure 3). 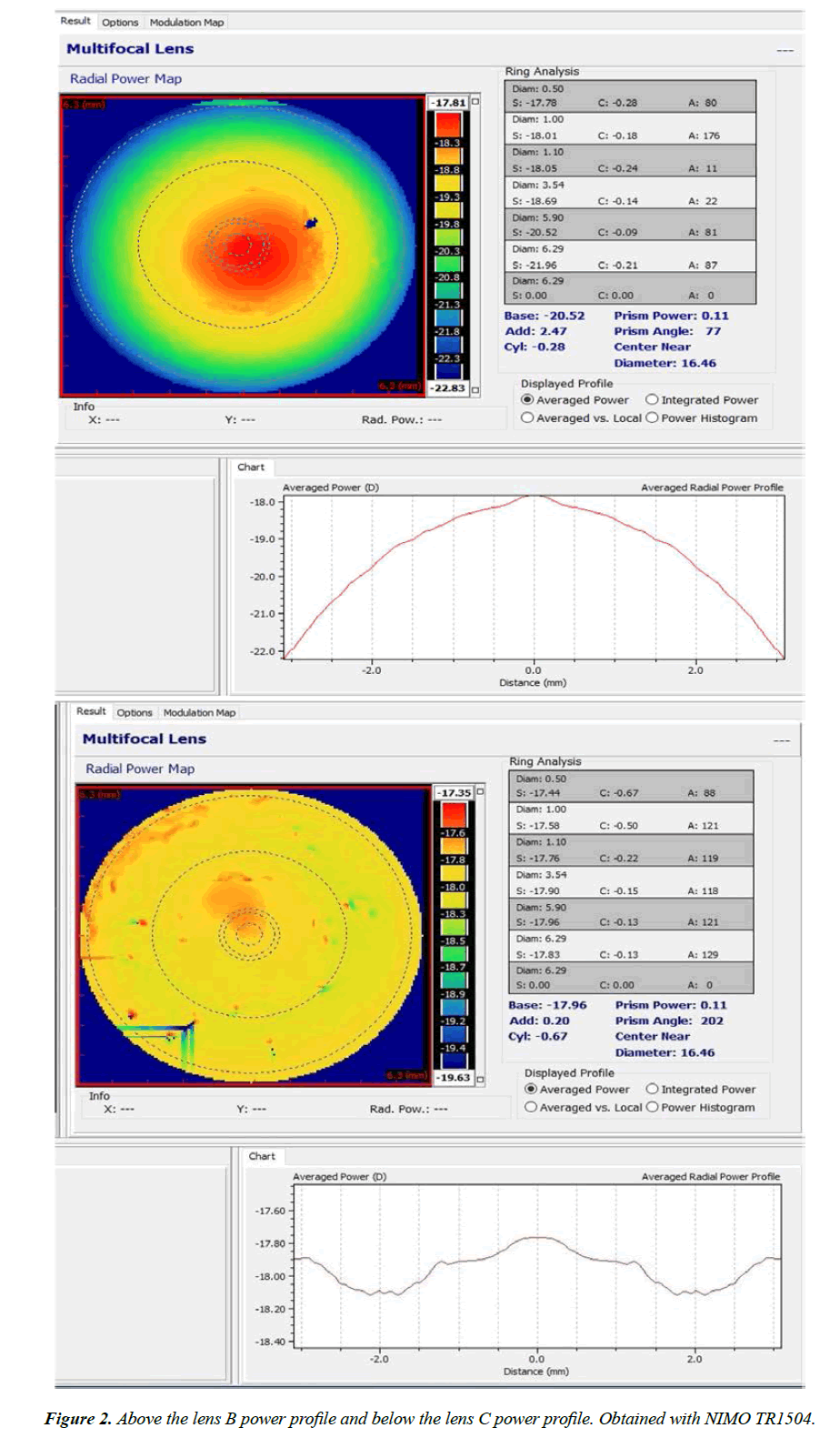 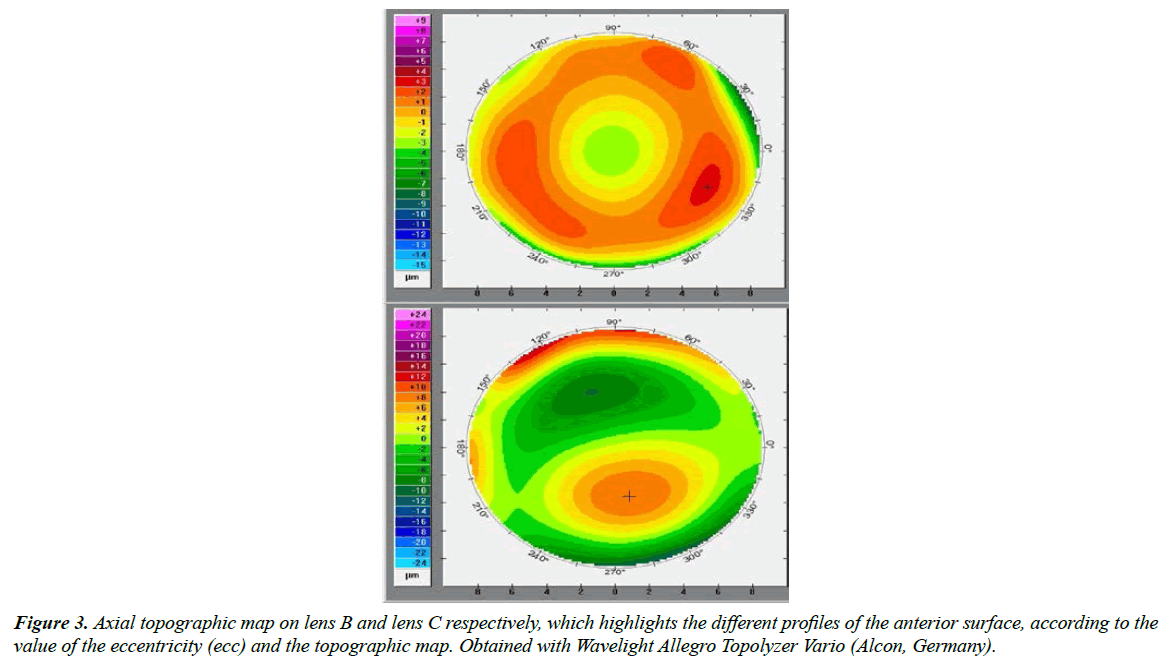 Figure 3: Axial topographic map on lens B and lens C respectively, which highlights the different profiles of the anterior surface, according to the value of the eccentricity (ecc) and the topographic map. Obtained with Wavelight Allegro Topolyzer Vario (Alcon, Germany).

This clinical case highlights the importance of recording all of the CL parameters in the patient’s notes, and of ensuring that these are verified if a patient requests replacement CL.

Nonetheless, we can also learn from this case, taking from it new procedures that can be followed in similar situations. As stated in the introduction, one of the drawbacks of the aspherical anterior surface is that the potential offset of the same can induce certain coma HOAs. In this case, and as seen in Figure 2 in the averaged radial power profile, the CL is off-centre in the inferior region; therefore the induction of coma is to be expected. By analysing the Zernike maps of the anterior surface of the CL, it is evident that lens C shows a vertical coma map, whereas with lens B, the HOA that clearly dominates is SA (Figure 4). The fact that the Snellen VA hardly deteriorated both with lens C and with the other aspherical CL that were used by the patient, might be due to the fact that this coma neutralises or reduces an existing opposite axis as a result of the implantation of the intrastromal segment [5,6]. In any case, the HOAs that are being evaluated are cornea related, and we do not know what ocular HOAs might manifest if measured with an aberrometer. This measurement would indicate whether or not internal comatic HOAs of different axis are compensated. 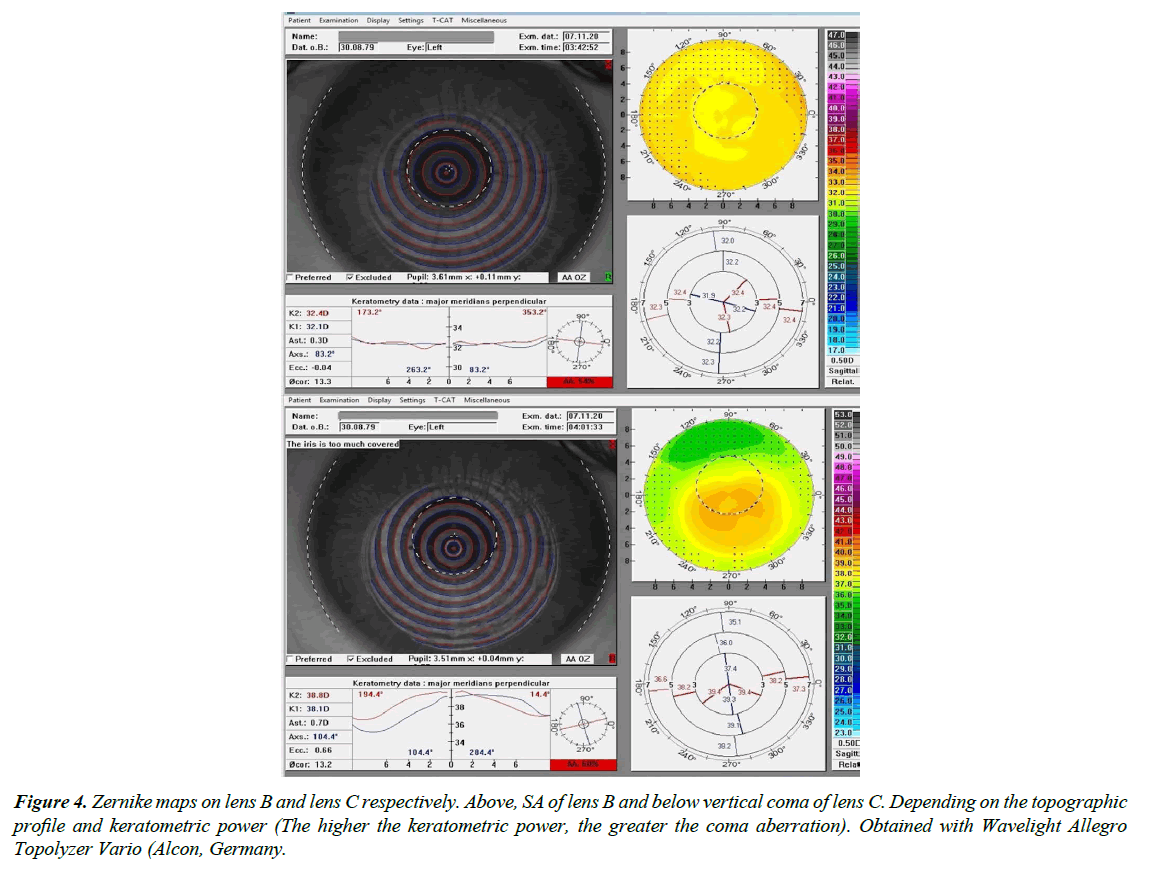 Figure 4: Zernike maps on lens B and lens C respectively. Above, SA of lens B and below vertical coma of lens C. Depending on the topographic profile and keratometric power (The higher the keratometric power, the greater the coma aberration). Obtained with Wavelight Allegro Topolyzer Vario (Alcon, Germany.

In conclusion, in the adaptation of contact lenses with a high dioptric power, the aspherical or spherical profile on the anterior surface of the lens affects the ocular aberrometry. Depending on the selected profile, it can have a significant negative impact on vision.

The authors thank Mercedes Burgos and her team at Mark´Ennovy Spain for obtaining the power profiles of the contact lenses.