Background: ST-Elevation Myocardial Infarction (STEMI) is one of the most severe manifestations of atherosclerosis; prognosis is determined by remaining left ventricular function and the importance of systolic function has been well established. The aim of this study was to determine the E/E’ ratio, to predict the adverse ventricular remodeling (VR) in patients presenting with STEMI. Methods: From March 2011 to January 2012 we prospectively enrolled patients presenting with STEMI in the admission unit. Echocardiography was performed at presentation and 6 months after STEMI. VR was defined as the increase ≥ 20% of the left ventricular end diastolic volume. Uni and multivariate linear regression analyses were conducted. Results: Sixty-six STEMI patients (60.8 ± 10.3 years, 81% male) were recruited. In 56% the culprit artery was left anterior descending (LAD), right coronary artery in 39% and circumflex in 5%. VR was predicted by LAD as culprit artery (92%, p<0.001, rho 0.528), Septal E’ Velocity (p<0.001, rho 0.370) and the ratio E/E’ (p<0.001, -0.663). Six months after the STEMI patients with VR had lower left ventricular ejection fraction, and higher end systolic and diastolic volume. ROC analysis suggested an optimal cutoff for a E/E' ratio of ≥ 12 (S:91%, E:77%) at baseline to predict adverse VR. Multivariate analysis showed that the ratio E/E’, septal E´ velocity, culprit artery, and Killip Kimbal classification were predictors of adverse VR after STEMI (rho 0.750). Conclusion: E/E´ ratio ≥ 12 and LAD as the culprit artery are important predictors for adverse ventricular remodeling and should be considered for early medical treatment.

ST-elevation myocardial infarction (STEMI) is one the most severe manifestation of coronary artery disease (CAD). CAD causes more than a third of deaths in developed countries annually [1-3]. According to the Mexican National Institute of Geography and Statistics (INEGI), heart disease is the most common disease in Mexico and CAD alone accounted for approximately 82,000 deaths in 2014 [4].

After STEMI and myocyte necrosis, the resulting increase in working load triggers a cascade of biochemical intracellular signaling processes. The modifications in the myocardium include dilatation of the ventricle, hypertrophy, and the formation of a scar [5]. This so called ventricular remodeling may continue for weeks to months after STEMI [6]. Echocardiography has become an essential image modality to follow changes in both systolic and diastolic function after STEMI [7]. Adverse ventricular remodeling (VR) has been defined as an increased ≥ 20% of the Left Ventricular End Diastolic Volume (LVEDV) at 6 months after STEMI [8,9]. Systolic dysfunction has been well established as an important predictor for long-term prognosis. Adverse ventricular remodeling after STEMI has been associated with an increased up to 3 times the risk of overall mortality in 5 years and in the presence of symptoms even up to 10 times [10]. Severe reduction of left ventricular function mandates additional treatment and device therapy to improve prognosis. In addition, adverse changes in diastolic function had been linked to worse outcome. Especially the restrictive left ventricular filling had been linked to early cardiac death after myocardial infarction [11].

The E/E’ ratio is a parameter of diastolic function and is based on the end pressure of left ventricle and left atrium. In the first hours of the infarction an increase in E wave of ventricular filling and a decrease of the mitral annulus wave E´ causes an increase of the E/E’ ratio. This ratio appears useful in the evaluation of atrial pressure as it is less dependent of the left ventricular preload and afterload compared with the conventional measures like the pattern of transmitral flow. An E/E' ratio>15 has been proposed as the optimal cut-off to predict outcomes in Caucasian populations [12].

The aim of this study was to determine the value of the E/E’ ratio presenting with STEMI to predict the adverse VR and to identify factors associated with the change in E/E’ ratio based after the STEMI.

Prospective, single-center study conducted in the National Medical Center 20 de Noviembre ISSSTE, Mexico City, Mexico. This protocol was approved by the institutional Medical Ethical Committee and was in accordance with the Declaration of Helsinki. Written informed consent was obtained from all patients.

Two-dimensional and Doppler transthoracic echocardiography was performed with Tissue Doppler Image (TDI) and M mode in the left lateral position, using a Phillips IE33 (Stockholm, Sweden-Royal Phillips electronics) with a 3.5-MHz transducer. All measurements and evaluation were performed according to the guidelines of the American society of echocardiography [13]. In brief, left Ventricle Ejection Fraction (LVEF), Left Ventricular End Diastolic Diameter (LVEDD), Left Ventricular End Systolic Diameter (LVESD), peak transmitral filling velocities in early diastole (E) and late diastole (A) were obtained by pulse wave Doppler at the tip of the mitral leaflets from the apical four chamber view, TDI was performed to obtain systolic wave (S'), early diastolic wave (E') and late diastolic wave (A'), these were measured at the level of the mid-portion of the inter-ventricular septum and at the medial and lateral annuli of the mitral valve and left atrial volume index (LAVI) were determined. The E/E’ ratio was defined as the relation between the rapid filling stage of the left ventricle and the early diastolic velocity, <8 is considered a normal value [14]. Adverse VR was defined as an increase in the 20% of the LVEDV after 6 months of the STEMI.

Data are present as percentage and mean with standard deviation. Differences between subjects with and without VR were assessed by T student test. Associations between echocardiographic variables and clinical variables with VR were studied with univariate and multivariable linear regression. In order to assess the optimal cutoff value of the E/E’ ratio a ROC curve was used. The statistical program SPSS 20.0 (SPSS Inc., 2011) was used for all statistical analyses. A difference was considered statistical significance if p<0.05.

Patients characteristics and treatment for STEMI

Sixty-six STEMI patients were recruited (mean age 60.8 ± 10.3 years, 80% male) all had at least 2 cardiovascular risk factors (Table 1). The majority (81%) did not have a history of angina and did not use anti-ischemic treatment before presentation, only 3% had a history of CCS functional class III and 16% of class I or II angina, all of the patients had at least two cardiovascular risk factors (Table 1).

Table 1: Characteristics of the patients.

At presentation to our center: 28 patients (42%) were in time (first 24 hours of the onset of syntoms 13) to receive thrombolytic treatment, resulting in a resolution of clinical, electrocardiographic and biochemical parameters in 29% (8 patients). All patients underwent coronary angiography. The Left descending artery (LAD) was the most frequent culprit artery, followed by the right coronary and circumflex (Table 1). In 3 patients (4.5%) percutaneous coronary intervention (PCI) was performed and in 3 patients (4.5%) coronary artery bypass grafting (CABG). In addition, 21 patients (32%) received treatment with a glycoprotein IIb/IIIa receptor antagonist (Table 1). 45 patients (68%) received optimal medical treatment of ischemic heart disease according to the AHA guidelines [15].

ROC analysis suggested that an index >12 of the E/E' ratio at baseline was best to predict adverse VR at 6 months (sensitivity 91% and specificity of 77%, AUC 0.897) (Figure 1). Univariate linear regression analysis (Table 3) exhibited that the robust predictors for VR were Killip-Kimball Classification (R 0.381), culprit artery (R 0.546), ratio E/E' (R 0.539) and septal E' velocity (R 0.370).). The multivariate linear regression was made incorporated the highest parameters in the univariate regression showed a strongest association for VR (R 0.750, p<0.001), mainly with Ratio E/E', Culprit Artery and Killip- Kimball Classification (R 0.748, p<0.001), even when Septal E' Velocity was incorporated the difference was slightly improved (Table 4). 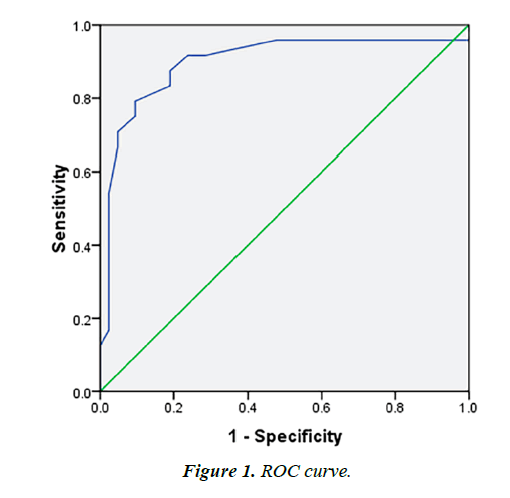 The goal of this study was to analyze the ratio E/E’ as a predictor of ventricular remodeling after STEMI and other factors that could associate to have a better outcome predicting VR, as far as our concern this is the first study to determine the independent predictors of adverse VR after STEMI in our population. We observed that Killip-Kimball Classification, LAD as a culprit artery, ratio E/E' and septal E' velocity independently had a strong relation for adverse VR (Table 3); nevertheless, in a multivariate model (Table 4), septal velocity was not as important as Killip-Kimball Classification, culprit artery and ratio E/E' although it may be associated with LV remodeling [16] we do not find a strong relation as a predictor.

In our results we found that the optimal E/E’ ratio in our population was 12, with strong sensitivity and specificity in contrast which is lower compared to the commonly used ratio of 15 in Caucasians [17,18], this highlights the importance to start an early treatment to prevent adverse VR, nevertheless other factors such as the artery involve should be taken in consideration since a medium correlation was exhibited; Killip- Kimball Classification has not been associate as a predictor for ventricular remodeling after STEMI, even though is a clinical scale in our results a moderate relation was showed nevertheless more studies should be done to support this results as a parameter for start an early treatment.

Several risk factors have previously been considered to predict VR after STEMI, especially those related with systolic dysfunction have been highlighted by Sutton and Navqvi [6,19], including deterioration of the ejection fraction, and involvement of the LAD artery. Our analyses confirm the role of LAD involvement and we also identified E/E´ ratio and the E´ wave speed of the mitral annulus as independent predictors suggesting echocardiography could be helpful for the clinician to decide for a chronic treatment to prevent VR.

There is no doubt that when the myocardial infarction involves greater ventricular mass the possibility of adverse VR increases; therefore, when the LAD is affected could be related directly to adverse VR since this artery supplies around 45% to 55% of the irrigation to the heart, which correlates with our results, contrary when the vessel involve are the right coronary or the circumflex it depends mostly on the dominancy of the vessel.

In our study, only 21% of the patients received an effective reperfusion treatment (8 with effective thrombolytic therapy, 3 PCI and 3 CABG), which may explain the high prevalence of VR after STEMI. Ineffective reperfusion was caused by patient delay resulting in presentation to our hospital beyond the time in which thrombolysis is indicated; unfortunately in Latin America still exist a considerable delay for the patient to attend on time for proper treatment due to incorrect information, difficulty access to the hospital and self-medication, together with delay in medical attention in the emergency typically retard the medical valuation, all of these culminate in an inopportune treatment.

To prevent adverse VR, international guidelines recommend, in addition to optimal reperfusion therapy, treatment with antiplatelet agents, beta-blockers [20-26], and inhibitors of the renin-angiotensin-aldosterone system [27-29]. Especially aldosterone inhibitors post-myocardial infarctions are indicated in patients with systolic dysfunction [29,30]. These studies did not consider diastolic dysfunction after myocardial infarction although these individuals are at increased risk to develop systolic dysfunction in the future. In our study we found that after 6 months there were an increase in the LVEF, LVEDV and LVESV which in turn is expected, based on these we considered that the use of antagonist of aldosterone in the treatment of patients suffering from myocardial infarction should be studied further and evaluated as a new indication in patients even if LVEF>40%.

In conclusion, an early echocardiography evaluation of the E/ E´ ratio and determination of the culprit artery are important to identify STEMI patients that are at increased risk of adverse VR. We observed a E/E’ ratio>12 and the affection of the LAD artery could represent an early parameter to identify patients who might benefit from more aggressive treatment aimed to prevent adverse VR. Future prospective studies are required to assess the feasibility and effectiveness of such as a strategy.

The authors thank the echocardiograph and coronary care unit of our facilities. 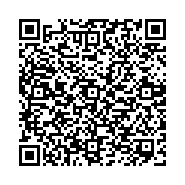