Kidney cancer is the third most common urological cancer, accounting for 3.5% of newly diagnosed cancers. We demonstrate the case of a 75-year-old man, who presented with acute dyspnea (the ejection fraction was 20%). He had coronary disease and, ten years previously, had undergone coronary artery bypass grafting. Following a number of diagnostic examinations, the patient was diagnosed with pulmonary embolism. After initiation of Enoxaparin administration, the clinical symptoms were significantly improved. Abdominal ultrasound examination showed the presence of a thrombus in the inferior vena cava (IVC) (Figure 1). This finding was confirmed by a MRI (Figures 2A and 2B). Histopathology revealed it to be renal cell carcinoma.

Figure 1: Abdominal ultrasound shows a thrombus within the IVC. 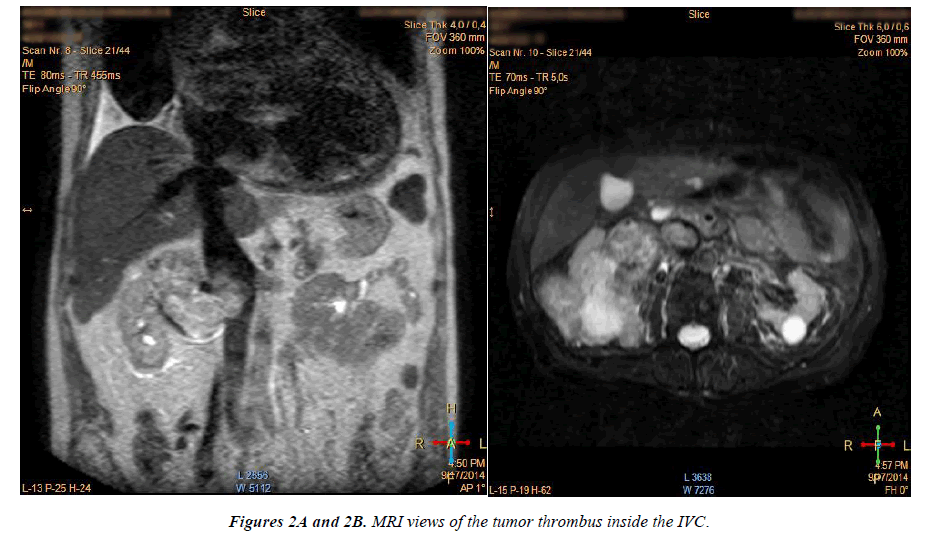 Figure 2a and 2b: MRI views of the tumor thrombus inside the IVC.

Kidney cancer tends to invade the venous system, especially the renal vein and/or the IVC. It is estimated that 4% to 10% of renal cancers form a tumor thrombus within the local venous circulation, where about 1% of them extending into the right atrium.