Psychotic disorder due to a medical condition

Psychotic Disorder due to a medical condition disorder that affects brain function, such as a head injury or a brain tumour, can cause hallucinations, delusions, or other symptoms. The symptoms of paraphrenia are similar to those of schizophrenia.

What is medical psychosis?

Psychosis: A mental condition that significantly impairs a person's ability to handle life's daily responsibilities in the broadest sense. It refers to a specific mental disorder in which reality testing is severely hampered.

What are the types of psychotic disorders?

• Psychotic disorder due to a medical condition

Symptoms of psychosis due to a medical condition

When a patient's medical history, physical examination, or laboratory test results indicate that one or more medical conditions have caused brain changes that could result in psychotic symptoms, and those psychotic symptoms (e.g., hallucinations, delusions) have been present since the medical condition occurred, this diagnosis is made. Psychosis may be brought on by a surprising variety of various medical problems. Brain tumours, cerebrovascular illness, Huntington's disease, multiple sclerosis, epilepsy, auditory or visual nerve damage or impairment, deafness, migraine, and central nervous system infections are all neurological disorders that can induce psychosis. Increases or reductions in thyroid, parathyroid, or adrenocortical system activity are examples of endocrine disorders. Some metabolic causes of psychosis include a reduction in blood gases such as oxygen or carbon dioxide, as well as blood sugar or electrolyte abnormalities. Finally, autoimmune diseases that affect the central nervous system, such as systemic lupus erythematosus, have been linked to psychosis.

Psychosis induced by a medical illness might be a one-time occurrence or recurring, cycling with the underlying medical disease's state. Although addressing the physical problem frequently results in psychotic remission, this is not always the case. Psychotic symptoms can last for years after the medical problems that produced them have been resolved.

Before a diagnosis of psychosis

The following diagnostic criteria must be satisfied. According to the DSM-IV-TR, it is necessary due to a medical condition:

• The disturbance is the direct physiological consequence of a general medical condition, as evidenced by the history, physical examination, or laboratory findings

• The disturbance is not better explained by another medical disorder

• The disturbance does not occur exclusively during the course of delirium 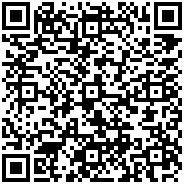