Proteomics and the level of protein activity

Proteomics is the large-scale study of proteomes. A proteome is a set of proteins produced in an organism, system, or biological context. We may refer to, for instance, the proteome of a species for example, Homo sapiens or an organ for example, the liver. Proteomics used to detect protein expression patterns at a given time in response to a specific stimulus, but also to determine functional protein networks that exist at the level of the cell, tissue, or whole organism. Proteomics field is particularly important because most of the diseases are manifested at the level of protein activity. Consequently, proteomics correlate directly for the involvement of specific proteins, protein complexes and their modification status is given in a disease state.

Protein expression proteomics. The quantitative study of protein expression between samples that differ by some variable is known as expression proteomics Structural proteomics, Functional proteomics. Functional proteomics aims for the illumination of the biological function of proteins or protein groups and classes on a proteome-wide level. This includes the characterization of enzyme activities as well as protein or protein interactions and post-translational modifications at proteins. Structural proteomics is the determination of atomic resolution three-dimensional protein structures on a genome-wide scale in order to better understand the relationship between protein sequence, structure, and function. The ultimate goal of structural proteomics is to determine the structure of all proteins in a cell or organism. SP approaches have led to several thousands of protein structures being determined and deposited into the protein data bank .Proteomics relies on three basic technological cornerstones that include a method to fractionate complex protein or peptide mixtures, MS to acquire the data necessary to identify individual proteins, and bioinformatics to analyze and assemble the MS data. There are some branches of proteomics like Protein quantification, Protein separation, Cellular proteomics, Protein modification, Interaction proteomics, Protein sequence analysis, Structural proteomics, Protein identification, and Cellular proteomics. And the objectives of the proteomics study is to monitor the properties of the entire complement of proteins from a given cell or organism, and to determine how these properties change in response to various physiological states, cell cycle, and disease.

proteomics study are important to humans in the fight against diseases by analyzing the protein profiling in the body fluids, proteomics can identify invaluable disease-specific biomarkers. Biomarker means a biological molecule found in blood, other body fluids, or tissues that is a sign of a normal or abnormal process, or of a condition or disease. A biomarker may be used to see how well the body responds to a treatment for a disease or condition. Expression of proteomics provides biomarker detection through comparison of protein expression profile between normal samples and disease affected ones. 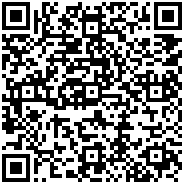