Profile and management of children presenting with intussusception in a tertiary care hospital in Chennai: A retrospective study.

Background: One of the most common causes of bowel obstruction in infants and children is intussusception; children under 3 years of age are more prone to idiopathic intussusception and the same is rare after 6 years of age. Infants between 4 to 10 months of age are more vulnerable. Early recognition results in an increase in the success rate for non-operative reduction which prevents significant morbidity and mortality. Non-operative reduction is considered to be the gold standard form of treatment. Aim: The primary aim of this research paper is to throw light on the profile of children who presented with intussusception, for the first time, to our tertiary care institute which caters to the urban and semi-urban population of Chennai and, also we have analyzed the success rate of Pneumatic reduction Results: During the study period, 71 cases were identified, of which 5 cases were recurrent intussusception. So, 66 cases were included from the study period. 51 (77%) children were less than 3 years of age, 12 (18%) children were between 3 and 6 years, and only 3 children (4%) were above 6 years of age. N=41 (62%) children were male and N=25 (37%) were female. N=40 (60%) children presented within 24 hours of the onset of symptoms, and N=21 (31%) children presented from 24 to 48 hours of onset of symptoms and n=5 (7%) children presented after 48 hours. N=58 (89%) children had successful pneumatic reduction under fluoroscopy in the first attempt; on the other hand, N=4 (6%) children required more than one attempt. N=4(5%) children needed operative intervention, 2 of them due to failed reduction and 2 due to lead points confirmed by CT, Meckel's diverticulum and lymphoma respectively. Conclusion: One of the most frequently encountered pediatric surgical emergencies is intussusception that can be managed non-operatively by the procedure of pneumatic reduction. Failure of pneumatic reduction occurs whenever there is a delay in presentation or diagnosis. The success of non-operative management i.e. pneumatic reduction depends on the skill and experience of pediatric surgeons.

Study type: Retrospective study. Data of the children were collected from the files from our Institute from 1st of June 2017 till the 31st of May 2020. The study subjects included all children who were diagnosed with intussusception from one month to 14 years of age. Children with recurrent intussusception were excluded from the study. The study design is a retrospective cross-sectional study. The sample size was 71 cases, reduced to 66, as 5 cases were recurrent. The details of children like age, gender, time of presentation, primary symptoms, ultrasound findings and type of intussusception were recorded in the data collection sheet. The study was ethically approved by the Institute's ethical committee. Table 2. Etiology and type of intussusception.

N=58 (89%) children had fluoroscopy assisted reduction pneumatically in the first attempt; on the other hand, N=4 (6%) children required more than once (Figure 2). N=4 (5%) children needed surgical intervention, 2 children due to failed reduction and 2 children due to the presence of lead points confirmed by Computer tomography, like Meckel’s diverticulum and lymphoma respectively. All children recovered well and there were no mortality. The study was done in our tertiary institute with the attempt at analyzing the profile of children who presented with intussusception. This study throws light on the time of presentation to the hospital, type and the etiology of intussusception and the success of pneumatic reduction. This study also emphasizes the point, that the gold standard treatment still holds well, except in a very few children who required surgical intervention [1-3].

Children less than 3 years of age (77%) comprised the very large proportion who presented with intussusception which is in the age range, known for idiopathic intussusception. This is according to the study conducted by Langham MR Jr [4]. The gender of the patients was found to have no statistical difference, though a minimal preponderance of boys was seen, which correlated well with the study conducted by Langham et al. [4]. N=40 (60%) children presented within 24 hours of the onset of symptoms. The classical symptoms of abdomen pain with red currant jelly stools were not reported in most of the children [5]. Intussusception is primarily diagnosed by ultrasound. It has sensitivity of 98% in diagnosing intussusception [6]. Imaging gives an idea if the intussusception can be reduced non-operatively or will require surgery. In our review of patients, it has been found that nearly 95% of the children were diagnosed with intussusception primarily by USG.

Ileocolic intussusception was found to be the most common type (95%), in our study, which is corroborating with the literature [7]. The success rate of pneumatic reduction of intussusception in our institute is 89%. In the study by Khorana J, et al the success rate of intussusception getting reduced pneumatically was 61% and in another study by Ito Y, et al. It was reported that in 74% of intussusception was reduced pneumatically [8,9]. In two children who presented after a period of 72 hours, the pneumatic reduction was unsuccessful and in the other two children, the presence of pathological lead points in the form of lymphoma and Meckel's diverticulum led to the failure of non-operative reduction [1]. The high success rate at our Institute could be attributed to the experienced pediatric surgeons who performed pneumatic reduction. As this is a tertiary care center; an emergency theatre facility and a good team of surgeons are available round the clock to tackle any complications arising out of the non-operative reduction procedure. Delay in the presentation and the diagnosis of intussusception can lead to serious complications, including bowel ischemia, perforation, and peritonitis which would need the operative procedure [10].

One of the most common causes of bowel obstruction in infants and children is intussusception; which can be successfully managed non-operatively. 77% of the cases were below 3 years of age. Idiopathic and ileocolic were the most common type. 89% of patients had successful pneumatic reduction under fluoroscopy in the first attempt, on the other hand, 6% required more than once. 5% of patients needed operative intervention, 2 due to failed reduction and, 2 due to the presence of lead points confirmed by CT (Meckel's diverticulum and lymphoma). From our study, we have found out that delayed presentation and presence of lead points were the reasons for the failure of pneumatic reduction 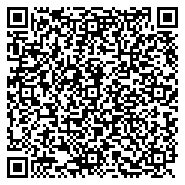