Problems of organization of medical and social care for children with bronchopulmonary dysplasia.

Results: The average age of parents of children with BPD was higher than in the control group. It turned out that 52.9% of fathers and 5.9% of mothers of sick children smoke. Families with two or three children were more common (p=0.011). The share of families with disabled children was 17.6%. Despite this, the monthly income of families is low. The main reason for bad family relations is the child's illness (29.4%). After the birth of a child, only 29.4% of mothers worked in a profession, while the majority of mothers were engaged in household chores (64.7%). 47.1% of fathers had a job; 5.9% were unemployed. It turned out that the parents have good potential to rehabilitate the sick child, but they cannot get all the necessary medical services in the clinic. It turned out that only 17.6% of clinics have pulmonologists, despite the fact that sick children need regular follow-up by a pulmonologist.

Conclusion: The data obtained made it possible to identify the necessary medical and social problems for children with BPD. It is clear that such children and their families need government support.

Thanks to the new criteria for registration of the perinatal period recommended by the World Health Organization (WHO), in recent years, the number of newborns with underweight and extremely low birth weight has increased in the world. According to the WHO, 15 million babies are born prematurely every year in the world, which is 10% of all babies. At the same time, its frequency is growing in all countries [1]. For example, over the past ten years, the average birth rate in the United States is 10.1%, in the UK: 7.8%, in France: 7.2%, in Germany: 9%-10%, in Norway: 7.9%, in Hungary and Russia:10% [2]. According to the statistical digest of the Republic of Kazakhstan, in 2019 5.5% of pregnancies ended in preterm birth, and this indicator tend to increase over the past decade [3].

High morbidity, disability and mortality are the most common problems among premature babies. Bronchial Dysplasia (BPD) is one of the most frequent diseases of premature infants affecting the quality of life of children. On average, 35%-39% of children under 32 weeks of age and 70% of children born with extremely low birth weight develop BPD [4]. To reduce child disability and mortality, it is important to keep these children under dispensary supervision and rehabilitation. In recent years, a number of scientists have raised this issue and conducted various studies [5-7].

BPD is one of the most serious diseases, manifested by respiratory failure, recurrent bronchitis and pneumonia [8]. These children also have many additional diseases. Therefore, the social status of their families and the medical activity of their parents play an important role in the recovery of sick children. Many scientists in different years have conducted research on the medical and social problems of families with children with various diseases. However, in domestic and foreign medicine, there are no studies devoted to the medical and social problems of children with BPD. The above factors prompted us to conduct this study. The research is aimed at identifying socio-economic factors affecting the birth of premature babies, and the possibility of further monitoring, to identify typical family problems and rehabilitative potential in order to make possible predictions of the support they need.

This study was carried out in one of the largest cities of the Republic of Kazakhstan-Almaty. The study involved 20 medical organizations providing outpatient care to the population of Almaty. The studied children are premature babies born in the City Perinatal Center of Almaty in 2013-2017. The main group consisted of 34 children with BPD and their families, the control group consisted of 63 children without BPD and their families.

Before the start of the study, it was considered at a meeting of the ethical committee of the higher school of public healthof the Kazakhstan medical university and a special permit was obtained (protocol No. IRB-A101). Statistical processing and data analysis were performed using the Statistical Package for Social Sciences (SPSS) computer program (version 36.0). During the initial statistical analysis, the frequency (percentage) of the data was determined. To compare data between groups, student'st-test and Mann-Whitney test were used. In the case of P>0.05, the differences were considered statistically significant.

Figure 1: Number of children in the family.

Families whose financial situation deteriorated after the birth of a child were also more common in the main group, at 26.5% and 14.3%, respectively. Unfortunately, the main reason for the poor relationship in the family raising a child with BPD is the child's illness (29.4%). The main reason for poor family relationships in the control group was the lack of free time of parents (31.7%). The reasons for poor family relationships are shown in more detail in Table 2.

Further, in addition to providing medical and social assistance to children with BPD, an analysis of issues related to their health services and needs was conducted. Medical literacy and activity of parents are very important in the rehabilitation of children with serious illnesses. The rehabilitation potential of the parents plays an important role in the recovery of a child with a chronic disease or in the more effective prognosis of the disease. In this study, special attention is paid to this issue and special analytical work is carried out.

A list of necessary measures was provided to identify the necessary medical and social assistance to families raising children with BPD. The number of selected answers is not limited. The needs of a family raising a child with BPD are shown in Table 3.

"Are you monitored in the catamnesis office?" or "Have you been in control before?" 26.5% of parents in the main group, 39.7% in the control group answered "yes", 8.8% in the main group and 4.8% in the control group answered "not always". Despite the fact that all the studied children are premature infants, the low proportion of people under observation in the catamnesis room can be attributed to the opening of catamnesis rooms in Almaty only in the second half of 2017. Currently, two catamnesis rooms in Almaty serve premature babies. The first is located in the City Perinatal Center in Almaty, the second in the Center for Perinatology and Pediatric Cardiac Surgery.

It can be seen that families with children with BPD do not differ from the control group in many aspects. However, a number of medical and social factors affecting the health of a sick child have been identified. It is noteworthy that the age of mothers with BPD is much older than children without this disease. This is related to the results of other studies [10,11]. In a study conducted in Romania (2019) in determining the respiratory results in premature infants, the average age of the mother among the antenatal factors was 30.81, the median was 34, and the standard deviation was ± 7.73 years. In addition, the study found that fathers of children with BPD were older than the control group. This highlights the importance of preconceptive preparation for both parents by reconsidering the generally accepted view that only the mother should be prepared for pregnancy.

Many recent studies have shown the effects of smoking on the development of respiratory diseases in children [8,10-13]. According to our research, more than half of the fathers of children with BPD are smokers and mothers who smoke are identified only in this group of children. According to the research of Agarkov et al., the data content of the father's smoking more than 20 cigarettes per day during pregnancy in a child with BPD was 90.8, which took 1st place among the negative lifestyles of parents [12]. Another study by Russian researchers found that 25.7% of mothers of preterm infants with BPD smoked before and after pregnancy, as well as during breastfeeding [13].

This is characterized by low socio-economic living conditions of families. Despite the high share of families with two or three children and children with disabilities, there is a low monthly income. It has been established that the main cause of poor family relationships is the child's illness. Although most parents have higher or specialized secondary education, they were not employed. The share of working mothers after the birth of a child is small, most mothers are housewives, and most fathers are workers or do not have a permanent job.

Although parents have a good potential to rehabilitate their children, they have not been able to get all the necessary medical services from the clinic. Despite the fact that sick children need regular monitoring by a pulmonologist, almost all clinics show a shortage of pulmonologists or no specialists at all.

Numerous studies have confirmed the inflammatory process in the pathogenesis of BPD [14]. It has been proven that children with BPDsuffer from an inflammatory process in the respiratory tract after the neonatal period, breastfeeding and early childhood, and even older. It affects the lungs, disrupts their development and leads to aggravation of the disease, an adverse outcome of the disease [15]. Therefore, Inhaled Gluco Cortico Steroids (IGCS) are widely used in the first years of life after the neonatal period. However, there are conflicting opinions about the use of IGCS in children with BPD. Data on the possibility of inhibition of the process of alveolarization in children, the effect on the nervous system, the high mortality rate among children using IGCS are alarming [16-18]. Currently, there is a need to continue research to assess the efficacy/safety ratio of inhaled steroids in children with disabilities [19].

According to the protocol of diagnosis and clinical treatment of BPD, which appeared in our country in the perinatal period, Budesonide was included in the outpatient treatment in the absence of exacerbation of the disease [20]. However, the study found that children with BPD needed twice as much medication as the control group. These drugs include pulmicort. Given the fact that palivuzimab vaccine is not given to at-risk children in our country, we can see that the importance of this issue is growing day by day.

Thus, the data obtained from the study will help to identify issues in the organization of medical and social care for children with BPD in Almaty. Children with BPD have a higher risk of developing chronic obstructive pulmonary disease in adulthood. It is obvious that such cases bring great burdens to sick families and the state. Therefore, sick children and their families need continuous medical and social support from the government.

All authors substantially contributed to this work.

The authors declare that they have no competing interests, and all authors confirm accuracy.

The data used to support the findings of this study are available from the corresponding author upon request.

Diseases of the respiratory system occupy one of the leading places in the structure of morbidity in premature infants and affect the indicators of infant mortality and child disability. In recent years, bronchopulmonary dysplasia has come to the fore in terms of frequency and clinical significance as the most common form of chronic lung disease in the neonatal period, which is often the cause of chronic obstructive pulmonary disease. The results of the first study conducted in Kazakhstan on this topic will help healthcare organizers understand the need to take measures to improve medical and social assistance to children with this disease. 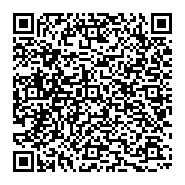