Prevotella ruminicola is recently found in periodontal flora and is seen to be inversely related to red complex bacteria. Its inherent potential to degrade polysaccharides with less acid production is still not utilized in dentistry. While its potential use in treatment of periodontal lesions is discussed in this paper, its risk v/s benefits are elaborated with evidence. It is possible routes of delivery can be through probiotic recipes. In future such studies have to be conducted to result in better prognosis of periodontal diseases.

Prevotella ruminicola is widely distributed in rumen of many mammalian species for their role in utilization of polysaccharides ingested by these animals [1]. They have huge genotypic variations [2,3]. There is also evidence that they play a major role in metabolism of protein [4]. In relevance to periodontal flora, this species has not yet been related in the scientific literature. As oral cavity is home to innumerable and diverse flora, it has only recently come to the notice of science due to advent of metagenomics. Amidst a lot of unculturable and unidentified specie, this has been a surprising finding. This paper focusses on its relation to periodontitis and its potential role in treatment of periodontitis.

The study was approved by Human Ethics Committee of Bharath Institute of Higher Education and Research, Chennai, conducted from samples collected from outpatients of Sree Balaji Dental College and Hospital, Chennai, with informed consent. Current study is cross-sectional, and samples (subgingival plaque) were collected from 6 individuals classified in to 2 groups ’ viz. Group I: Aggressive periodontitis and Group II: Chronic periodontitis. The study specifically excluded patients who had another systemic considerations like pregnant women, tobacco (in any form) user and alcoholics. The DNA was extracted from the sub gingival plaque samples and usual DNA amplification and metagenomics were conducted to obtain the list of bacteria present and their counts. From this, Prevotella ruminicola was observed and values were noted. They were compared with levels of red complex bacteria and spirochetes.

The bacterial counts among chronic and aggressive presentations were compared using student t-test. The influence of a particular species to other was determined by correlation coefficient. p value less than 0.05 was considered significant.

P. ruminicola count is seen to reduce with increase in red complex bacteria (R=-0.59). The difference is statistically significant. P. ruminicola appears to inhibit spirochetes (R=-0.24). From the results observed, presence of Prevotella ruminicola is inversely proportional to count of red complex bacteria and spirochetes. Hence P. ruminicola acts against periodontal pathogens by hindering the metabolism of periodontal pathogens in their niche. Reasons for this kind of activity can be attributed to their action on polysaccharides secreted by these known pathogens. Proteolytic action of P. ruminicola is well known and hence it can be assumed that it degrades proteins of periodontal pathogens. Plaque as we know it is a biofilm formed by including the secretions of flora, which are predominantly polysaccharides and peptides. When these frameworks that support pathogens are disintegrated by P. ruminicola, their pathogenic activity will be obviously reduced (Table 1) [5].

While the action of R. ruminicola on polysaccharides is shown and applied above, it is essential to note that cariogenic flora thrive on carbohydrates. It can be sensible to assume that presence of such bacteria can hasten the breakdown of polysaccharides and prevent its adhesion to tooth surface. While degradation of polysaccharides can result in lesser caries, its hydrolysis can release acids and raise the pH of local environment. But, Strobel et al., has shown that acid production of these bacteria is significantly lesser that other species [6]. Hence it can be safely said that its role in cariogenicity is very less if not nil. Attention should be brought to the fact that, it has not yet been isolated from carious tooth structures.

In this study it was also observed that cariogenic flora was also influenced by P. ruminicola, though the cause effect relation could not be determined. In general streptococcus mutans and sobrinus are taken to be virulent pathogens in dental caries [7]. However, within the groups, there was no significant difference in S. mutans and S. sobrinus count. While S. Mutans and S. sobrinus was compared with count of P. ruminicola, there appears to be a positive relationship (R=0.81 and 0.69 respectively). When cariogenic flora increases, there appears to be an increase in P. ruminicola also. This need not implicate P. ruminicola in caries, but can be related to higher availability of polysaccharides, implying proliferation of its consumers.

Preparation of probiotic recipes requires proper identification of flora that serve to shift the dysbiota towards normalcy. Here, it is to be noted that P. ruminicola is a commensal in many mammals. Also, it such a dysbiotic condition, it still serves to inhibit pathogens, rather than becoming an opportunistic pathogen by itself. This fact needs to be highlighted and made known to the scientific community, so that more patients can be benefitted. Further, as P. ruminicola is not yet reported with dental caries and it may require further investigations in cardiology. But, P. ruminicola can be used to shift the periodontal dysbiota to clinical favourable conditions and it can probably be delivered as a part of probiotic recipe. It is also seen that periodontal pathogens inhibit carious flora and vice versa. Though P. ruminicola cannot be a permanent solution to periodontitis, its introduction in oral cavity can be beneficial along with anti-cariogenic species in the probiotic recipe. Since probiotic therapies as on date are only effective in short term, addition of bacterial species like P. ruminicola can make the recipe more successful [8].

It is also higher in chronic presentation of periodontitis cases. Hence, it can be used shift aggressive cases to chronic presentations, making the management easier and reduce the rate of periodontal destruction. In future actual interaction of ruminicola with pathogens has to be established to effectively utilize this relation.

This study has effectively shown that Prevotella ruminicola can serve as a valuable tool in control of periodontal dysbiota and also help in shifting the prognosis to clinically favourable side. In future, this should be effectively applied in prevention and management of periodontal diseases. 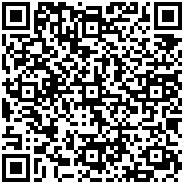