There is no doubt that substance abuse (SA) is a major public health problem that affects nations throughout the world. As rates of alcohol, cigarette, and marijuana use are very low prior to age 11, the critical period for SA is from eight to twelfth grade when rates increase dramatically.

There is no doubt that substance abuse (SA) is a major public health problem that affects nations throughout the world [1,2]. As rates of alcohol, cigarette, and marijuana use are very low prior to age 11, the critical period for SA is from eight to twelfth grade when rates increase dramatically [3]. Moreover, most individuals who have an SA began their substance use before age 18 [4]. Therefore, if SA is to be prevented, it is of critical importance that prevention efforts target factors that increase its risk in adolescence. This short communication will argue that Attention-Deficit/Hyperactivity Disorder (ADHD) is one of the major risk factors for SA, and therefore its early identification and effective treatment can make an important contribution to prevention.

ADHD is a common neurodevelopmental disorder characterized by inattention, or hyperactivity-impulsivity, or both [5]. Evidence that ADHD is a major risk factor for SA comes from two major domains. First, although, the world-wide prevalence of ADHD among children and adolescents is estimated to be only 5-7%, findings from numerous studies report prevalence rates of ADHD among adolescents in treatment for SA ranging from 24% to 50% [5-8]. Second, numerous studies have found that ADHD is a risk factor for SA [2,9].

Of the several possible mechanisms that might explain how ADHD increases risk for SA, the predominant mechanism involves a deviance-proneness pathway. Beauchaine and colleagues have identified a pathway that begins with ADHD behaviors characterized by behavioral impulsivity in early childhood followed by oppositional/defiant behaviors, culminating in more severe conduct problem behavior [10]. It is these latter behaviors that markedly elevate the risk for developing an SA in adolescence as they not only promote risky, sensation seeking behaviors that can result in experimentation with substances of abuse but also promote associating with substance abusing peers [11].

Having established that ADHD is major risk factor for the development of SA, it therefore follows that the early identification of ADHD combined with effective treatment should reduce the risk for SA. The early identification of ADHD has received strong support from a recent prospective study which followed-up 125 children (107 boys) with ADHD from early childhood to late adolescence [12]. The vast majority of children continued to exhibit more ADHD symptoms, impairments, and risky behaviors than a normal comparison group. Thus, it is clear that children with ADHD can be identified in early childhood [13].

Regarding treatment, although there is copious evidence attesting to the efficacy of short-term treatment (e.g., up to 14 months) of ADHD with stimulant medication, there is considerable controversy about the effects of treatment of ADHD in childhood on later outcomes, including SUD. [5,9,14]. This is because long-term studies of outcome using the gold standard of random assignment do not exist as it would not be feasible or ethical to assign participants to a non-treatment condition for 5 or 10 years. Furthermore, the existing naturalistic studies are hampered by serious confounds which make it very difficult to determine treatment efficacy. For example, there is the paradoxical finding that treatment for ADHD is a predictor of persistence rather than desistence of ADHD [15]. This finding is due to the most severe cases of ADHD being selected for treatment, and thus treatment is in effect a proxy for severity-a robust predictor of persistence. Nevertheless, two recent studies that combine large-scale health record data with designs that can compare stimulant treatment of individuals with ADHD across medicated and unmedicated periods provide impressive support for the concurrent efficacy of ADHD medication in lowering the rate of SA. In the first study, Chang and colleagues [16] used the Swedish national registry to study all individuals born 1960-1998 and diagnosed with ADHD. In investigating the association between ADHD stimulant medication in 2006 and substance abuse in 2009, they found that the substance abuse rate was 31% lower among those prescribed ADHD medication in 2006, even after controlling for numerous potential confounding factors. This effect was even stronger for juveniles fifteen years old or younger. Also, the study found the longer the duration of medication, the lower the rate of substance abuse. In the second study, Quinn and colleagues analyzed commercial health care claims from a large United States sample (2,993,887, 47% female) adolescent and adult ADHD patients. [18] The study found that males had 35% lower odds of substance-related events and females a 31% lower odds of substance-related events during the periods when they were on stimulant medication compared to periods when they were not. Moreover, male patients had 19% lower odds of substancerelated events 2 years after medication periods. In conclusion, since there is no doubt that ADHD is a major risk factor for SA, it stands to reason that its effective treatment should reduce the risk for SA. Very strong empirical support for this prediction has been provided in two recent studies with very large samples which found that stimulant treatment of individuals with ADHD significantly lowered their rates of SA. However, empirical support for the prevention of the development of SA in children with ADHD through stimulant treatment is, in general, weak. This is because the treatment must be continuous and it must be of high quality if it is to be efficacious. Unfortunately, only 10% of individuals who begin stimulant treatment for ADHD in childhood continue this treatment into adolescence and this treatment is typically suboptimal. [14] Therefore, much work must be done to bring this promising prevention to fruition. 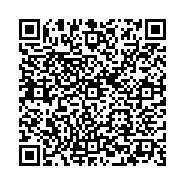