Objectives: To assess the prevalence of symptomatic hypocalcaemia in neonates in neonatal intensive care unit in al-Diwaniyah city. Patients and Methods: This cross-sectional analytical study was conducted at the neonatal intensive care unit of the maternity and children teaching hospital in Al Diwaniyah from January to May 2021. The total number of twenty-nine neonates with hypocalcaemia were included in this study from 709 neonates, admitted to the neonatal intensive care unit at the hospital. The parameters of newborns(age, gender, weight, the age of the newborn at the time of occurrence of hypocalcaemia, signs, and symptoms at diagnosis of hypocalcaemia, in addition to investigations of serum calcium in the blood). Results: Out of a total of 709 newborns treated at neonatal intensive care unit, hypocalcaemia was found in 29 subjects (4.01%), 72.4% of them were males and 27.6% were females, 58.6 of them was term and 41.4% was preterm, Age group at the firsts day of constituted 17.8% while the age group of 1-7 day constituted 17.2% and the age group more than 7 day was 13.8 %. Patients with serum calcium levels between 5-7 mg constituted 34.5% and between 7-8.1 mg/dl were 65.5%. Conclusion: The prevalence of symptomatic hypocalcaemia in neonates examined was 4.01%. Recommendation: more attention should be devoted to identifying risk factors, prevention, early identification, and metabolic support for sick newborns.

Hypocalcaemia is a frequently observed clinical and laboratory abnormality in neonates [1]. The etiology of hypocalcaemia varies with the time of onset and the associated illnesses of the child [2]. Neonatal hypocalcaemia is classified according to its onset to early-onset which manifests within the first 72 hours of birth and delayed onset after 3 days of birth [3]. Causes include prematurity maternal diabetes birth asphyxia fetal growth restriction and hyperparathyroidism [4-12]. Late hypocalcaemia usually occurs at the end of the first week of life but may occur earlier after the second or third day after birth [13]. The mechanisms for late neonatal hypocalcaemia are unclear but may represent a delayed response to the rise of PTH following hypocalcaemia [2,14]

Further Ca supplementation is provided either parenterally or orally, if enteral feeds are tolerated. Infusion of Ca gluconate is associated with risks that must be weighed against the benefits of treatment [21]. Risks include bradyarrhythmias that can result from rapid elevations in serum Ca concentration, further evaluation is warranted if infants have persistent early hypocalcaemia that does not respond to dietary treatment, develop late hypocalcaemia, or have associated seizures [21].

This is a cross-sectional analytical study conducted at the neonatal care unit of the maternity and children teaching hospital in Al-Diwaniyah city. It was carried out over 3 months, from January to May 2021. The total number of twenty-nine newborns with symptomatic hypocalcemia was included in this study of 709 neonates in this period.

The exclusion criteria: were infants with missing or incomplete data and infants older than 28 day

Data collection: Data were collected by interviewing mothers using a pre-prepared and pretested structured Arabic questionnaire include the age of newborns, sex, weight, maturity, early hypocalcemia (during the first three days of life), and late hypocalcemia (after 72 hours) were obtained. And symptoms of hypocalcemia which include (lethargy, poor feeding, and history of fit). Hypocalcemia is defined as a calcium level less than 8.0 mg/dl also patients were divided according to the severity of hypocalcemia, to those who had serum calcium levels less than 7 mg/dl and those who had serum calcium levels between 7-8.2 mg/dl. Informed consent was obtained from each participant. Patients' data were kept confidential. Ethics approval for the study was obtained from the pediatrics department of Al-Qadisiyah University of medical faculty.

The data obtained were analyzed using SPSS software version 19.0 for Windows (SPSS), chi-square, and Fisher's test were used where applicable. P values of less than 0.05 were considered statistically significant. According to time of onset of symptomatic hypocalcemia, 14 cases (48.3%)had early hypocalcemia, while 15 (51.7%) had late hypocalcemia, We recorded twenty-three cases (79.3%) of them as lethargic, eighteen (62.1%) of them were poor feeding and three cases (10.1%) presented with convulsion as shown in Table 1.

The neonatal serum calcium level distribution was between 5.8 to 8 mg/dl and the mean level of serum calcium was 7.2276 mg/dl as shown in Figure 4. Our research showed that incidence rates were higher in the newborn with gestational age >37 weeks was 58.6% this result is in agreement with a study conducted in Algeria [28]. But another study in Iran shows a high percentage of hypocalcemia was detected in premature infants from 28 to 32 gestational weeks [29]. Regarding the risk factors of newborns involved in the study, our research has shown that a greater number of newborns had a male gender which is in agreement with the findings of other studies in Jordan and Egypt [1,5]. and birth weight between 1100 g and 3500 g comparable with another study conducted in Bosnia and Herzegovina was birth weight between 2500 g and 3500 g According to this same study, the most common age of the newborn at the time of occurrence of hypocalcemia was within the first 24 hrs of life, while our research showed that hypocalcemia is most common in the eighth day of life, and in another study conduct in South Korea showed that the most common age in the third day of life [30,31].

Our research has shown that a greater number of newborns had lethargic about 79.3%, poor feeding was 62,1% and convulsion only three cases which is not in agreement with other studies conducted in Jordan and Iran that noted Seizures were the most common symptom in neonatal hypocalcemia [32,33].

•The prevalence of neonatal hypocalcemia in the study population was 29 (4.01%).

•Hypocalcemia was more in males in comparison with females, also was more in neonate followed by gestational age more than 37 weeks.

The recommended the implementation of preventative strategies as an effective public health measure for maternal and neonatal health care programs through:

•Calcium supplementation should be offered during pregnancy and Lactation.

•Routine investigations of serum calcium as a part of maternal and child health care program for early detection and management of neonatal hypocalcemia to supplement those with deficiency.

•Neonatal calcium levels should also be monitored to intervene in cases of neonatal hypocalcemia. 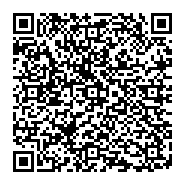