Helicobacter pylori, formerly known as Campylobacter pylori is a gram negative, curved, microphilic and motile organism. It colonizes and grows in human epithelial tissue and mucus. It is a common bacterium infecting about half the world’s population [1]. There is substantial evidence that it causes chronic gastritis, peptic ulcers, and duodenal ulcers and is also involved in the development of gastric carcinoma [2-4]. Helicobacter pylori was identified in 1984 [5] and further it was classified as carcinogenic to humans by The International Agency for Research on Cancers in next 10years [6]. Actual infection rates vary from nation to nation and the developing world having higher rates than the developed countries [1,2]. The age at which this bacterium is acquired seems to influence the possible pathologic outcome of the infection.

Infections are usually acquired in early childhood in most of the countries [7]. Acquisition at an older age brings different gastric changes more likely to lead to duodenal ulcers [8]. In industrialized countries almost 50% of adults are infected, although its prevalence seems to be decreasing [9]. However, in developing countries the prevalence is higher and as much as up to 90% figure has been reported [10,11]. Once acquired, Helicobacter pylori infection generally persists throughout life, unless treated by specific antimicrobial therapy [10]. Helicobacter pylori consist of a large diversity of strains and genomes [12-16].The study of genome is focused to understand the ability of this organism to cause disease. Twenty nine percent of the loci are in the ‘Pathogenic’ category of genome database and two of the sequenced strains have an approximately 40 Kb long cytotoxin associated gene pathogenicity island (cag PAI), which a common gene sequence responsible or pathogenesis is containing over 40 genes. This cag PAI is usually absent from Helicobacter pylori strains isolated from humans who are carriers of Helicobacter pylori but remain asymptomatic [17]. The cytotoxin associated gene ( cagA )gene codes for one of the major Helicobacter pylori virulence proteins. Bacterial strains that have the cytotoxin associated gene ‘CagA’ gene are associated with an ability to cause ulcers [18]. It is important to state that many individuals who might be harboring the bacterium do not develop any clinically apparent disease.

Several modes of transmission of Helicobacter pylori are suspected and no single pathway has been clearly identified. It has been demonstrated that housefly has the potential to transmit Helicobacter pylori mechanically [19] and thus poor sanitation may potentiate its spread. Person to person contact is considered to be the most likely transmission route. Another important mode of transmission is iatrogenic in which tubes or endoscopes that have been in contact with gastric mucosa of one individual are used for another patient [20]. Occupationally acquired infections have also been reported especially among, endoscopists and gastroenterologists [10,20-22]. Another possible route is orofecal and Helicobacter pylori have been isolated from faeces of infected young children [10,21].

There are also studies investigating the association between the seroprevalence of Helicobacter pylori and Hepatitis A virus [23-28]. Water contaminated with faeces may be a major source of infection as is consumption of uncooked vegetables irrigated with water contaminated with seropositivity [29]. Contaminated municipal water supply has greater chances of spreading Helicobacter pylori infection as compared to private water supply [30]. Sporadic isolates have been found from dental plaques and saliva [31,32]. Various socio-economic conditions comprising of high density crowding, poor sanitary practices, family income, educational level and occupation [33-35] have been held responsible in spreading of the pathogen. In developing countries, factors related to community and religion might also be responsible [36]. Early detection of Helicobacter pylori population and its eradication may result in significant improvement in severity of dyspeptic symptoms. It is important to find out Helicobacter pylori prevalence and identify high-risk population so that treatment strategies can be appropriately planned. This becomes even more important for those patients who are harbouring Helicobacter pylori but are asymptomatic.

Hence the present hospital-based cross-sectional study was done on patients attending OPD for conditions other than gastro-intestinal disorders and the prevalence of Helicobacter pylori was estimated. Other parameters like socio-economic status according to Kuppuswamy grading, age, sex, diet, pallor and tobacco consumption were also studied and association of Helicobacter pylori if any, was identified.

The study was conducted in the department of Medicine at GSVM Medical College, Kanpur in collaboration with de partment of Physiology at KGMU, Lucknow during 2012- 2013. A total of 208 patients of both sexes attending OPD for symptoms other than those of gastrointestinal disorders were screened for Helicobacter pylori .Written informed consent was taken from all the patients after explaining to them the nature and purpose of study. Ethical clearance was taken prior to the study from the ethical committee. Patients who had taken proton pump inhibitors or antibiotic for a month prior to study were excluded. Patients’ stool samples were collected in airtight containers and stool assay was performed using Immunocard STAT HpSA test (Standard diagnostics Inc).

The test device and the sample were brought to room temperature prior to testing. The test device was laid on a flat dry surface and about three drops of the prepared sample were poured into the sample well. Interpretation was done after fifteen minutes. Two colour bands, one at test band and another at control band indicated a positive result. Negative test results showed only control band. HpSA test is a non-invasive, accurate test especially useful for screening of asymptomatic subjects. Pallor was seen in the lower palpebral conjunctiva.

Data were analysed by the chi-square test to compare the association between different variables and positive Helicobacter pylori rates. A value of P <0.05 was considered statistically significant. Calculations were done using the software package SPSS 16.0.

Table 2. Number of Helicobacter pylori positive patients according to sex

Table 5. Number of Helicobacter pylori positive patients according to diet

Table 6. Number of Helicobacter pylori positive patients according to pallor

We are sincerely thankful to the faculty of KGMU, Lucknow and GSVM Medical College, Kanpur for their valuable support and guidance. I also extend my gratitude to Standard Diagnostics Inc for providing me the kits for Helicobacter pylori. 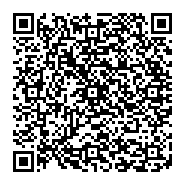