Background: Anaemia is the most common nutritional deficiency disorder in the world. The prevalence of anaemia is alarmingly high in India. Major work regarding prevalence of anaemia has been done in pregnant females, adolescents and young children. There are relatively few limited studies in college going youth population in developing countries like India.

Objective: The objective for conducting the present study was to determine the prevalence of anaemia in urban, educated, young, unmarried, college going girl students.

Material and methods: A cross-sectional study was conducted among the 74 urban, college going girl students in age group of 18-28 years. The haemoglobin was estimated by “Compolab”, based on broad spectrum photometric measurement of haemoglobin in unaltered whole capillary blood.

Conclusions: Anaemia is a multifactorial disorder. It requires a multipronged strategy for its prevention and management. The results in our study suggested that innovative strategies like good education, improving health and hygiene awareness and up liftment in socioeconomic status might be helpful in reducing the prevalence of anaemia.

Anaemia is the most common nutritional deficiency disorder in the world. About one third population of the world is anaemic [1]. Out of the entire world prevalence of anaemia in the South Asian countries is highest. According to World Health Organization (WHO), out of the South Asian countries prevalence of anaemia is highest in India [2]. Moreover, prevalence of anaemia is high in all the states of India [3]. The prevalence of anaemia is alarmingly high in India due to (I) low dietary intake of iron (less than 20 mg/day) and folic acid intake (less than 70 mg/day); (II) poor bioavailability of iron (3-4% only) in phytate and fibre-rich Indian diet; and (III) chronic blood loss due to infection such as malaria and hookworm infestations [4,5]. Anaemia has major detrimental effects on the health of community. Apart from this, it takes its toll on the socio-economic development of the nation. The consequences of anaemia for women and neonates include increased risk of low birth weight or prematurity, prenatal and neonatal mortality, inadequate iron stores for the new-born, increased risk of maternal morbidity and mortality, and lowered physical activity, mental concentration, and productivity. Women with even mild anaemia may experience fatigue and have reduced work capacity [6-9]. Five major surveys namely National Family Health Survey (NFHS) 2 and 3, District Level Household Survey 2 (DLHS), Indian Council of Medical Research (ICMR), Micronutrient Survey and Micronutrient Survey conducted by National Nutrition Monitoring Bureau (NNMB) were undertaken to estimate prevalence of anaemia in India [3-5,10,11] Results of these surveys were dismal. As per NFHS 3 survey, about 55% of Indian women are anaemic. Indian government has been taking steps from time to time to tackle the problem of anaemia in community. National programme for prevention of nutritional anaemia was launched by government during the 4th five year plan. The programme consisted of distribution of Iron and Folic acid tablets to pregnant women and young children in age group 1-12 years. Apart from this, other causes of malaria like malnutrition, hookworm infestation, malaria, are also being dealt with various national programmes. Still the prevalence of anaemia is high as indicated by above cited national surveys and various researchers. Major work regarding prevalence of anaemia has been done in pregnant females, adolescents and young children. There are relatively few studies in college going youth population of our country. So in present study we determined the prevalence of anaemia in urban, educated, young, unmarried, girl students in age group 18-28 years.

The cross-sectional study was carried out on 74 urban, college going young, unmarried girl students in age group range of 18-28 years, having body weight more than 45 kg, who volunteered for blood donation in blood donation camp organized in IISER campus-Mohali. The subject was made to sit comfortably and under all aseptic precautions capillary blood sample was taken. After pricking fingertip with lancet, two drops of blood were discarded to ensure pure fresh capillary blood sample. Then one drop of blood was placed in the cuvette for haemoglobin measurement. The haemoglobin levels were analysed by “Compolab” (Fresenius Kabi Deutschland GmbH Borkenberg 14D-61440 Oberursel- Germany), based on broad spectrum photometric measurement of haemoglobin in unaltered whole capillary blood.

All the data thus collected was compiled, tabulated and analysed statistically. The WHO classification of anaemia was used for classifying the subjects according to severity of anaemia [12] as shown in Table 1.

Table 1. World health organization criteria for the classification of anaemia. 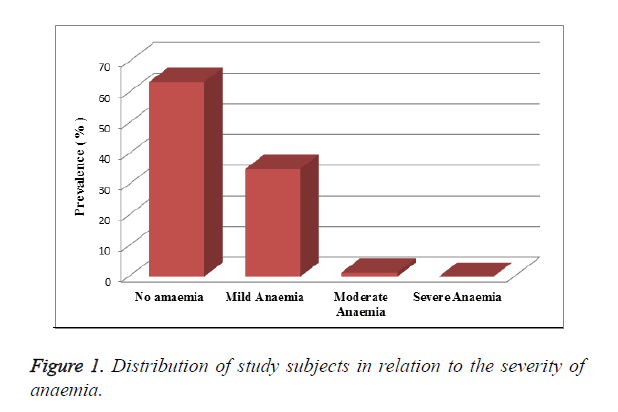 Figure 1: Distribution of study subjects in relation to the severity of anaemia.

We thank Dr. Ravneet Kaur, Professor and Head, Department of Transfusion Medicine, Government Medical College and Hospital, Sector 32, Chandigarh and her staff for the technical help. Our thanks to participants for giving us the opportunity for being the part of this study.