To prevent malaria morbidity and mortality, the Ethiopia national malaria control strategy targeted to reduce malaria incidence by 40% from baseline of 2015 and to achieve near zero malaria deaths by 2020 [3]. In these respect, the country has made significant progress in prevention and reduction of malaria related mortality. In spite of 100% bed net coverage and marked reduction of malaria mortality in Southern Nation Nationalities and People Regional State (SNNPRS) of Ethiopia, malaria is still the leading cause of under-five morbidity [4]. According to the 2015 malaria indicator survey, the prevalence of fever among under five children was 22.3% in the region [5].

Studies revealed that use of Long Lasting Insecticide Treated Net (LLITN), indoor spraying of insecticide, high wealth index and educated care takers are associated with reduced malaria risk [6-8]. However, results on the relationship between bed net utilization, increased wealth index, and malaria risk are inconsistent across Sub- Saharan Africa countries [9,10]. On the other hand, study from Gambia, Uganda, Nigeria and Ethiopia [8] showed increased risk of malaria among children with stunting, severe acute malnutrition and sever wasting [11-13]. In contrary, study from Papua New Guinea revealed negative association between height for age Z-score (HAZ) and risk of malaria [14]. The association between stunting and malaria were far from complete.

Evidence based integrated approach is required to achieve targets of malaria reduction in Ethiopia. However, predictors of childhood malaria including Insecticide Treated Net (ITN) shape preferences, environmental factors other than swampy area, and socioeconomic related factors are not well studied in malaria risk areas of Southern Ethiopia. Despite, vulnerability and major consequences of malaria illness among under five, most studies were conducted among adult population of the country [7]. Therefore, this study aimed to identify predictors of malaria among under five children living in households having insecticide treated bed net in the rural community of Shashego district, Southern Ethiopia.

A community based case-control study design was used to identify predictors of malaria among under five children. We compared under five children having malaria with healthy children. Children were recruited from rural community of Shashego district, Hadiya zone, Southern Ethiopia from May to August, 2015. Astronomically, the district is located at 7°41’-7°70'N latitude and 37°92- 38°12'E longitude. Altitude ranges from 1501-2500 m above sea level. It is found in intermediate highlands (between 1,500 and 3,148 m above sea level). The mean annual rainfall range from 1001 to 1200 mm. The yearly mean temperature varied from 17.6°C to 20.36°C over the years. The district has a total population of 95,503. Of these, males consisting of 47,899 and females 47,604 with a very high proportion of population in the young age group [15].

The study populations were selected cases and controls of under five children living in ITN available households. Cases were under five children with sign and symptoms of malaria and positive for malaria Rapid Diagnostic Test (RDT). Controls were under-five children without sign and symptoms of malaria and negative for malaria RDT and living in the same kebele with cases (kebele is the smallest administrative unit in Ethiopia). The sample size was calculated using Open Epi statistical software for unmatched case control design with the assumption of the proportion of exposure among control (P=0.43), 95% confidence interval, 80% power, odds ratio of 2.31 and case to control ratio of 1:4 [16]. The calculated sample size yields 315 subjects (i.e., 63 cases and 252 controls). From the total 34 rural kebeles in the district, 8 kebeles were selected using simple random sampling technique. Number of households having children age 1-59 months (4477 children) was obtained from health extension workers. Probability proportional to size method was used to allocate the sample size to each selected kebeles. After cases identification, controls were selected from the same kebele with the cases. Controls with prior malaria diagnosis in the preceding one year, sign and symptoms of malaria during the study period, and primary residence outside the study area were excluded.

Pre-tested and interviewer-administered structured questionnaire and malaria RDT were used to collect data. The questionnaire was initially prepared in English and then translated to Amharic. Then the Amharic questionnaire was back translated to English to check for any inconsistency in the meaning of the words and/or concepts. The questionnaire contains five parts. The first part comprised laboratory test for malaria. The second part includes socio-demographic and economic variables. The third part contains ITN utilization and related factors. The fourth part encompasses housing structure and condition characteristics. The fifth part includes anthropometric measurements. A total of eight nurses and two supervisors were involved in the data collection. Before data collection two days training was given for data collectors and supervisors. The training was given by focusing on contents of the questionnaire, malaria RDT procedure, and process of data collection. Blood samples were collected by taking finger pricking from both cases and controls [17]. Multi-species RDT kit was used to diagnose malaria according to standard procedure recommended by manufacturers [18]. Height for children aged 25- 59 months were measured using a measuring tape in a standing position. For children aged 6-24 months length was measured using calibrated portable board [19]. Both measurements were recorded in centimeter (cm). The data collection process was supervised through observation and the filled questionnaires were checked for consistency and completeness.

Reliability test was performed using variables involved in measuring the wealth of the households. Cronbach’s alpha was calculated for household and asset variables. Then variables selected based on computed alpha values were entered in to the principal component analysis to estimate a relative household wealth index. Tercile of the wealth index was generated and used to classify households as low, middle and high wealth indexes.

Children whose height-for-age Z-scores are below minus two standard deviations (-2 SD) and -3 SD from the median of the WHO reference population were categorized as stunted and severely stunted [19].

After data collection, each questionnaire was checked for completeness and the data were entered in to Epi info version 3.5.1 statistical software. Anthropometric data were entered in WHO anthro software version 3.2.2 to calculate Z-scores height for age data. Then these Z- scores were exported to SPSS version 20 statistical software and merged with other variables for further analysis. Variables with p-value of <0.20 in bivariate analysis were selected for multivariate analysis. Multivariable logistic regression analysis was done to control the effect of confounders. In the final model, variables with Variance Inflation Factor (VIF) less than 10% were included to avoid multicollinearity. P-value less than 0.05 were used as cut of point to determine presence of statistical significance. Goodness of fit for the final model was assessed using Hosmer and Lemeshow test.

After controlling for frequency of bed net use, presence of hole, and nets re-treatments in the multivariate analysis, shape of ITN, presence of maize/enset plant, wealth index, and presence of stunting were identified as independent predictors of childhood malaria.

Another important predictor was the presence of stunting among children. Compared to children with normal HAZ score, the probability of having malaria was increased by 13.23 (AOR=13.23, 95% CI: 2.41, 72.54) among stunted and 8.29 times among severely stunted children (Table 2).

In this study, we identified four predictors that affected the risk of under-five malaria in Shashego district, Southern Ethiopia. These predictors were; shape of ITN, presence of maize/enset plant within the surrounding compound of their household, household wealth index, and stunted child growth. These findings provide information for program managers to design intervention that improves ITN utilization. Furthermore, this study informs policy makers on the role of sustainable poverty alleviation and nutritional intervention to achieve malaria related SDG target.

The increased risk of malaria occurrence among children living in a household having rectangular shape ITN compared to household having conical ITN. This could be explained by the need for additional materials to tuck rectangular ITN. In our study, most of the participants had no bed and sleep on floor (95%).

Findings on bed net use and malaria occurrence among under five children were inconsistent across African countries. Our finding was in congruent with the study conducted in Nigeria where no association between bed net use and fever prevalence among under five children [20]. Negative association was reported by another study conducted in Nigeria [21]. However, the relationship was positive in Ghana, Kenya and Sierra Leone [9]. The difference might be due to malaria diagnosis method, and study design. Despite the fact that malaria is not the only Acute Febrile Illness (AFI), fever was used as a method of malaria diagnosis in the other studies. For the other studies in Ghana, Kenya, Sierra Leone and Nigeria, residual malaria transmission may be the reason for the positive relationship of bed net use and malaria.

The study revealed that children living in household compounds surrounded with maize and/or enset plant (False banana) were more prone for malaria infection than children living in household where there no maize/enset around. This might be due to the nature of maize plants to form favorable environment for enhanced Anopheles breeding. Evidence indicates that pollen from maize or sweet corn is known to be an important food source for the larvae of Anopheles arabiensis and consequently cultivation of the crop can increase malaria transmission in endemic areas [22]. The relationship between enset plant and risk of malaria could be due to the capacity of enset plant to store water in the space between stem and leafs that may serve as mosquito larvae breeding site.

Poor people are at increased risk of frequent malaria infection [23]. The result of this study shows negative relation between household wealth index and malaria. Children living in households with low wealth index were at increased risk for malaria than those in households with high wealth index. Similar result reported by the study conducted in Ghana, in which, relative to lowest wealth index quintile, children in highest quintile were less likely to report fever [24]. This relationship is confirmed by other study conducted in Tanzania [10]. One reason that could account for this relationship is that wealthier households are better to provide preventive measures to household members including children under age five. This finding also implies poverty could be a major barrier for early and effective treatment seeking practice.

This study is limited by the use of Rapid Diagnostic Test (RDT) for malaria diagnosis. However, RDT offer the potential to extend accurate malaria diagnosis to rural areas when microscopy services are not available; easy to perform the test and interpret the result. Non random selection of the cases may affect generalizability of the finding.

Before ITN distribution, the local community ITN shape preference should be assessed for effective utilization and to reduce malaria cases. Poverty alleviation along with long term nutritional intervention and food security has an effect to reduce malaria disease occurrence. We recommend further entomological study on presence of enset around households and malaria risk.

The study obtained ethical clearance from Ethical and Research Approval (ERA) Committee of Hossana College of Health Sciences. Permission paper was obtained from administration of Shashego district Health office. Written consent was obtained from each study participants care giver/family while their right to refuse were respected. Identification of study participants by name were avoided to assure the confidentiality of the information obtained. Children diagnosed with malaria were referred to the nearby health facilities for treatment.

Hossana College of Health Sciences gave ethical clearance and support for the study, but has no role in the design, data collection, analysis, report writing and decision on manuscript submission. The authors appreciate the study participants care givers for their cooperation in providing the necessary information. We acknowledge Hadiya zone health department, the district health office and the community for their strong support during the study. 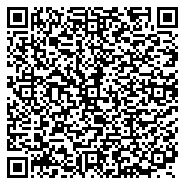