Researchers in the field investigate the influence of genetic variation on drug responses in patients by correlating gene expression or single-nucleotide polymorphisms with a drug's efficacy or toxicity. The purpose of pharmacogenomics is to develop rational means to optimize drug therapy, with respect to the patients' genotype, to ensure maximum efficacy with minimal adverse effects. Such approaches promise the advent of "personalized medicine"; in which drugs and drug combinations are optimized for each individual's unique genetic makeup [1].

Biotechnology has contributed to the discovery and manufacturing of traditional small molecule pharmaceutical drugs as well as drugs that are the product of biotechnology – biopharmaceutics. Modern biotechnology can be used to manufacture existing medicines relatively easily and cheaply. The first genetically engineered products were medicines designed to treat human diseases. Biotechnology has also enabled emerging therapeutics like gene therapy. The application of biotechnology to basic science (for example through the Human Genome Project) has also dramatically improved our understanding of biology and as our scientific knowledge of normal and disease biology has increased, our ability to develop new medicines to treat previously untreatable diseases has increased as well [2].

Genetically modified crops are plants used in agriculture, the DNA of which has been modified with genetic engineering techniques. In most cases, the main aim is to introduce a new trait that does not occur naturally in the species. Biotechnology firms can contribute to future food security by improving the nutrition and viability of urban agriculture. Furthermore, the protection of intellectual property rights encourages private sector investment in agrobiotechnology. Genetically modified foods are foods produced from organisms that have had specific changes introduced into their DNA with the methods of genetic engineering. These techniques have allowed for the introduction of new crop traits as well as a far greater control over a food's genetic structure than previously afforded by methods such as selective breeding and mutation breeding. Commercial sale of genetically modified foods began in 1994, when Calgene first marketed its Flavr Savr delayed ripening tomato. To date most genetic modification of foods have primarily focused on cash crops in high demand by farmers such as soybean, corn, canola, and cotton seed oil. These have been engineered for resistance to pathogens and herbicides and better nutrient profiles. GM livestock have also been experimentally developed; in November 2013 none were available on the market, but in 2015 the FDA approved the first GM salmon for commercial production and consumption [3].

Synthetic biology is considered one of the essential cornerstones in industrial biotechnology due to its financial and sustainable contribution to the manufacturing sector. Jointly biotechnology and synthetic biology play a crucial role in generating cost-effective products with naturefriendly features by using bio-based production instead of fossil-based. Synthetic biology can be used to engineer model microorganisms, such as Escherichia coli, by genome editing tools to enhance their ability to produce bio-based products, such as bioproduction of medicines and biofuels. For instance, E.coli and Saccharomyces cerevisiae in a consortium could be used as industrial microbes to produce precursors of the chemotherapeutic agent paclitaxel by applying the metabolic engineering in a co-culture approach to exploit the benefits from the two microbes. 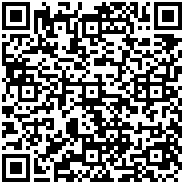