Introduction: Neonatal septicemia is a major reason which may lead to an increase in mortality so if diagnosis is made in time and proper management done, it may help in providing adequate antibiotic coverage and preventing the morbidity and mortality of babies. Aim and Objective: The primary objective of this study was to find the prevalence of Thrombocytopenia, Mean Platelet Volume (MPV), Platelet Distribution Width (PDW) and Plateletcrit among the cases of culture positive and culture negative sepsis. Material and Methods: A hospital based observational study was conducted during the period from October 2017-August 2019 in NICU. A total of 208 neonates were taken and were divided into cases having culture proven sepsis (n=57), probable sepsis (n=47) who met the inclusion criteria along with normal healthy controls (n=104) which were comparable to the study group. All of neonates were subjected to detailed history including maternal history and signs and symptoms of sepsis. Blood investigation for complete blood count including platelet indices and blood culture were sent. Neonates born <34 weeks and those born with congenital anomalies were excluded from the study. Result: Among the cases 57(54.8%) neonates had culture proven sepsis. Thrombocytopenia was seen in 76.9% of cases. Among cases 34 (32.7%) neonates expired. Platelet counts were low in culture proven cases (p<0.01) with similarly significant results in MPV (p<0.01), PDW (p<0.01) and plateletcrit (p<0.01). Most common organism isolated in sepsis was Klebsiella pneumonia (35%). Conclusion: Thrombocytopenia is a common complication associated with neonatal sepsis having a higher mortality rate. MPV is also reliable markers along with PCT. PDW can also be added as additional tools to detect early onset septicemia.

Neonatal sepsis is characterized by signs and symptoms of infections which may be associated with bacteremia presenting mainly during the first month of life [1] and may lead to an increase in deaths of new born [2]. The exact magnitude of neonatal sepsis in India is not known but as per National neonatal prenatal database (2002-2003); 30 cases per 1000 live births had neonatal sepsis which was approximately 19% of the neonatal mortality which occurred in India. Neonatal septicemia is divided into two types:

Early onset neonatal sepsis (EOS): It occurs within 72 hours of birth due to organisms present in the surrounding delivery area or present in the female genital tract.

Late onset neonatal sepsis (LOS): It occurs after 72 hours of birth mainly caused by microorganisms which are present in surrounding external environment.

Diagnosis of sepsis in neonates is based on the gold standard that is the blood culture but the results are available after a period of 48-72 hours which are frequently falsely negative. Blood culture positivity occurs in 25-70% cases [3]. So, initiation of antibiotics in suspected neonatal sepsis may lead to unnecessary increase in the antibiotic consumption which subsequently may give rise to high incidence of resistance to them.

MPV measures the size of the platelet present in blood [4]. Neonatal sepsis is frequently associated with elevation in MPV and PDW. In neonates the sensitivity of MPV in diagnosing sepsis is 54% and specificity is 82% [5]. Guclu et al. in his study confirmed, there was a significant difference in the values of PDW and MPV among the sepsis cases and control group. Thrombocytopenia is a complication that commonly is present in critically ill patients. Riedler et al. reported thrombocytopenia in 80% of sepsis cases were caused by gram negative organisms and 65% by gram positive organisms [6]. In neonatal sepsis damage to the endothelial lining occurs which leads to activation of reticuloendothelial system causing the removal of the platelets, due to this the platelet consumption more than the platelet production is ultimately leading to thrombocytopenia [7].

There have been many studies suggesting different parameters for early diagnosis of sepsis but not a definite parameter has been found. An observational study utilizing platelet indices as early markers to diagnose neonatal septicemia in the patients of culture positive and culture negative sepsis has been conducted.

To assess the efficacy of platelet indices alone and in combination in newborns having sepsis.

This study was a hospital based observational study conducted in the Neonatal Intensive Care unit, Department of Pediatrics in collaboration with the Department of Pathology JNMCH AMU, Aligarh from October 2017–August 2019.Two hundred and eight babies having gestational age 36-38 weeks with birth weight >2500 g (cases=104; controls=104) were taken up for study. The babies who were up to seven days of age and presented with the signs or symptoms of sepsis were taken as the study population. All neonates with congenital malformations, who received antibiotic prior to blood sampling and less than 34 weeks, were excluded from study. The ethical clearance was obtained from the institutional ethics committee, JMNCH, Faculty of Medicine, AMU Aligarh

A proper consent was taken from the parents of neonates followed by a complete history along with signs of sepsis were properly evaluated. Blood was withdrawn and was divided for measurement of CBC, platelet count, PDW and MPV using the Nihon Kohdencelltac analyzer. Blood culture and sensitivity was done by taking 1-2 ml of blood in Mc Cartney’s blood culture bottle taking all aseptic precautions. Culture was incubated at 37°C, initial reporting done at 24 hours and final reports were seen after 5 days.

All cases were further divided into two following groups

Study group: Approximately 104 cases of sepsis were taken and divided into:

Reference range for the parameters taken

208 new born were a part of this study. 104 were controls and 104 were sepsis patients among which there were 41 males and 63 females. Gender, mode of delivery and birth weight were compared between septic patients and the control group (Table 1).

The most common symptom seen in the sepsis patient was that of respiratory distress (82.7%) in form of tachypnea, grunting, retractions, increased work of breathing followed by poor suck (78%), jaundice (72.1%) and lethargy (67.3%) (Table 2).

Table 2. Signs and symptoms indicating sepsis in the cases (N=104).

Blood culture was positive in 57(54.8%) of the sepsis patients and 47(45.2%) had culture negative sepsis. In this study Klebsiella Pneumoniae (35%) was most commonly isolated organism and was followed by Pseudomonas (19.3%).

Table 3. Comparison between the groups based on blood parameters.

On sub group analysis between Group A and Group B, significant p values were obtained among the laboratory parameters except in Plateletcrit where p value was 0.4(not significant). Thrombocytopenia showed a 94.7% sensitivity and 47% specificity in the sepsis patients and when combined with MPV had a sensitivity of 79.6% and a specificity of 81% (Table 4).

There is a statistically significant negative correlation is seen of platelet count with MPV and PDW (Table 5).

Table 5. Correlation of Platelet count with the other laboratory parameters.

We also found that mortality rate in the thrombocytopenic patients was 28.52 new born were discharged (Table 6).

ROC curve was calculated for the detection of the cut off points of the various parameters. The cut-off point of MPV is 10.75 fL with a 77% and 65% sensitivity and specificity respectively. In this study, presenting clinical features of neonatal sepsis revealed that respiratory distress (82%), poor suck (78%) were the common clinical features. Similar result was seen in another study done by Mustafa which also showed a similar clinical presentation [10]. This study showed a significant decrease in the platelet count along with an increase in the MPV, and PDW in the cases of neonatal sepsis as compared to the control group. Similar results have been seen in other studies [4].

Blood culture was positive in 57(54.8%) of the sepsis patients and 47(45.2%) had culture negative sepsis, but in other studies done by Hisamuddin et al. [11] found that culture proven sepsis was only 30%. Similar high positive blood culture was reported by Heen et al. [12] having a positivity rate of 63%. The number of culture positive results depends on any previous antibiotic treatment, the time when sample is withdrawn and also the extent of bacteraemia in the neonate. In this study Klebsiella Pneumoniae (35%) was most commonly isolated organism and was followed by Pseudomonas (19.3%), similar results were also seen in other studies [13]. In our study thrombocytopenia was seen in 76.9% cases of sepsis. Study done by Guida et al. [14] observed thrombocytopenia in 54% of the sepsis cases.

Other studies have shown that thrombocytopenia is more severe if caused by gram negative sepsis as compared to infection caused by gram positive sepsis [15]. In this study we observed that in sepsis cases the MPV was higher as compared to the controls. Similarly, Aydin et al. also reported that MPV was high in neonatal sepsis compared to healthy new born. These findings differed with a study done by Aksoy et al. [16] in which it was observed that in between the septic and control infants MPV did not show significant difference. In this study a statistically negative correlation of MPV is showed with platelet count. Aydin et al. study also had similar correlation results. In this study the cut off of MPV is 10.75 fL to detect sepsis having 77% sensitivity and a 65% specificity. Septic patients have a higher PDW than controls. Similar results in PDW were also seen in the study by Narayan. Guclu showed statistically that the patient with a PDW higher than 18% had higher risk of death.

The new born population size taken was small. Withdrawal of blood in neonates for investigations is difficult and it may itself lead to contamination and sepsis. Presence of cell fragments and clumps may affect the proper assessment of indices

It is stated that neonatal infection is a major reason of neonatal thrombocytopenia. Present study concludes that Platelet count was significantly decreased and PDW and MPV were increased in the septic neonates. The use of platelet volume indices as a definite parameter to detect infections is still not much in use as proper data regarding cut off values is lacking. Therefore, there is a need to standardize the measurement of platelet volume indices in order to get better results in detection of neonatal septicaemia.

By this study we can state that when Platelet count and MPV is used in combination, it has a higher sensitivity and specificity compared to its individual use in diagnosis of neonatal septicaemia.

The authors would like to acknowledge the personnel (Doctors, nurses, attendants, and technician) staff working in the NICU and those personnel employed in clinical pathology department in J.N.M.C.H.

No conflict of interest present between the authors. 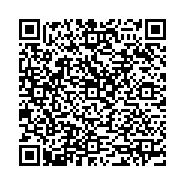