Plasma cell dyscrasias are known to cause various manifestations in the kidney. The International Myeloma Working Group has proposed updated criteria for diagnosis of multiple myeloma in 2014, which has included free light chain assay in the diagnosis. Due to the short half-life of FLCs, the assay can be useful potentially for earlier monitoring of the efficacy of a given therapeutic program but their role in prognosticating myeloma is a matter of debate. When FLC production is increased, FLCs can be isolated from urine but they can also remain in distal tubular structures, forming crystalline aggregates with the Tamm.Horsfall glycoprotein or uromodulin, appearing as eosinophilic casts under light microscopy examination; the so called myeloma cast nephropathy. Our experience with regards to the clinicopathological profile, use of free light chain assay and stem cells at Amrita Institute of Medical Sciences, which is a tertiary care hospital at Kochi - is a compilation of three studies conducted at the Department of Nephrology, AIMS. The study population was 162. Renal failure was detected in 53% of study population. Renal biopsy was performed in 42 patients. The renal manifestations of multiple myeloma were amyloidosis 15%, cast nephropathy 41%, MIDD 12% and others 4.7%. Renal failure was noted in 100% of MIDD, 94% cast nephropathy and 39% amyloidosis patients. Kappa FLC was much more prevalent than lambda chains in renal failure and non-renal failure groups. Lambda FLC - higher risk for renal failure. Delta FLC - better prognostic marker for renal failure. Kappa FLC involvement has better renal prognosis. LCDD -better renal prognosis at 12 months following treatment. Out of the study population, 35 patients underwent autologous stem cell transplantation. Mortality rate was 3%. Two patients developed worsening AKI following stem cell transplant. Dialysis dependency is more common with cast nephropathy. Lambda FLC is associated with renal failure. Autologous stem cell transplant is a viable treatment option for myeloma patients. Efficacy on FLC reduction by High cut off -HD filters has been demonstrated, but its impact on renal clinical outcomes remains unclear. It seems that some factors could influence the outcomes of these therapies.Certainly, the information provided by the kidney biopsy is relevant for guiding treatment in cases with severe renal involvement. More efforts are needed to improve kidney outcomes in patients with MM and renal injury. 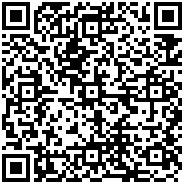