Physical activity, depression and quality of life in aging process

Background: In aging process was to show to change physical activity, depression and quality of life values of individuals aged 18-85.

Results: Our study showed that statistically meaningful significance was found when we compared the groups with quality of life and depression. Statistically meaningful significance was specified on PAS measurement in groups with PAS work and sum of PAS variables (p<0.005). There was no difference between PAS and the other variables in groups (p>0.005).

In recent years, living with increased quality of life has become an important topic as long living became an important topic. Physical activity is one of the criteria for getting older healthily and decreasing health risk that may occur because of age. In 2003, according to the report of World Health Organization (WHO), sedentary life span caused the death of 2 million individuals [1].

Although the benefits of participating to regular activities are known, it has been found in recent studies that physical activity attendance level is lower than the recommended level [7]. For this reason, in recent years, policies and research on strengthening and encouraging physical activity has been accelerated parallel to the efforts to improve the life quality by the WHO [8]. When the studies in the literature are examined it is observed that as people get older, the life quality decreases. Women’s quality of life levels were generally found to be low in studies conducted with healthy adults. In studies conducted with young people, it has been observed that the life quality between 18-24 years of age is lower in spiritual field when compared with the physical field, and again, it has been reported that they have more risky attitudes in terms of psychological health, perceived health and general health [8]. The aim of our study was to compare the physical activity, depression and quality of life values of individuals from different ages.

18-80 aged women and men who lived in Kırıkkale were included in our study by simple randomization sample method. Our study was announced heard to the volunteers by announcement. Power and Sample Size Program was used for data power analysis and sampling size. At the end of the analysis, it was found that 95% confidence interval and 90% power would be obtained according to error rate 0.05, and the number of the individuals for each group was determined as 100, and the total number of the cases was determined as 300.

Inclusion criteria of our study were accepted as being cooperative, agreeing to participate in the study and being between 18-80 years of age. Exclusion criteria were having audio-visual problems, having any orthopedically and neurologically problem, having malignity and chemotherapy, radiotherapy and pregnant women. As a part of the evaluation, interviews were made face-to-face and confirmation forms were taken from each person. Totally, we reached 450 individuals. 341 individual who was appropriate for the inclusion criteria completed the study (Figure 1). Individuals were separated into three groups as 142 adults (18-45 aged), 137 middle age (45-64 aged), 62 elderly (>65 aged). Participants’ demographic data were recorded. Individuals’ health related quality of life was evaluated with the Nottingham Health Profile Questionnaire (NHP); physical activity levels were examined with 24-hour Physical Activity Scale (PAS); and the depression status was determined with the Beck Depression Scale (BDS). 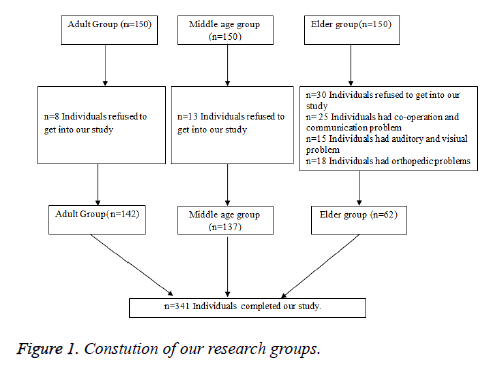 Figure 1: Constution of our research groups.

Nottingham Health Profile (NHP) is a questionnaire which evaluates health problems of different parts of life quality. It has two parts. The first part has 38 questions and six subcategories on physical activity, pain, sleep, social isolation, emotional reactions and energy levels. Individuals are asked to answer the questions by saying “YES” or “NO”. For each part, the points vary between 0 and 100. Higher points show more health-related problems. The second part is about factors which do not change with treatment. There is Turkish version of it [9]. 24-Hour Physical Activity Scale (PAS) consists of four parts, which are, job, transport, home and sport activity. The amount of the exercise is explained as being equal to the kilocalorie spent in a minute. But it is preferred that Metabolic Equivalent (MET) is used while calculating the questionnaire points. One Metabolic Equivalent is defined as the energy consumed in a minute while resting and one MET is equal to 1 kcal-kg-hour. While calculating an individual’s amount of consumed energy, frequency, density and time of the activity must be known [10].

Beck Depression Scale (BDS) was developed by Beck et al. in 1979. The Turkish version’s reliability and validity was performed by Hisli in 1989, and the Cronbach alpha coefficient of this scale was found as 0.80. In an article written on the Turkish version, the cut point was defined as 17. The total point that can be taken from the scale may vary between 0 and 63. 10-16 point is defined as “weak”, 17-21 is defined as “middle”, 30-63 is defined as “high” depression level [11].

The normal distribution of the variables was tested with the Kolmogorov Smirnov Test. The homogeneity of the group variances were defined with the Levene Test. In the tests that met the criteria of pre-conditions of the parametric tests, the T Test and Anova Test were used in independent groups; and the Mann Whitney U Test - Kruskall Wallis Analysis Methods were used in the other conditions. The P<0.005 level was accepted as being statistically meaningful. The defined statistics were given as mean ± standard deviation (mean ± SD). The categorical data analyses were evaluated with the Chi-Square test. The analyses of the data were made with the SPSS 17.0 Program (SPSS Inc., Chicago, Illionis, USA).

The ages, body mass index values, BDS, quality of life and physical activity levels of the individuals are shown in Table 1. Statistically significant differences were determined when the groups were compared about the quality of life and depression (p<0.005). While groups were compared with physical activity, differences were found between PAS work and total PAS Scores (p<0.005); however, there was no difference between the other variables of PAS (p>0.005) (Table 1).

In terms of quality of life, the adult group had higher quality of life than the middle and elder group in all the variables of the NHP (p<0.005). When the middle-aged and the elderly groups were compared excluding social isolation parameter of the NHP, statistically significant differences were determined in all parameters of the NHP(pain, physical function, fatigue, sleep, emotional state and total NHP) (p>0.005).

When groups were compared in terms of depression status, despite there was no difference between the adults and the middle-aged groups (p>0.005), statistically significant difference was found with the elderly and the middle-aged groups (p<0.005). While middle aged and the elderly groups were compared, the elder participants had higher BDS scores (p<0.005, Table 2). According to PAS total scores, only adults and the elderly groups had statistically significant differences,which were recorded; and it was observed that adults were more active (p<0.005, Table 3).

Table 2. Comparison of quality of life and depression Levels On individuals with different ages.

In our study show that, statistically significant differences were determined between the age and the BMI values in participants. Because of including different ages in the study, it was clear that difference could be found between ages. The BMI values of the elderly and the middle-aged groups were found higher than the adults. According to research, the BMI values of especially middle-aged and the elderly people are increasing [14-17]. The reason of this is the fact that metabolic activity slows down in individuals’ body in middle-ages because of having completed growing [16,17]. Decreases in individual’s physical movements and basal metabolism speed are formed with aging; this condition causes increases in BMI scores.

In general population, min 40% of people has had a physiological illness at least once in their life spans. In general population, age is a relevant factor for physiopathology. The prevalence of psychiatric disorders and their nature are different in older adults than in middle or young adults [18]. In childhood, attention deficit hyperactivity disorder, behavioral disorder and anxiety disorders are the most prevalent comorbid disorders [19] whereas in adulthood, next to hyperactivity disorder and anxiety disorders, mood disorders are common [20,21]. In various adult studies, older adults with psychiatric disorders have been included but only a few directly compared older adults with younger individuals [21]. Whereas anxiety seemed to reduce from childhood to young adulthood [20], the risk for depression seemed to increase with increasing age [22].

According to the results of our study, the elderly participants were more depressive than the adults and middle-aged participants; furthermore elder participants’ quality of life values were lower than the adult participants. Because of aging is a term when individuals have losses in physical appearance, power, role and position and individuals become dependent to their relatives due to physical disorders and loss of functions, approaches of the individuals in this period must be different from the other age groups [23]. Lower quality of life and depressive mood in the elderly people were determined in our study, as well. It was shown in the literature that not only the age factor, but also the gender, socio-economic state (education and work etc.), quality of life, intellectual and cognitive functions are effective on physiological disorders [24]. Lower quality of life and depressive mood in the elderly people are thought to have increased, and the number of the researches on this topic must be increased to investigate the cause of physiological disorders.

In the result of our study, it has been determined that the elderly individuals have a depressive and sedentary lifestyle. Gaining physical activity habits in all ages provides healthy life quality with psychological wellness state and physical functionality. For this reason, studies on strengthening and encouraging physical activity must be planned.

Although we included 150 individuals for each group in the beginning of our study, it can be a limitation because of several causes in the elderly group.

All procedures performed were in accordance with the ethical standards of the institutional research committee and with the 1964 Helsinki declaration and its later amendments or comparable ethical standards. This study was approved by the Kırıkkale University Clinical Research Ethics Committee, Decision Number: 2015/28.