Phenotypic and genotypic characterization of antibiotic resistance in Klebsiella pneumoniae isolated from patients admitted to a third-level hospital in Tehran, Iran.

Background: Metallo-Beta-Lactamase (MBL) and AmpC β-lactamases are hydrolyzing enzymes of penicillins, cephalosporins and carbapenemes. Nowadays, Carbapenem resistant Klebsiella pneumoniae is one of the important factors in hospital infections. The aim of this study was to determine the prevalence of MBL and AmpC β-lactamases production of K. pneumoniae in clinical specimens of patients referring to Rasool Akram Hospital in Tehran, between July 2016 and December 2017. Materials and Methods: Susceptibility of K. pneumoniae isolates for the common antibiotics was determined based on diffusion disc and CLSI protocol. Then MBL production was identified by phenotypic method of combined EDTA-meropenem disc. Lastly, the presence of blaKPC gene among isolated strains using specific primers was investigated among isolated strains using PCR method. Results: From total of 93 K. pneumoniae isolates, they showed the highest and lowest resistance for the antibiotics Ceftazidime (71%) and Imipenem (19.4%), respectively. The results of the combined disk method showed that 7.5% of the total samples (27 isolates) were MBL positive while blaKPC gene was detected in 38 strains (41%) by PCR method. most of them isolated from Urine specimens of patients admitted at ICU and Urology departments. Conclusion: The high prevalence of the blaKPC gene among K. pneumoniae isolates in current study further emphasize to implement the strategies including changing the pattern of the antibiotic use, in order to prevent the spread of such infections in hospitals.

Klebsiella pneumoniae is an important pathogen responsible for many healthcare associated infections. This Gram-negative bacterium affiliated with the Enterobacteriaceae family is the fourth and fifth most common cause of pneumonia and bacteremia respectively, among Intensive Care Units (ICU), newborn units and in immunocompromised patients [1,2]. In hospital environments, Klebsiella species survive and multiply in wet environmental sites and colonize the human bowel, bladder, upper respiratory tract and skin [3].

Βeta-lactamase-producing bacteria (including those producing extended-spectrum β-lactamases), Vancomycin- Resistant Enterococci (VRE), and Methicillin-resistant S. aureus (MRSA) are important nosocomial pathogens in Iran and other parts of the world [4-6].

The prevalence of multidrug-resistant Gram-negative bacteria has increased continuously over the past few years, and bacterial strains producing AmpC, betalactamases and/or Extended Spectrum Beta-Lactamases (ESBLs) are of particular concern [7]. ESBLs are plasmid-mediated enzymes that confer resistance to all penicillins and cephalosporins, including the sulbactam and clavulanic acid combinations and monobactams such as aztreonam [8]. ESBLs are most commonly detected in K. pneumoniae, which is an opportunistic pathogen associated with severe infections in hospitalized patients, including immunocompromised hosts with severe underlying diseases [9]. The prevalence of ESBL and AmpC β-lactamase producers had also increased, indicating that the chance of encountering multidrugresistant pathogens would increase even in the scenario of community-sourced infection.

AmpC β-lactamase, which is a type of cephalosporinase, is known to be responsible for antimicrobial resistance in gram-negative bacilli. AmpC β-lactamases are either plasmid- or chromosomal-mediated [10].

All it was initially thought that carbapenemases were attributed to chromosomally encoded beta-lactamases and can only be transferred through clonal spread. However, plasmid encoded blaIMP-1 and blaKPC-1 reported in the 1990s [11-15]. Shahcheraghi is the first report on the detection of MBLNDM-1 in Iran [16]. To date, carbapenemases harbored by K. pneumoniae isolated in Iran identified using Pubmed search were NDM-1 (15) and OXA-48 [17].

Considering the importance of antibiotic resistance in hospital infections, it has been a serious problem for the health sector of the country. It affects patients in hospitals around the world and has many victims every year. It imposes lots of medical expenses on the country. Hence, the World Health Organization (WHO) called the year 2011, year of Antibiotic Resistance [20]. In this study we aimed to investigate the antibiotic resistance conferred through chromosomal cephalosporinases (CMY-1, CMY- 2 and FOX) and/or plasmid-mediated carbapenemases (blaKPC, blaGME) to K. pneumoniae strains isolated from patients admitted to the third-level hospital in Tehran, Iran.

A total of 93 non-repetitive clinical isolates of K. pneumoniae were obtained from patients in Rasool Akram hospital, between July 2016 and December 2017. The present study was conducted in accordance with the Declaration of Helsinki and was approved by the Ethics Committee of Iran Medical University. Written informed consent was obtained from all participants.

The nucleic acid of Gram-negative bacteria isolates was extracted using a nucleic acid extraction kit (Sinagen- Iran). A specific primer pair of 16S rRNA was used in the PCR reaction in order to molecular identification of K. pneumonia. The primers used to detect the targeted genes in K. pneumoniae isolates are presented in Table 1.

Multiple Drug Resistance (MDR) represents resistance to three or more different classes of antibiotics such as Fluoroquinolones, aminoglycosides and Cephalosporins. Reference strains of E.coli ATCC 25922 and K. pneumoniae ATCC 700603 were used as controls [19].

The plasmids were isolated using the plasmid extraction kit according to the QIAGEN manufacturer's instructions. The DNA extraction procedure was performed using conventional boiling water method.

Strains were screened using a Kirby-Bauer disk diffusion test, in which Cefoxitin (30 μg; Oxoid) was used. According to the CLSI Antimicrobial Susceptibility Testing Standards, isolates with an inhibitory zone diameter measuring ≤ 18 mm were considered of being AmpC β-lactamase producers [21].

PCR was used to detect Carbapenemase genes in plasmid-mediated AmpC β-lactamase-producing isolates that were resistant to Imipenem.

PCR products for sequencing by Eurofins Genomics, Ebersberg were followed according to the protocol instructions. The nucleotide sequence and the annealing temperature of the primers are shown in Table 1.

Regarding to the resistance pattern of 93 strains studied, 66 (71%) were resistant to Ceftazidime. MDR was investigated among clinical isolates of K. pneumoniae. The pattern of antibiotic resistance among the isolates was summarized in Table 2. Of all strains, 58.1% (54 isolates) were phenotypically broad-spectrum beta-lactamases producer.

Table 2. The distribution of Antibiotic resistance and antibiotic susceptibility patterns in 93 Klebsiella species isolated from patients based on the type of antibiotics

Of the 93 cases of K.pneumonia, the highest and lowest rates of resistance were reported to Ceftazidime (71%) and Imipenem (19.4%), respectively. The results of the phenotypic method showed that 55 (66.5%) isolates were positive for metallo-beta-lactamases, of which 1 strain (1.7%) was identified by PCR method of blaKPC gene, and 5 strains (5.4%) of blaGES gene. most of strains were isolated from urine specimens of patients admitted in the ICU and the urology department.

The results of this study showed that the most effective antibiotics for K.pneumoniae strains isolated from clinical specimens admitted to the Rasool Akram Hospital were Cefotaxime, Imipenem and Amikacin. The data obtained from this study showed that the K.pneumoniae strains isolated from patients admitted to Rasool Akram Hospital were most sensitive for the Cefotaxime, Imipenem and Amikacin. On the other hand, the high level of resistance of isolates to Gentamicin, Ceftriaxone and Ciprofloxacin suggests the prohibition against further prescription of these antibiotics especially for initial treatment of these infections.

In the study by Dalal et al. [22] in Tehran, in Jordan, Ishii et al. [23] in Japan, Imipenem was introduced as an effective antibiotic in treatment of K. pneumoniae.

In another study by Langarizadeh et al. [24] in Tabriz, the resistance rate of 73.6% was reported to Gentamicin in clinical isolates of K. pneumoniae. According to the results of this study, resistance to this antibiotic was determined 66.7%, indicating a high resistance rate in studied strains in Tabriz. Antibiotic susceptibility to Amikacin was reported 43%. The studies showed that the susceptibility of the strains in our study was similar to the results of Nejad et al. [25].

Therefore, due to the release of Enterobacteriacea strains producing ESBLs in clinical samples isolated from hospitalized patients, it is necessary to identify the genetic resistance and the type of resistance of strains by equipping the laboratories with genotypic diagnostic methods along with rapid and precise molecular techniques and to implement necessary measures for treating patients and control resistance to bacteria.

This study also showed that 90% of the isolates were MDR strains, which was higher than all other studies. This caused a great deal of concern. In a study in Tehran, conducted by Azimi et al. [26] the resistance to carbapenems was 66% (56 isolates) compared with 19.4% in our study. According to this study, 99% of the strains were susceptible to Polymyxin B, 11% to Amikacin and 57% to Tetracycline.

Among studies conducted in Iran, Fatemi et al. [27] in Isfahan declared that 33.38% of K. pneumoniae isolates had KPC gene. Also, Azimi et al. [26] in Tehran showed that all strains with resistance to carbapenems were positive for Modified Hodge Test (MHT), but negative for KPC gene in genotyping. The results of this study, as well as other studies by researchers indicated that strains with KPC enzyme exhibited high resistance to other antibiotics such as Ampicillin, Amikacin, Ciprofloxacin, Cefipime, Piperacillin/tazobactam, Cefotaxime and ceftazidime which could be due to the simultaneous presence of several beta-lactamase genes in these isolates. This indicates the necessity of examining this enzyme and its gene in different specimens.

The blaGES genes are part of class 1 integrons, with the exception of a blaGES-1 gene from a K. pneumoniae strain from Portugal which was embedded in a class 3 integron [28]. GES gene (5.4%) has been identified for the first time in Iran.

Considering the high consumption of Carbapenem family drugs in Iranian hospitals, which in many cases are used without first testing of microbial susceptibility and as the first line of treatment, it can be expected that in the near future there will be an overwhelming increase in resistance to this category. Therefore, it is unavoidable to take the necessary measures to modify the administration and use of antibiotics.

The high prevalence of the blaKPC gene among K. pneumoniae isolates in current study further emphasize to implement the strategies including changing the pattern of the antibiotic use, in order to prevent the spread of such infections in hospitals.

With gratitude towards the personnel of the research center for infantile infectious diseases of Hazrat-e-Rasool Akram who have been the most cooperative in realizing this research. 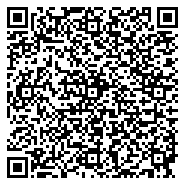