Respiratory illnesses are a common reason for utilizing inpatient and outpatient facilities in pediatric hospitals. History taking and clinical examination are performed to assess abnormal breathing sounds, such as wheezing and stridor, which are the initial presenting symptom of various acute and chronic respiratory illnesses [1-4].

Stridor is a high-pitched sound that results from partial obstruction of the airways, whereas wheezing is a musical sound produced due to narrowing of small airways. The underlying pathologies that contributed to the audible stridor widely varied and required a different approach [3-5].

The language used, especially in non-english speakers, is another challenge during the conversation with families, as their understanding of the used word can influence their answers. In the UK, a study found that the prevalence of asthma was significantly higher if the same survey uses the word whistling “wheezing” instead of “wheezing attack.” In Malaysia, families used the same words to describe different respiratory sounds; hence, interpretation of respiratory sounds is more challenging for non-english speakers [6,7].

Furthermore, knowledge barrier is also a major factor that affects the appropriate understanding of these sounds. Studies showed that significant percentage of parents is unable to correctly identify wheezing from videos that present variable respiratory sounds. No differences were noticed between parents of asthmatic and non-asthmatic children. The use of video segments improved their answers, and pediatricians were encouraged to be aware of this limitation of family understanding [6].

In this study, we aimed to determine the popularity of performing sound imitation of stridor and wheezing among Arabic speaking pediatricians during assessment of child with noisy breathing.

The Institutional Review Board (IRB) of the College of Medicine Research Center in King Saud University (KSU) approved this study. Consent was obtained in English. The participants’ identities were not included in the questionnaire.

A cross-sectional survey-based study was conducted at King Khaled University Hospital (KKUH), Riyadh Saudi Arabia, between January and February 2019. Questionnaires were distributed to all Arabic-speaking pediatricians in the clinical setting or during educational meetings. Participants were briefly interviewed by Arabic-speaking investigators in Arabic to confirm that they are Arabic speakers before their participation. The participant’s job titles were pediatric residents, specialists/fellows, or consultants.

The Questionnaires was distributed by the data collectors. Data obtained in the questionnaire included age, gender, and job title. Pediatricians were also asked to answer the following items:

1 If they perform sound imitation of wheezing or stridor sound during their conversation with Arabic speaking children and their families.

2 If they are familiar with any Arabic words to verbally express stridor and wheezing in Arabic language.

3 They were asked to document the Arabic words they used to describe stridor and wheezing.

Sound imitation is the act of vocally producing sounds that mimic stridor and wheezing.

Documented words were considered as correct Arabic if they match any medical terms in any one of the Arabic medical dictionaries available in the library of College of Medicine at King Saud University (KSU).

A total of 142 Arabic-speaking pediatricians agreed to participate in this study and answer the questionnaires. Participants consisted of pediatric residents (n=90), boardcertified specialists (n=41), and pediatric consultants (n=11).

Nearly 25% of participants performed sound imitation of stridor during the interview with family members, mainly due to lack of knowledge of any Arabic word to describe stridor, 40.1% used Arabic but incorrect words, and approximately one-third do not express stridor either by Arabic words or by performing sound imitation (Table 1).

Among 142 participants, only 5.6% used sound imitation of wheezing due to lack of knowledge of any Arabic term to describe it, 81.7% used different Arabic words that were mostly incorrect, and only 2.8% do not express wheezing correctly either by Arabic words or by sound imitation (Table 2).

A frequent observation the same Arabic words were also used to describe both stridor and wheezing interchangeably.

In this study we found that imitation of respiratory sounds by Arabic-speaking pediatricians is a common practice in the clinical settings (especially for stridor). It is performed not only to overcome the families’ knowledge gap but also to help the pediatricians to express the respiratory sounds to the families. Also we found that one-third of the Arabic-speaking pediatricians are unable to assess history of stridor as they are not able to express stridor verbally by Arabic words or by performing sound imitation.

Many pediatricians translate both stridor and wheezing to the same Arabic word which may influence the accuracy of clinical assessment for children with history of noisy breathing. Until the correct Arabic terminologies for stridor and wheezing are established and become common community knowledge, we suggest that sound imitation of the respiratory sounds be used to facilitate proper communication between families and physicians.

Furthermore, recorded sounds may also be used to improve the communication between families and physicians as previously reported [6].

The limitation in our study is that we did not test the understanding of the Arabic speaking families to the Arabic words used by the pediatricians to express the respiratory sounds in Arabic [8].

The lack of the proper words to describe stridor and wheezing for Non-English speaking families may affect the accuracy of the clinical assessment for children with noisy breathing. The accurate translation of wheezing and stridor can be challenging for pediatricians. Sound imitation of the respiratory sounds is a reasonable alternative to overcome the language gap between the pediatricians and the parents. Therefore, we suggest the use of sounds imitation to express respiratory sounds during the clinical assessment of any children with history of noisy breathing especially with Non-English speaking families.

The authors would like to thank the participants for their contribution to answer the questionnaires.

The institutional review board of the College of Medicine Research Center in King Saud University (KSU) approved this study. Consent was obtained in English language. The participants’ identities were not included in the questionnaire. 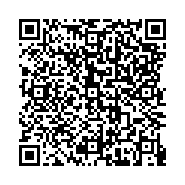