Chronic kidney disease is complex in both adults and children, but the disease is far from the same between these populations. Here we review the marked differences in etiology, comorbidities, impact of disease on growth and quality of life, issues unique to adolescents and transitions to adult care, and special considerations of congenital kidney and urinary tract anomalies for transplantation. According to the most recent North American Pediatric Renal Trials and Collaborative Studies Dialysis Report (NAPRTCS), the youngest pediatric patients have the worst survival at 12, 24, and 36 months following dialysis initiation. Five-year survival probability is 89% for patients initiating ESRD treatment according to US Renal Data Surveillance Report, and mortality rate is 30 times higher than healthy children]. Conversely, adults have an astounding rate of expected mortality of 90% by 10 years on dialysis. Cardiopulmonary death was the most common cause cited in children, followed by infection. A crucial difference between adult and pediatric ESRD is the etiology of CKD. Adult CKD is predominately diabetic nephropathy, hypertension, and autosomal dominant polycystic kidney disease. The top cause of pediatric CKD in registries is congenital anomalies of the kidney and urinary tract (CAKUT) at approximately 50%, followed by hereditary nephropathies and glomerulonephritis. Etiology of CKD varies by age and race, with children younger than 12 years more likely to have CAKUT, and of glomerular-based disease focal segmental glomerulosclerosis is more likely in black adolescents. Obesity in children is a new problem worldwide, and recent studies have identified early kidney dysfunction and risk for CKD in these children. In addition, infants of low birth weight and small for gestational age have an increased risk of developing ESRD in adolescence. As the pediatric obesity problem rises and the low birth weight population ages, we may encounter a potential shift in the epidemiology of pediatric CKD. In a retrospective cohort study of patients with CKD stages 2-4, children with glomerular disease were found to progress more quickly to ESRD than children with CAKUT anomalies. The authors generated a predictive model identifying severe proteinuria, glomerular disease, older age, non-Caucasian ethnicity, and patients who presented at stage 4 CKD, as leading to quicker progression. Risk categories formed from the preceding factors resulted in a probability of renal survival of 135 months for patients in the low-risk, 80 months for medium-risk, and 16.3 months for patients in the high-risk group. Multiple analyses from the CKiD cohort also support these findings. Wong et al. showed that a 10% decline in eGFR was inversely proportional to a 14% increase in the urine protein-creatinine ratio, independent of the cause of CKD, and that non-Caucasian race was associated with higher levels of proteinuria. Both Wong et al. and Warady et al. found glomerular etiology was associated with a significantly more rapid decline. In the non-glomerular disease group, factors that led to faster decline were urinary protein-creatinine ratio >2 mg/mg, hypoalbuminemia, elevated BP, dyslipidemia, male gender, and anemia. As described earlier, puberty is also associated with deterioration in kidney function. Data from the ItalKid Project showed that the probability of RRT was 9.4% during the first decade of life and 51.8% during the second decade. There was a clear break point at puberty in the kidney survival curve, with an ensuing decline after puberty in both males and females. 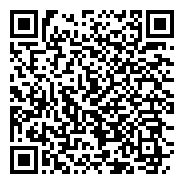