Aim: This study aimed to determine the disease patterns and outcomes of patients admitted to the nursery care unit of Thamar University Al-Wahdah teaching hospital, Ma'bar city, Dhamar governorate, Yemen. And to determine the main causes of neonatal morbidity and mortality.

Materials and Methods: A retrospective study conducted in the nursery care unit of Thamar university Al-Wahdah teaching hospital, Ma'bar City, Dhamar governorate, Yemen. The study was conducted through the period from the 1st of September 2019 to the 29th of February 2020. The data collected included: sex, gestational age, age at admission, weight at admission, place of delivery, final diagnosis, length of hospital stay, and the outcome.

Conclusion: Pneumonia, prematurity, and birth sepsis were the main causes of admissions (24.1%, 21.0%, and 19.7% respectively). The first step in improving neonatal survival is to document the number and rate of deaths and identify their common causes. We strongly recommend increasing the facilities and health care workers to decrease in neonatal mortality rate by providing better nursing care in the tribal regions.

The health of the infant has improved recently, but that of the newborn is not. Most causes of neonatal morbidity are preventable [1]. Neonatal morbidity and mortality rates reflect the efficiency of health services in a country [2-4]. The survival in newborns depends upon the care they receive [5]. Advances in neonatal management have made considerable improvement in survival of newborns but in developing countries, neonatal morbidity and mortality both are still very high [6]. Nearly half of the infantile deaths occur within the neonatal period, neonatal disease pattern is a sensitive indicator of the availability, utilization, and effectiveness of mother and child health services in the community [7]. Since community based data are difficult and expensive to collect in face of lacking resources, hospital-based data, therefore, will reflect changes in the community as a whole. The most common diseases of the neonatal period are infections, followed by asphyxia and prematurity [8].

The neonatal disease pattern changes between different places and from time to time even in the same place [9]. Thus for the better neonatal status, we keep on reporting various causes of mortality and morbidity in the neonatal age group from time to time. Despite the decrease in neonatal deaths by 17% over the last decade, 3.1 million newborns died in 2010 most of them belonging to developing countries [10,11]. In developing countries where budgetary constraints limit technological advances, the judicious implementation of nursery care measures can result in a reduction in morbidity and mortality. Therefore, this study was done to assess patients admitted to the nursery care unit and the factors that affected their outcomes.

Although there are many neonatal care units in Dhamar governorate, Yemen, there are no official information and data about neonatal patterns and outcomes in Dhamar governorate, therefore, this study conducts on this important health problem. This study was done at Al-Wahdah teaching hospital to identify the major causes of neonatal morbidity and mortality as this hospital is one of the major neonatal care centers and most of the cases are coming from rural areas [12,13].

This study aims to assess the disease patterns and outcome of neonatal admission at a nursery care unit of Thamar university Al- Wahdah teaching hospital from the 1st day of September 2019 to the 29th of February 2020.

This study was conducted in Thamar university Al-Wahdah teaching hospital, Ma'bar city, Dhamar governorate, Yemen (which is located about 69 km south of the capital city of Yemen, Sana'a) [14].

The study was conducted at the nursery care unit through a retrospective study based on clinical data and investigation to confirm the diagnosis of each patient obtained from files of the unit [15].

All neonatal cases admitted to the NCU at Thamar university Al-Wahdah teaching hospital, Ma'bar city, Dhamar governorate, Yemen. During the period between 1st of September 2019 to 29th February 2020, were 305. The number of studied cases was 290 [16].

The inclusion criteria of the sample in this study were all neonates who attended AL-Wahdah teaching hospital during the data collection period their required data has been written sufficiently in their files.

Those who had their files with insufficient or inappropriate data during the data collection period were excluded from this study.

The data was collected from the selected case files that were in the unit.

Data extracted covered the socio-demographic data (age of neonate on admission, gestational age, sex, weight on admission, and place of delivery and patterns of disease (diagnosis of each case, duration of staying in hospital, and outcomes) [17].

The collected data were analyzed by the SPSS program using frequency and percentage tables and graphical presentation.

Approval was taken from the medical research center of the faculty of medicine and health sciences, Thamar university.

Table 2. Patterns of disease among patients admitted to nursery care.

Table 3. Factors associated with the outcome of patients who were admitted to the nursery care unit of Thamar University Al-Wahdah teaching hospital, Yemen.

Accurate data on neonatal disease volume and pattern are useful for many reasons. It is important for the providers of care makers to design interventions for prevention and treatment and to implement and evaluate health care programs. The data from NCU of Thamar University Al-Wahdah teaching hospital, Yemen, is very limited. This is a hospital-based study and may not present what is going on in the community.

The study revealed a male predominance for admissions (67.6%) while a female predominance for death (24.5%). The male predominance for admission raises the issues of biological vulnerability of male neonates to infection which was found in some studies [19,20]. Also, this may be due to cultural and social factors, where male children are more likely to receive more medical care compared to females in the Yemeni society. Most admissions were during the first day after delivery (60.0%) and most deaths occurred in those cases, which was 29.3% and decrease with increasing age. In this study, it was found that pneumonia, prematurity, and neonatal sepsis were the main causes of admissions (24.1%, 21.0%, and 19.7% respectively) [21,22].

The overall mortality in this study was 22.1%, which is nearly the same as what was reported in a local study by Banajeh et al. (20.4%) [23]. And another local study in Al-Gumhouri teaching hospital, Sana’a (23.2%) [15], and similar studies from Pakistan (23.6%) [17] and Nigeria (20.3%) [20]. However, this result is comparatively higher when compared to 4.7%, 15%, and 16.9% in studies carried out in Oman, Burkina Faso, and Nigeria, respectively [24]. The high mortality in this study could be attributed to many factors such as the fact that in current hospital services a largely rural population where traditional birth practices are still very common with improper birth care and a lack of well-trained staff. In addition, the lack of a referral system and delayed presentation of a pregnant mother for labor, and delayed presentation of a baby who needs admission after delivery to the hospital may be other factors that might lead to high mortality.

Prematurity, perinatal asphyxia, pneumonia, and neonatal sepsis were found to be the most common causes of mortality in this study. Similar findings were reported in a study from AL-Gumhouri teaching hospital, Sana’a, [15] and in a study from Pakistan by Manzar et al. [18], as well as that from South Africa by Hoque et al. [20]. Prematurity was the major health problem observed in our setting as is the case in many other developing countries [16]. It was the leading cause of admission (34.4%). This can be attributed to many causes such as poor maternal health status, poor antenatal care, and low socioeconomic status of the families. Appropriate antenatal care, good obstetric practices, proper referral systems, improvement of facilities for caring for preterm babies, as well as proper newborn care practices have been found to reduce morbidity and mortality from prematurity [25].

Of the 64 deaths in this study, 61 (24.8%) occurred during the first week of life, with 51 (29.3%) of them occurring during the first 24 hours. This is consistent with several studies which were done in our country and in several countries [15,16,18,22,25]. This could be due to the critical condition of these admissions at the time of presentation to the hospital. In addition, this period is a highly vulnerable time for the neonate who is completing many of the physiological adjustments required for extra uterine existence. Because this study was done during the cold weather, the admission cases due to neonatal pneumonia represent the most common cause of admission (24%) and the third most common cause of mortality (17.1%).

The weight of patients has an important role in mortality as most death occur in extremely low weights (<1000 g) which was 75% of this group. For more than 25 years, LBW has been observed to be one of the major risk factors for neonatal admissions in multiple studies conducted in many developing countries [14]. In comparison between the delivery in hospital and out hospital regarding neonatal mortality rate, the mortality was higher among those born at home (22.7%). This is consistent with what was reported by many other studies that included both inborn and out born neonates. This is because most of the deliveries are usually carried out by unskilled persons under unhygienic conditions, as well as the delay in reaching the health facility. The independent risk factors of neonatal mortality were age at admission, out born delivery, low birth weight, and preterm delivery and were found to be significant independent risk factors of mortality in this study. These factors can be avoided by through improving the quality of antenatal care, maternal nutrition, and health awareness among families. As well as promotion of institutional delivery with good intrapartum and postpartum care.

According to this study, Pneumonia, prematurity, and neonatal sepsis were the main causes of admissions (24.1%, 21.0%, and 19.7% respectively) to NCU. Most of the deaths in this study occurred during the first week of life, with most of them occurring during the first 24 hours. The first step in improving neonatal survival is to document the number and rate of deaths and identify their common causes.

Most of the morbidities and subsequently the mortalities can be prevented by improving and effective implementation of important preventive services like maternal care and IMNCI, timely interventions, and timely referral to nursery care centers for high-risk pregnancies and care of neonates in high-risk situations.

There is a necessary need to increase the facilities and health care workers to decrease in neonatal mortality rate by providing better nursing care in the tribal regions.

The authors would like to thank all study participants and health staff at TUWTH in Dhamar governorate for their active cooperation during the entire study.

This research did not receive any specific grant from funding agencies in the public, commercial, or not-for-profit section. 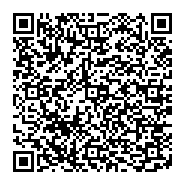