As many individuals have minor disease, the need for surgery in primary hyperparathyroidism has been debated. The main goal was to assess the prevalence of fractures in a current population-based cohort of patients undergoing primary hyperparathyroidism surgery. Investigating whether preoperative serum calcium, adenoma weight, or poly glandular disease affect fracture incidence was the secondary goal.

One of the most prevalent endocrine conditions requiring surgical treatment is Primary Hyperparathyroidism (pHPT). pHPT is linked to a variety of side effects, including neuropsychiatric symptoms, secondary osteoporosis, fractures, urinary stones, cardiovascular events, cancer, and increased mortality. Previous studies have, in various settings and subgroups, shown increased incidence of fractures and cardiovascular events in pHPT cohorts, and reduced incidence after Para thyroidectomy. A recent meta-analysis showed that patients with pHPT had a twofold higher fracture risk than controls [1].

Since the 1970s, pHPT has presented differently, with less severe disease, lower serum calcium and Parathyroid Hormone (PTH) levels, smaller adenomas, and fewer problems at diagnosis. Automated biochemical testing for calcium and PTH, as well as a developing understanding of pHPT and hyperkalemia as morbidity-causing factors, are most likely to blame, however there may be additional causes, such as calcium and vitamin D supplements in the diet. Additionally, there is a nagging belief that early management could stop serious side effects such additional osteoporosis, cardiovascular problems, cancer, and excess mortality [2].

Based on a current cohort of pHPT patients who underwent surgery in this study, a greater fracture incidence was discovered compared to controls several years prior to surgery. Following surgery, there was a decrease in the incidence of fractures, which was maintained during the follow-up period. Up to ten years, there was no difference in the fracture incidence between patients and controls. The increased fracture frequency is especially noticeable in the year before surgery, which may indicate that fragility fracture and the need for further testing for possible osteoporosis are frequent presentations in patients with pHPT. Although this might be regarded as a detection bias, the steadily rising fracture incidence during the ten years prior to surgery refutes this [3].

However, there was no correlation between fracture incidence and multiglandular disease, adenoma weight, or preoperative serum calcium levels. When patients and controls who were taking medications that affected bone metabolism were removed from the analysis, this result remained unchanged. The lack of a connection between calcium and the likelihood of fractures is consistent with earlier research. One possible explanation is that individuals with biochemically more severe disease, symptomatic hypercalcemia, are more likely to receive a quicker diagnosis and surgery. The lowering blood calcium trend over time may be due to individuals receiving surgical referrals at an earlier, more benign stage of their illness. High rates of systemic glucocorticoids and oestrogen prescription among patients and controls may be indicative of broader trends in medical treatment.

Since there are no nonsurgically treated patients in this study, it is most relevant to patients who have undergone surgery. However, prior longitudinal observational studies of pHPT patients who were treated conservatively revealed declining trabecular and cortical bone mineral densities, and patients experienced an elevated fracture risk.

It is an interesting finding that distal upper extremity fractures are more common than we had anticipated. Since these fractures are typically treated in outpatient settings, we had hypothesised that they would be difficult to detect. In contrast, we were unable to support the previously reported higher rate of vertebral fractures [4].

As previously mentioned, a national cohort of patients who underwent pHPT surgery was taken from the Scandinavian Quality Register for Thyroid, Parathyroid, and Adrenal Surgery (SQRTPA). Despite being registered as pHPT cases, 25 patients with congenital hyperparathyroidism, parathyroid cancer on histology, or lithium medication were not eligible. Statistics Sweden chose three controls for every patient who was matched by sex, age, and municipality. To avoid the bias of immortal time, the controls were still living at the moment of surgery. In addition to their respective controls, patients with mismatched personal identifying numbers (incorrect or reused), negative surgical exploration, and biochemical evidence of persisting disease, reoperation, or missed followup were eliminated. Cross-linking with Statistics Sweden, the National Patient Register, the Swedish Prescribed Drug Register, and the Swedish Cause of Death Register held by the National Board of Health and Welfare allowed for the retrieval of socioeconomic data (marital status, disposable income, and educational level), information on hospitalizations, prescriptions, and time and cause of deaths for patients and their controls. Following linkage, controls that had parathyroid surgery but weren't registered in SQRTPA were also disqualified [5].

Prior to pHPT surgery, there is an increased risk of fractures in patients, with the biggest risk occurring in the year before parathyroid surgery. Following surgery, the fracture incidence appears to return to normal. We were unable to find any solid proof that the weights of the adenoma or the preoperative serum calcium levels were related to the pre- or postoperative incidence of fractures. 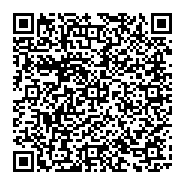