Pathophysiology of influenza and its role in causing ARDS and pneumonia.

Department of Immunology and Microbiology, the University of Melbourne, Parkville, Victoria, Australia

The influenza virus causes harm to the respiratory tract either directly or indirectly through the immune system's response. The only place where the Hemagglutinin (HA) molecule is successfully cleaved in humans, resulting in infectious virus particles, is the respiratory epithelium. Virus transmission happens when a susceptible individual comes into touch with infected person's aerosols or respiratory spores. Multiple processes can cause the lung's inability to fulfil its fundamental function of gas exchange, including airway blockage, alveolar structure loss, lung epithelial integrity loss via direct epithelial cell death, and degradation of the essential extracellular matrix.

The respiratory epithelium is where the human influenza virus replicates the most. The virus can infect other cell types, including numerous immune cells, and cause viral protein production to begin. Viral replication effectiveness varies by cell type, and the respiratory epithelium is the only place in humans where the Hemagglutinin (HA) molecule is successfully cleaved, resulting in infectious virus particles. When a vulnerable person comes into contact with infected person's aerosols or respiratory fomites, the virus is transmitted [1].

The influenza virus infects respiratory epithelial cells in the upper (including nasal) and lower (to the alveoli) respiratory tracts. The degree to which the virus invades the lower respiratory tract is a crucial determinant in predicting the extent of associated illness. Infection of alveolar epithelial cells, in particular, appears to be a significant factor in the progression of severe disease, as it destroys essential mediators of gas exchange and allows viral infection of endothelium cells. Early interactions between the influenza virus, the resident alveolar macrophages in the lungs, and the epithelial lining are a key factor in alveolar illness progression. Once the endothelium layer is broken, cytokine and viral antigen exposure can exacerbate inflammation, with endothelial cells serving as a primary source of pro-inflammatory cytokines that will determine the amount and character of subsequent innate and adaptive immune responses [2].

In the end, the participation of large parts of the airways in an infectious response, whether caused by direct viral infection or immune system injury, is a physiological failure. Obstruction of the airways, loss of alveolar structure, loss of lung epithelial integrity from direct epithelial cell killing, and degradation of the critical extracellular matrix that maintains the structure of the lung are all possible causes of the lung's inability to perform its primary function of gas exchange. The link between the immune response and extracellular matrix structure has not been thoroughly explored in this last area, which has been relatively understudied.

Targeting innate immune mechanisms that enhance inflammatory signals and contribute to epithelial damage are examples of other efforts to directly treat the host response rather than focusing on the virus. Multiple studies have linked influenza-associated disease to the inflammasome, an innate signalling complex necessary for IL-1 and IL-18 production. Targeting NLRP3 (a major component of inflammasome signalling) downstream of influenza to suppress inflammasome activation later in infection has shown positive impacts on recovery in animal models. Secondary cytokine and chemokine signalling can lead to the recruitment of tissuedamaging neutrophil and inflammatory monocyte populations after inflammasome activation. In mouse infections with influenza, Staphylococcus pneumoniae, or combination infections, experiments inhibiting CXCR1/2 signalling, a critical receptor pathway required for neutrophil recruitment to the site of inflammation, indicated protection. Given the prevalence of subsequent bacterial infections (described in greater detail below) in influenza-associated illness, such host-directed medicines could be very useful.

Neutrophils can cause tissue injury by secreting large amounts of tissue remodelling enzymes like MMPs, but they can also exacerbate inflammation by secreting extracellular traps (NETs). In animal models, NETs were strongly linked to acute lung injury, which may be increased by depleting macrophages and shifting cellular infiltrates in favour of neutrophils. Humans with severe influenza sickness have been found to have similar NET structures [3]. Levels of NETs at admission were linked with clinical ratings in one trial of severe H7N9 and H1N1pdm09 virus infection (APACHE II).

Clinical development of influenza to pneumonia and ARDS

In both paediatric and adult populations, there are no accurate statistics on the true incidence or prevalence of influenzarelated ARDS. However, bacterial sepsis and non-infectious etiologies such as trauma, pancreatitis, smoke inhalation, and medication toxicity are recognised to cause the great majority of ARDS cases. Observational studies reveal that among the modest number of viral-induced ARDS cases in children, the majority are caused by respiratory syncytial virus and Influenza A, whereas Influenza A is the most common viral cause of ARDS in adults.

The timeliness of the clinical symptoms makes identifying pneumonia and ARDS in patients with positive test results for influenza difficult. A virus infection can induce severe pneumonia and ARDS on its own, but it can also work in tandem with a bacterial infection to cause severe pneumonia and ARDS (discussed below). It can occur before or after a secondary bacterial infection, most usually caused by S. aureus and S. pneumoniae, or it can occur after a nosocomial pneumonia episode. In up to two-thirds of patients with confirmed influenza virus infection, clinicians fail to diagnose influenza clinically. Because symptomatology alone cannot distinguish severe influenza from other viral or bacterial respiratory infections in the case of severe pneumonia or ARDS, the only solid clue that influenza is a likely causative agent is presentation during the peak season of the epidemic. Primary influenza pneumonia is characterised by the persistence and/or worsening of respiratory symptoms, whereas secondary bacterial pneumonia occurs 1-3 weeks after the initial Influenza symptoms have passed or subsided; however, bacterial co-infection can occur a few days after the onset of the Influenza illness.

Because the immunological response to influenza shares many similarities with the immune response to bacteria, it should come as no surprise that an influenza virus infection can present clinically in a similar way to bacterial sepsis. Specifically, multiple studies have shown that the major receptors for Gram-positive and Gram-negative bacteria, Toll-like receptors 2 and 4, are also linked to influenza pathogenicity. The inflammatory response varies by viral strain; for example, in blood macrophages, H5N1 virus causes a stronger response than H1N1pdm09 virus and H7N7 virus, whereas H1N1pdm09 produces more robust cytokine production than other strains [4]. Endothelial damage and microvascular permeability alterations, similar to bacterial sepsis, have been documented with influenza virus infections, leading to tissue edoema and organ failure. Similar to the influenza virus's tendency to secondary bacterial pneumonia, influenza virus raises the risk of secondary bacterial sepsis by a factor of six. Adults with severe influenza-induced organ failure, as well as paediatric patients with high PIM scores and acute renal failure, are more likely to die.

Co-infections of viruses and bacteria and their impact

Many studies have looked into the mechanism of increased susceptibility to bacterial co-infection after an influenza virus infection. After an influenza virus infection, the immunological milieu in the lungs changes dramatically, with alveolar macrophages being depleted early on. Because these cells are important in the immune response to many bacterial infections, their loss could increase vulnerability. A viral infection also activates the regular regulatory mechanisms that are triggered by any inflammatory response. Upregulation of critical negative regulators on the surface of lung immune cells, such as CD200 on airway macrophages, is one of them.

Such suppressor activity is required for tissue healing and to avoid the pathological implications of excessive immune responses, but it can also provide bacteria with a window of opportunity. In a mouse model of influenza virus-Listeria co-infection, systemic glucocorticoids are produced, which can reduce inflammation and protect tissue integrity while allowing for enhanced bacterial growth. Blocking the glucocorticoid response resulted in death due to the inflammation caused by the influenza virus infection, highlighting the delicate balance between tolerance and pathogen resistance in the co-infected host [5].

The influenza virus causes harm to the respiratory tract either directly or indirectly through the immune system's response. The only place where the Hemagglutinin (HA) molecule is successfully cleaved in humans, resulting in infectious virus particles, is the respiratory epithelium. Virus transmission occurs through contact with aerosols or respiratory fomites from an infected individual. Multiple processes can cause the lung's inability to fulfil its fundamental function of gas exchange, including airway blockage, alveolar structure loss, lung epithelial integrity loss via direct epithelial cell death, and degradation of the essential extracellular matrix. 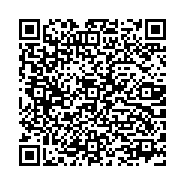