Parasitic worms, also known as helminths are large macroparasites that can be seen with the naked eye. Many are soil-transmitted intestinal worms that infect the gastrointestinal tract. Schistosomes and other parasitic worms live in blood vessels.

Because some parasitic worms, such as leeches and monogeneans, are ectoparasites, they are not classified as helminths, which are endoparasites.

Parasitic worms are parasitic worms that live in and feed on living hosts. They are fed and protected while interfering with their hosts' ability to absorb nutrients. This can cause weakness and disease in the host, posing a global health and economic problem. Parasitic worms cannot reproduce entirely within their host's body; they have a life cycle that includes some stages that must occur outside of the host. Helminths can survive in their mammalian hosts for many years because of their ability to manipulate the host's immune response by secreting immunomodulatory products. During reproduction, all parasitic worms produce eggs. These eggs have a tough shell that protects them from a variety of environmental conditions. As a result, the eggs can survive in the environment for several months.

Many of the worms known as helminths are parasites of the intestine. Helminthiasis, helminth infection, or intestinal worm infection are all terms for helminth infection. There is a naming convention that applies to all helminths: the ending "-asis" (or in veterinary science: "-osis") is added to the end of the worm's name to indicate infection with that specific worm. Ascaris, for example, is the name of a type of helminth, and ascariasis is the infection caused by that helminth.

Hookworms that attach to the intestinal mucosa. Two pinworms Image depicting the life cycle of one fairly common and welldescribed helminth inside and outside the human body: Ascaris lumbricoides. Helminths are a type of organism that has a similar shape but is not necessarily related in terms of evolution. The term "helminth" is a made-up term. There is no real agreement on the taxonomy (or groupings) of helminths, especially among nematodes. The term "helminth" refers to a group of phyla, many of which are unrelated. However, for practical purposes, the term is currently used to describe four phyla that have superficial similarities: Annelida (ringed or segmented worms), Platyhelminthes (flatworms), Nematoda (roundworms), and Acanthocephala (roundworms) (thorny-headed worms).

There could be up to 300,000 species of parasites affecting vertebrates, with up to 300 affecting humans alone.

Human parasites, which are classified as Nemathelminthes (nematodes) or Platyhelminthes depending on whether they have a round or flattened body, are important in the sanitation field. Ringworm (dermatophytosis) is caused by fungi rather than a parasitic worm.

The lifespan of adult worms varies greatly between species, but is generally between 1 and 8 years (see following table). This extended lifespan is due to their ability to manipulate their hosts' immune responses by secreting immunomodulatory products.

Helminths can be hermaphroditic (having sex organs from both sexes), like tapeworms and flukes (except the blood fluke), or have their sexes differentiated, like roundworms.

For reproduction, all helminths produce eggs (also known as ova).

When a female worm deposits her eggs - a process known as oviposition - thousands or even hundreds of thousands of eggs are produced. The number of eggs produced at one time by different species of worm varies greatly; it ranges from 3,000 to 700,000. The frequency of egg deposition from an adult helminth is generally daily, but for some Taenia species, it can occur up to six times per day. When compared to cestodes or nematodes, adult trematodes lay fewer eggs. The egg, on the other hand, develops into a miracidia, from which thousands of cercariae emerge.

Helminth eggs can survive in crops for 1-2 months and for many months in soil, fresh water, and sewage, or even for several years in faeces, faecal sludge (historically known as night soil), and sewage sludge – a much longer period than other microorganisms.

When polluted wastewater, sewage sludge, or human waste is used as fertiliser, eggs can enter the soil. Moisture and warmth are common characteristics of such soil. As a result, the risk of using contaminated wastewater and sludge in agricultural fields is a real issue, particularly in developing countries where this practise is common. Helminth eggs are regarded as the most significant biological health risk when sewage sludge, faecal sludge, or faecal matter is applied to agricultural soils.

Depending on the type of helminth, larvae hatch from eggs either inside or outside the host. After 2 to 4 weeks in moist soil at optimal temperature and oxygen levels, the embryo develops into an infective larva known as a "second-stage larva." Once ingested by a host, this larva has the ability to hatch in the small intestine and migrate to various organs. These infective larvae (or "infective eggs") can survive in soil for up to two years.

Parasitic worms have been used to treat a variety of diseases, particularly those involving an overactive immune response. Proponents argue that because humans evolved with parasitic worms, they are necessary for a healthy immune system. Scientists are looking for a link between parasitic worm prevention and control and the rise in allergies such as hay fever in developed countries. The removal of parasitic worms from areas has been linked to an increase in autoimmune disorders in those areas. Parasitic worms may be able to suppress their host's immune system, allowing them to live in the intestine without being attacked. This could be one mechanism for their proposed therapeutic effect. 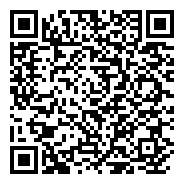