Parasitic viruses and bacteria, and poor human hygiene are the culprits for the cause of digestive tract infections.

Citation: Tessa H. Parasitic viruses and bacteria, and poor human hygeine are the culprits for the cause of digestive tract infections. J Gastroenterology Dig Dis. 2022; 7(1):102

Hookworms are soil-transmitted nematode parasites that can live for years in their human hosts' small intestines; the most common infecting species is Necator americanus. Adult worms feed on a host's blood and can induce anaemia due to iron deficiency, especially in high-risk groups (children and women of childbearing age). Hookworm infection affects around 500 million individuals in underdeveloped tropical nations, and simulation models suggest that hookworm infection results in the loss of almost 4 million disability-adjusted life years each year. Humans generate an immune response to hookworms, but it is largely ineffective in eliminating adult worms from the intestine. As a result, the host enters an immune-tolerance condition, allowing hookworms to live in the stomach for several years [1].

Antihelmintic medications are widely accessible and used, although their effectiveness varies, and they do not prevent reinfection. As a result, additional control techniques to improve water quality, sanitation, and hygiene are required. In addition, public-private collaborations are being used to create a human hookworm vaccine. Hookworms, on the other hand, could be a resource; because hookworms have the potential to control the host's inflammation, researchers are infecting individuals to treat inflammatory diseases in the hopes of discovering new anti-inflammatory chemicals. This field of research could lead to the development of new biotherapeutics for autoimmune and allergy illnesses [1].

Our goals were to conduct a comprehensive review and meta-analysis of stool microbiome profiles in preterm infants in order to identify and define microbial dysbiosis prior to the development of NEC and to investigate study heterogeneity. The researchers considered studies that compared the intestinal microbiome of preterm children who had NEC to that of controls, using culture-independent molecular methods and reported diversity metrics and microbial profiles. In addition, authors of included studies were contacted for 16S ribosomal ribonucleic acid (rRNA) sequence data with clinical meta-data, or public data repositories were explored. We used a standardised analysis pipeline to reprocess the 16S rRNA sequencing data, which was subsequently synthesised using meta-analysis. This review comprised 14 research, with data from eight of them available for quantitative synthesis [2].

Translocation of the proton pump, HK-ATPase, to the apical membrane, as well as activation of apical chloride and potassium channels, are required for the secretion of hydrochloric acid by parietal cells. Chromogranin A for neuroendocrine tumours, pepsinogen I for gastric atrophy, and pepsinogen II for H. pylori infection are all serum indicators [2].

Improved cleanliness, which reduces microbe exposure, has been suggested as one probable explanation of the current "epidemic" of chronic inflammatory disorders (CIDs) in developed countries. That is the core of the hygiene hypothesis, which claims that the rise in CIDs is due, at least in part, to lifestyle and environmental changes that have made us too "clean" for our own good, resulting in changes in our microbiota. Apart from genetics and environmental triggers, abnormal increases in intestinal permeability (which may be influenced by gut microbiota composition), a "hyper-belligerent" immune system responsible for the tolerance-immune response balance, and the composition of the gut microbiome and its epigenetic influence on host genomic expression have all been identified as factors three additional elements in causing CIDs.

A growing number of publications have focused on human genetics, the gut microbiome, and proteomics over the last decade, implying that loss of mucosal barrier function, particularly in the gastrointestinal tract, may have a significant impact on antigen trafficking, ultimately influencing the close bidirectional interaction between our gut microbiome and immune system. This cross-talk has a significant impact on the host gut immune system's activity and, as a result, on genetic predisposition and clinical outcome. This finding prompted a re-examination of the likely origins of CIDs outbreaks, with gut permeability being identified as a crucial pathogenic factor. The zonulin family, a set of proteins that modulate gut permeability, has been linked to a number of CIDs, including autoimmune, infectious, metabolic, and tumoral illnesses, according to preclinical and clinical research [3]. 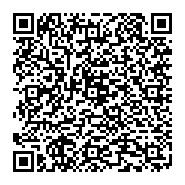