Purpose: To determine the outcomes of implantation of a modified Capsular Tension Ring (CTR) and a Posterior Chamber Intraocular Lens (PCIOL) in patients with subluxated lens secondary to Marfan Syndrome (MFS).

Materials and Methods: A total of 21 eyes of 12 patients with subluxated lens secondary to MFS undergoing Posterior Chamber Intraocular Lens (PCIOL) from March 2004 to February 2005 were included in this study. Scheimpflug video photography system was used to measure the degree of Intraocular Lens decentration (IOL) and tilt.

Marfan Syndrome (MFS), initially described by Antoine- Bernard Marfan [1], is a connective tissue disorder caused by a fibrillin-1 gene mutation which is located on chromosome band 15q21.1 [2-4]. MFS usually involves in skeletal, ocular, and cardiovascular systems with an incidence of 40 to 60 cases per million individuals [5].

The fibrillin-1 protein is a major component of the elastic microfibril of ciliary zonules, which can lead to a series of abnormal features in ocular system including ectopia lentis, myopia, axial length, astigmatism, and flat cornea [6-8]. Ectopia lentis is a major diagnostic criterion for MFS, involving in 50%-80% of patients [9]. Ectopia lentis could also result in diplopia or blurred vision if it manifested with frank subluxation. Histologic studies demonstrated that fibrillin at the equator and zonular fibers were decreased in MFS patients [10-12]. If visual acuity was progressed correctable or the refractive status unstable, lens removal was required for ectopia lentis [13,14].

Up to now, several operative approaches have been introduced, including Posterior Chamber Intraocular Lens (PCIOL) and Anterior Chamber IOL (ACIOL) implantation. It is an interesting challenge in phacoemulsification and lens implantation procedures for ocular surgeon to manage in ectopia lentis, due to zonular weakness and ectopic capsules which can lead to the failure of PCIOL. The suture fixation is often used in PCIOL procedure for most surgeons. Moreover, Capsular Tension Ring (CTR) was first introduced by Hara et al. [15] to manage in mild zonular instability. Due to inadequate recentation and stabilization of the capsular bag, CTR was modified with addition of a fixation hook by Cionni and Osher [16].

This study was approved by the Hospital Institutional Review Board. Informed consent was collected from each patient.

The patients, who were diagnosed with subluxated lens secondary to MFS and received PCIOL surgery from March 2004 to February 2005 at our Hospital, were included in present study. Inclusion criteria were as follows: 1) patients with a diagnosis of MFS, confirmed with genetic and cardiologic evaluation; 2) patients with features of ectopia lentis and an uncorrected visual acuity. Those eyes less than a follow-up of 6 months from the time of cataract surgery and with the history of previous ocular surgery or inflammation were excluded. Finally, we selected a total of 21 eyes that underwent phacoemulsification surgery with or without implantation of a CTR for study. All examinations included visual acuity, IOL decentration and tilt, and anterior chamber depth.

All eyes surgery was performed by the same surgeon. All patients underwent the same phacoemulsification surgery procedure, except for the way of fixation, including implantation of a modified CTR and sulcus fixation of double loop. The procedure was conducted according to the description from Hayashi et al. [18]. Briefly, a no-stitch 3.2 mm clear corneal incision was performed after the eye was draped in a sterile fashion. Then, carried out the side port paracentesis and Continuous Curvilinear Capsulorhexis (CCC) with a diameter of about 5-5.5 mm. A hydrophobic acrylic IOL with 13.0 mm haptic was implanted in the insertion group after the modified CTR insertion. All foldable PCIOLs were inserted into the capsular bag. The choice about the way of fixation for PCIOL was made intraoperatively according to the surgeon’s assessment of the status of zonular weakness. When the lens subluxation ranged from 90 to 180°, a modified CTR was used. When the lens subluxation ranged from 180° to 270°, a conventional fixation was applied. The incisions were hydrated and checked for stability.

Post-operatively, all patients were managed with topical ofloxacin (0.3%) and prednisolone acetate (1%) eye drops four times daily for a month. Patients were evaluated at postoperative 3, 6 and 12 months. Scheimpflug video photography system (Figure 1) was used to measure the length of decentration, degree of tilt of the IOL and the anterior chamber depth. All examinations were conducted by experienced ophthalmic technicians who knew nothing about of this study. 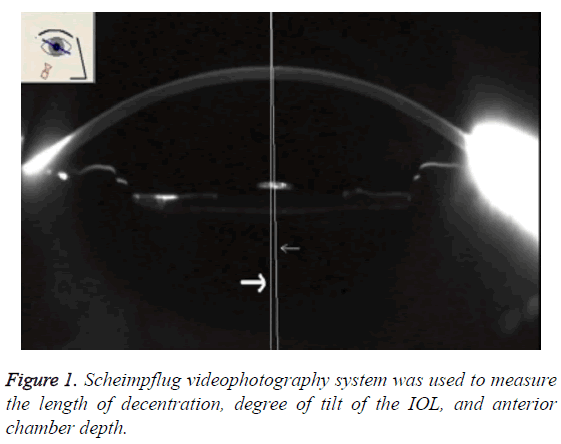 Figure 1: Scheimpflug videophotography system was used to measure the length of decentration, degree of tilt of the IOL, and anterior chamber depth.

All statistical analyses were performed using SPSS software. All qualitative variables are exhibited as percentages and quantitative data are expressed as mean ± Standard Deviation (SD). Comparison of discrete variables, including age and sex, was performed by χ2 test. Continuous variables of the groups were compared using Student t-test and Mann-Whitney U test. A P value less than 0.05 was considered statistically significant.

In this study, six eyes received PCIOL surgery of CTR implant (CTR group), and 15 eyes received PCIOL surgery of sulcus fixation (SF group). The mean age of the patients was 21.5 ± 6.2 y in CTR group and 24.1 ± 5.9 y in SF group. The mean duration of follow-up was 13.2 ± 2.7 months (range 9 to 19 months). The characteristics of the patients were listed in Table 1. There were no difference between the two groups, including age, gender, the side of eye, and axial length.

Table 2 presented the outcomes of patients undergoing PCIOL surgery. We measured the decentration and tilt of lens using Scheimpflug videophotography system. The results showed that eyes of patients in CTR group had lower degree of decentration (P=0.006) and less tilt angle (P<0.001), compared with those in SF group. However, there was no difference in Anterior Chamber (AC) depth between the two groups (P=0.738). There were 3 eyes with visual acuity higher than 0.8, 3 were ranging from 0.5 to 0.8 in CTR group. In SF group, 6 eyes had a visual acuity higher than 0.8 and 9 9 eyes were ranged from 0.5 to 0.8. No difference was observed in visual acuity between the two groups (P=0.676).

Table 2: Comparison of outcomes of the PCIOL between the CTR and SF groups.

In current study, our results demonstrated that the eyes with a modified CTR might have lower degrees of IOL decentration and tilt than those with SF technique. Moreover, we found no difference in AC depth and visual acuity between the two groups.

It is difficult to perform the PCIOL surgery in eyes with a subluxated lens. PCIOL surgery with sclera or iris suture might cause some complications, including retinal detachment and glaucoma [19]. Therefore, some surgeon introduced modified CTR technique for PCIOL surgery. Cionni and Osher reported a modified CTR technique with a fixation hook, which did not disrupt the integrity of the capsular bag and obtained good zonular stability [16]. Some studies demonstrated that the application of this modified CTR for in-the-bag IOL surgery was a relatively safe and effective choice for the management of lens subluxation and zonular deficiency [20,21]. Moreover, Takimoto et al. [17] in their study comparing the effect of CTR with no-CTR for phacoemulsification surgery found that CTR could prevent the degree of IOL decentration and tilt, and reduced the incidence of refractive prediction error. However, few reports of the outcomes of modified CTR implantation had been done for the patients with subluxated lens secondary to MFS.

Our study had several limitations to be considered. Firstly, this study was just a retrospective designed study. Next, relatively small amount of samples might lead to bias in final results. Finally, because the option of fixation technique was made based on the surgeon’s experience and preference, some bias may be inevitable.

In conclusion, in eyes with subluxated lens secondary to MFS, a CTR technique could lead to less degree of IOL decentration and tilt compared to sulcus fixation. CTR technique could reduce capsular bag shrinkage and maintain the stability of the capsular bag. Further study with larger samples will be needed involving well-designed randomized control.

No funding was received in this study. We would like to thank Wenjie Wu for collecting the clinical data. 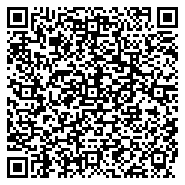