In circumstances when preterm birth is at danger, betamethasone therapy is used to encourage foetal lung maturation and reduce neonatal death and morbidity. However, our laboratory has documented late reproductive issues in both male and female rats exposed to this chemical in utero. The goal of the current study was to determine how betamethasone affected the prepubescent male offspring of women exposed to this synthetic glucocorticoid during pregnancy. To do this, pregnant Wistar rats were divided into two groups: the control group, which received saline treatment, and the group, which received betamethasone treatment. On gestational days, crucial times for the development of the fetus' reproductive system, intramuscular injections of betamethasone and the control group were administered. Reduced body and organ weights, abnormalities in the early reproductive characteristics of prepubescent male offspring exposed to betamethasone in utero, such as a shortening of the anogenital distance, changes in histomorphometric parameters, and immunostaining of androgen and oestrogen receptors on the testicles and epididymides are all associated with the treatment. Our findings imply that prenatal betamethasone exposure may influence male postnatal reproductive development and result in reproductive reprogramming. These findings cast doubt on the use of betamethasone in prenatal care for people. OPs prevented Bcl-2/Bax- and JNK-phosphorylation-mediated apoptosis. In conclusion, OPs may be able to safeguard male fertility by protecting against testicular damage and spermatogenesis abnormalities brought on by TP.

Hormones are just one of the physiological elements needed throughout mammalian development to support the proper maturation of the embryonic tissues, organs, and systems. For instance, the action of sexual hormones like testosterone, a steroid hormone primarily generated by the gonads, is necessary for male reproductive development. In rodents, the crucial stage of reproductive development takes place between the gestational days (GD), and it involves the differentiation of the male gonad, as well as the proliferation of immature Sertoli cells and germ cells in the seminiferous tubules and the differentiation of Leydig cells in the interstitial tissue of the gonad [1,2].

The virilization of the Wolffian duct, which differentiates into the epididymis and vas deferens, is brought on by the testosterone produced by the Leydig cells. The sexual differentiation of the neurological system also takes place in the final days of this period, when a peak in testosterone produced by Leydig cells influences the hypothalamus' defeminization and masculinization processes, which result in the normal male behavioural pattern. The glucocorticoids, which are produced by the adrenal cortex and have an action mechanism based on the control of gene expression, are another class of steroid hormones important in foetal development. Since these hormones affect the maturation of foetal tissues and organs like the kidney, liver, brain, and pituitary, glucocorticoids play a crucial function during the gestational period [3,4].

This hormone class is also in charge of the foetal lung development, which results in the creation of surfactant liquid prior to delivery. When there is any chance of preterm birth, which affects around of pregnancies worldwide, the use of synthetic glucocorticoids, such as betamethasone, is of major importance in human clinics. The glucocorticoids in this situation act to encourage foetal lung maturation, which lowers the incidence of neonatal mortality and morbidity. Recent research from our lab, however, revealed that exposure to this synthetic glucocorticoid intrauterinally is linked to reproductive abnormalities in adult rats, affecting both male and female reproductive systems. In addition, there are no researches on the effects of betamethasone exposure during foetal development on the postnatal development of male offspring. Therefore, the purpose of this study was to assess how prenatal betamethasone exposure affected the rat male's postnatal reproductive development throughout the prepubescent stage [5,].

For the first time, our findings revealed that DZBTS can boost androgen receptor expression and sex hormone levels, as well as the binding rate of these receptors. It can also boost the transcription enhancer factor CREB1, which in turn can boost the activity of the androgen receptor complex in the nucleus. Additionally, DZBTS decreased the expression of a heat stress-related protein to lessen oxidative damage, enhancing the ability of heat stress mice to produce sperm. These findings suggest that DZBTS may be used to identify and treat male infertility brought on by heat stress. 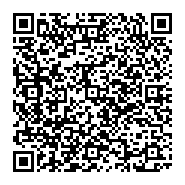