Obsessive-compulsive disorder (OCD) is a disorder in which patients have persistent, unwanted thoughts, ideas or sensations (obsessions) that make them feel motivated to perform something repetitively (compulsions). Changes in your body's natural chemistry or brain functioning could cause OCD. Genetics. Although OCD may have a hereditary component, no particular genes have been discovered.

Obsessions, compulsions, or both may be present in people with OCD. Work, school, and personal relationships can all be negatively impacted by these symptoms.

Obsessions are anxiety-inducing ideas, desires, or mental images that repeat themselves.

Symptoms that are common include:

• Fear of infection or germs

• Thoughts about sex, religion, or harm that are outlawed or taboo.

• Aggressive thoughts about others or about oneself

• Having everything in perfect symmetry or order

Compulsions are compulsive activities that an OCD sufferer feels compelled to engage in in reaction to an obsessive thought. Among the most common compulsions are:

• Organizing and ordering things in a certain, precise manner

• Checking items repeatedly, such as checking to see if the door is closed or the oven is turned off

Not all compulsions or routines are compulsions. Everyone double-checks their work from time to time. But, in general, an OCD sufferer:

• He or she is unable to control his or her thoughts or activities, even when they are recognised as excessive.

• Doesn't enjoy the activities or rituals, but they may provide temporary reprieve from the distress that the ideas generate.

Symptoms may appear and disappear, improve with time, or worsen. People with OCD may attempt to help themselves by avoiding circumstances that trigger their obsessions or by calming themselves with drink or medicines. Although most adults with OCD are aware that what they are doing is abnormal, some adults and children may be unaware that their actions are abnormal. Children's OCD symptoms are usually recognised by their parents or teachers.

Talk to your doctor about your symptoms if you believe you have OCD. If left untreated, OCD can affect every part of one's life.

Causes and Risk Factors for OCD

Doctors are baffled as to why certain people suffer from OCD. Stress might exacerbate symptoms.

Women are slightly more likely than men to have it. Symptoms are most common in teenagers and young adults.

The following are some of the risk factors for OCD:

• OCD in a parent, sibling, or child

• Differences in the physical structure of specific areas of your brain

• As a child, you may have experienced physical or sexual abuse.

Medication, psychotherapy, or a mix of the two is commonly used to treat OCD. Despite the fact that the majority of patients with OCD respond to treatment, some continue to have symptoms.

People with OCD may also suffer from anxiety, depression, or body dysmorphic disorder, a condition in which a person incorrectly believes that a part of their body is abnormal. When deciding on treatment, it's crucial to keep these additional problems in mind. 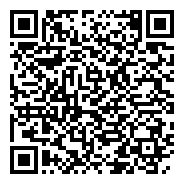