Aim: We aimed to evaluate the prevalence of obesity among the adults who visited to family medicine clinic.

Methods: The volunteer individuals aged 18 and over who admitted to family medicine outpatient clinic were included in the study. Demographic characteristics and height, weight and body mass index (BMI) of the participants were recorded.

Obesity is a global public health problem because of their effect on individuals, families and communities and its rate has increased all over the world [1]. It is associated with quality of life, risk of premature death and serious chronic diseases such as cancer, cardiovascular disease, hypertension, diabetes mellitus and dyslipidemia [2-4]. Thus, obesity and obesity related diseases seriously affect countries' economies [5]. Eventually, it is a serious health problem in the world.

Over the past 35 years, the prevalence of obesity has almost doubled worldwide. In 2014, global obesity rate among adults aged 18 years or older were 11% of men and 15% of women [6].

The increase of obesity has caused to common calls for regular monitoring of changes in overweight and obesity prevalence in all populations [12]. In this study, we aimed to evaluate the prevalence of obesity among the individuals who visited to family medicine outpatient clinic.

This research was conducted as a descriptive cross sectional study between January 2015 and November 2016 at the Department of Family Medicine Clinic of Karadeniz Technical University Medical Faculty in Trabzon, in East Black Sea Region of Turkey.

The volunteer individuals aged 18 and over who admitted to family medicine outpatient clinic were included in the study. Pregnant women were excluded. Demographic characteristics and height, weight and body mass index (BMI) of the participants were recorded. A total of 1911 participants enrolled in this study.

Table 1: International classification of adults according to body mass index [6,13].

The data were analyzed using a statistical software package. Normal distribution was assessed by Kolmogorov-Smirnov one sample test. Numerical variables are expressed as mean ± SD and median (minimum-maximum). Mann Whitney U test and Chi square test were used in comparisons. Spearman correlation analysis was used to assess the relationship between age and BMI. Statistical significance level was set at p<0.05.

Table 2: Classification of participants according to BMI.

Table 3: Obesity distribution according to gender of the obese participants. 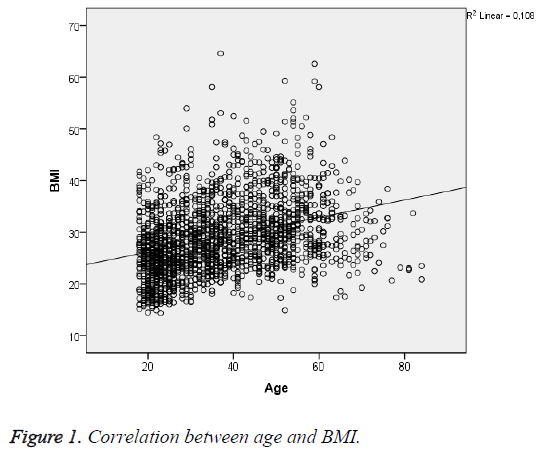 Figure 1: Correlation between age and BMI.

Our study showed that the prevalence of obesity is 38.5%. The prevalence of obesity was significantly higher in women than in men. Approximately one-third of the participants were preobese. The obesity prevalence continues to increase in many developed and developing countries [16]. For example; the prevalence of obesity increased from 19.1% to 27.2% in Australian adults between 1995 and 2012 [17]. In the TURDEP II study in 2010, obesity prevalence among adults in Turkey was 35% in community, 44% in females and 27% in males [11]. When we compare with the TURDEP II study, our results indicate that these ratios increased in the general population and in males and decreased in females. This finding indicates a positive change in women's attitudes and behaviours related to obesity.

There was a positive correlation between age and BMI. This finding may be attributed to factors such as slowing of metabolism with aging and physical inactivity. Therefore, the change in behaviour for maintaining and providing of weight control should be gain at the earliest possible age. Atherosclerotic cardiovascular diseases and diabetes are major contributors to the burden of disease in worldwide [19]. Type 2 diabetes, hypertension and cardiovascular disease risk are associated with the degree of overweight [20]. A meta-analysis indicates that pre-obesity and obesity were associated with significantly reduced risks of all-cause mortality in patients with type 2 diabetes mellitus by 19% and 28%, respectively [21]. In this respect, initiatives at the community level should be increased.

Primary care physicians have an important role in the fight against obesity. Unfortunately, in spite of increased rates of overweight, rates of weight control counselling in primary care have significantly declined [22]. It may be useful to motivate primary care physicians in this regard. In conclusion, the majority of the population is overweight. The prevalence of obesity continues to increase and is higher in women. Class II and class III obesity prevalence is higher in women than in men. To fight overweight, interventions at the community level should be increased.

The preliminary results of this study were presented in 5th International Trakya Family Medicine Congress 2016 as a poster presentation.