With the continuous improvement of people's living standard, people's material needs have been met. Nowadays, some of the unhealthy living conditions have led to outbreaks of disease, and have also caused some damage to people's healthy life. For example, alcohol consumption has a greater impact on people's health. Based on the prevalence of alcoholism in current society, the postoperative nursing and related effects were further analysed in this paper. The purpose of this study is to provide some theoretical basis and scientific support for the improvement of our country's physical health.

With the rapid development of modern economy, people's living standard and quality have been improved to a great extent. Many unhealthy living habits are constantly emerging and developing. In particular, tobacco, wine, and so on have become an important part of people's daily lives. These products have caused a certain degree of harm to human health. It causes serious harm to some tissues and organs of the body, and further causes paralysis of nerve tissue [1]. The average life expectancy of people who smoke and drink for a long time is significantly lower than that of people who never smoke or drink [2]. Therefore, it is necessary to check and monitor the health of alcoholic people, so as to avoid the occurrence of certain diseases.

Wine culture has always been an important part of diet in China. Nowadays, drinking has become an inevitable process in business. However, a large scale consumption of alcohol may damage the body's immune system, and gradually reduce the sensitivity of the body. The degree of alcohol sensitivity depends on various factors such as genetic, age-related factors, racial differences etc. [3]. Acute alcoholism will cause major damage to key tissues of the body, and may further lead to other complications such as fatty liver, hypertension, oral cancers and cardiac diseases [4-7]. And because of the prevalence of contemporary wine culture, acute alcoholism has become one of the most important diseases. The severity of acute alcoholism and its effects in middle-aged men is mainly analysed in this paper. The disease management and the nursing of the disease are observed. The purpose of this study is to provide a theoretical basis for the prevention and treatment of acute alcoholism, so as to further provide scientific support for the health of our nation.

The main symptoms of acute alcoholism and related research

Many studies have found that acute alcoholism will not only damage some of the body's tissues and organs, but also may cause the body to produce a certain degree of dependence on ethanol. Furthermore, some of the tumor suppressor genes may be activated, resulting in the occurrence of malignant tumors [8,9]. Therefore, scholars should pay attention to the prevention and treatment of acute alcoholism.

Study on nursing and related effects of acute alcoholism

Based on the symptoms shown by the acute alcoholism patients, needs to be hospitalized to overcome the symptoms [10]. Today, many of the related nursing methods has been evolved and practiced. Only the effective care can make patients ease up from the symptoms of poisoning as soon as possible, so as to reduce the mortality and life threats.

Due to the reasons for the wine culture, coupled with the rapid development of China's economy, middle aged men's entertainment is gradually increasing. There is an increasing trend in the incidence of acute alcoholism among middle-aged men (Figure 1). Moreover, many studies have suggested that acute alcoholism has become one of the most important diseases that cause the death of middle-aged men in China. However, the degree of attention to this kind of patients in China is relatively less, so that the relevant treatment is not perfect. Therefore, in view of this phenomenon, the nursing method of acute alcohol intoxication in middle-aged men in China was studied in this paper, so as to provide theoretical basis for the physical health of our nation. 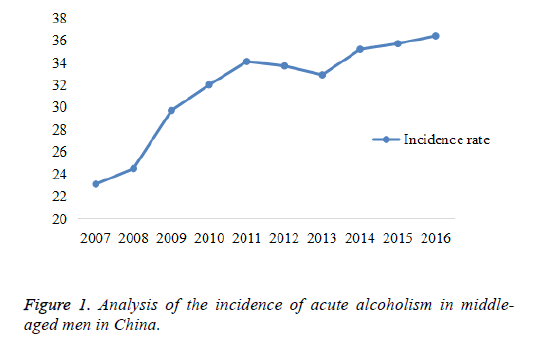 Figure 1: Analysis of the incidence of acute alcoholism in middleaged men in China.

Table 1. Analysis of the specific information of the relevant personnel.

The occurrence rate of some dangerous hidden side effects after operation is compared and analysed, so as to determine the importance of nursing care for patients with acute alcoholism. The formula of hidden danger rate is as follows:

Study on the correlation of acute alcoholism in middle-aged men

The analysis of the experimental data reveals that the main manifestations of acute alcoholism in middle-aged men in China are three forms: General intoxication, pathology and complexity [11]. With the deepening of the three forms, the damage caused to the collective has also gradually increased, which may cause different degrees of damage to the body. Each type of acute alcoholism needs to be treated by taking different interventions to get rid of serious harm to the body [12]. 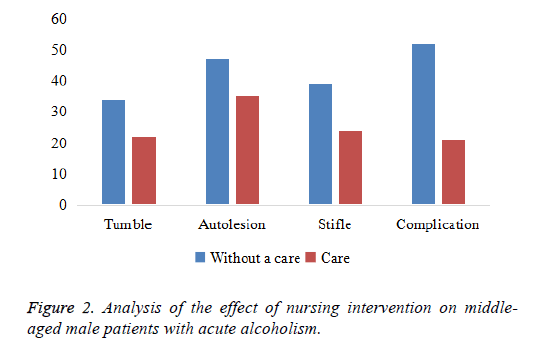 Figure 2: Analysis of the effect of nursing intervention on middleaged male patients with acute alcoholism.

At present, due to the development of economy and the prevalence of wine culture, the incidence of acute alcoholism among middle-aged men is rising. According to the background that nursing intervention may effectively relieve the symptoms, the related measures and effects of nursing intervention were analysed in this paper. The results show that effective nursing intervention can reduce the occurrence of patient safety risks.