Background: Nocturnal enuresis (NE) is prevalent in patients with sickle cell disease. This has been attributed to a decreased ability to concentrate urine caused by sickling-induced nephropathy (hyposthenuria).Whether this is true in Sudanese children with sickle cell anemia is unknown.

Results: NE is present in38%, 13% and 12% of children with sickle cell anemia, sickle cell trait and the control respectively. Hyposthenuria was not detected in children with or without enuresis.NE is common in siblings of enuretic children but not their parents.

Nocturnal Enuresis (NE) is defined according to DSM-IV as incontinence of urine at night after age 5 more than two times per week for at least 3 months [1]. It is usually divided clinically into primary (never being dry) and secondary (prior dry period) forms and monosymptomatic (absence of daytime symptoms) versus non-monosymptomatic (presence of daytime symptoms) enuresis [2].

The prevalence of NE in normal children seems to be the same throughout the world [1]. It has a prevalence of 7% for males and 3% for females at age five [3]. In Sudan, the prevalence rate vary from 6.5% to 33.5% depending on the definition of enuresis used [4-6].

Enuresis is frequent in children with sickle cell disease and its intensity is linked to severity of the disease [7]. In their review, Wolf et al. [8] reported the prevalence of NE in children and adolescent with SCD to range from 9-51%.

This was constructed based on 10 relevant studies reported in the literature. This variation in prevalence rate was attributed to inconsistent definitions of NE [8].

NE in SCD is commonly hypothesized to be due to an impairment of urine concentrating ability (hyposthenuria), leading to nocturia and polyuria [9]. However, no significant differences were seen in more recent studies comparing the maximum concentrating ability of children with homozygous SCD and enuresis with age and sex matched children without enuresis, although children with SCD and enuresis were more likely to have low maximum functional bladder capacity [3].

SCD is prevalent in Sudan but there are no reports of NE in these patients. The objective of this study was to identify the frequency of nocturnal enuresis among Sudanese children with SCD, to test the hypothesis of hyposthenuria as a cause of NE in sickle cell patient and to look at the previously suggested association between nocturnal enuresis and homozygous sickle cell disease.

This is a Prospective, descriptive, hospital based study done during May 2012 to November 2012. The study group was children 5-16 years diagnosed as sickle cell anemia or sickle cell trait and confirmed by hemoglobin electrophoresis. Children attending general pediatric clinic who has no personal or family history to suggest sickle cell anemia and who have normal hemoglobin and hemoglobin electrophoresis were taken as control group (matching in sex and age). Children with constipation, snoring, mouth breathing, nasal congestion, diabetes mellitus, diabetes insipidus, chronic renal failure, nephritic syndrome, receiving diuretics and those with abnormal urine analysis were excluded from the study.

A Questionnaire for All Patient was filled by the Author (E), It Includes

Statistical package of social science (SPSS) version 15 software was used for data entering and coding. Microsoft word and Excel have been used to generate graphs and tables.

Table 1. Demographic and clinical characteristics of patients in the study group and control group

Figure 1: Frequency of NE in the study and control group

Figure 2: Types of NE in the study and control group

Table 2. Percentage (%) of patients with weight below third per centile in the study and control group

Table 3. Percentage (%) of patients with height below third per centile in the study and control

BMI below 3rd centile was present in 85% of children with enuresis compared to 28% in those without enuresis (P<0.001).

Table 5. BMI in AS group

BMI (Table 6): There was no significant difference between those with and without NE.

Table 6. BMI in the control group

Family size and education level of parent had no significant effect on the frequency of NE.

Low socioeconomic status was present in 70% of children with NE in SCD group compared to 52% in children with no NE in the same group (P<0.05).

In the study group a positive family history of NE was significantly higher in enuretic children with SCD compared to non-enuretic (76.5% vs. 4.5% P<0.001) All of them were siblings. 54% of these enuretic siblings had sickle cell anemia and 46% were normal (Table 1).

This study used DSM-IV to define NE. We had used this definition when we reported on NE in normal Sudanese children (4) and it was also used by 4 other studies reporting NE in children with SCA (8). This consistent definition will allow comparison with these studies.

The present study confirmed the previously suggested association between homozygous sickle cell disease and nocturnal enuresis [10,11]. The frequency of NE in SS group was at least thrice that found in control subjects. A similar association could not be shown for children with sickle cell trait since they had an almost similar rate as the control group. It is interesting to note that the frequency of NE in the control group is almost double the rate we reported before in normal children (12% vs. 6.5 % [4]. If we used our previously reported rate of NE then children with sickle cell trait in this study would have been considered to have high frequency of NE. There are no reports in the literature about the prevalence of NE in such patients.

In the current study NE was common in boys with homozygous sickle cell disease and sickle cell trait. This had been reported previously in normal children as well as children with sickle cell anemia [3,4,7,15-19]. It is probable that factors contributing to enuresis in normal children like reduced responsiveness to toilet training and slower maturation in boys as well as the frequent developmental delay are also important in children with homozygous and heterozygous sickle cell disease [20,21]. However, there are no studies that determined the relative contribution of general pediatric and SCD in these factors [8].

NE was observed to be associated with low socioeconomic status in this study. This is different from what had been reported from Jamaica and Nigeria but similar to previous studies that noted enuresis to be more in normal children from lower socio-economic status [3,19,22,23]. Rahim, et al. [16] in a large epidemiological study, reported a prevalence of 88% of NE in Sudanese children, 3-15 years, living in a suburban area in Khartoum. According to the same study, the prevalence of NE remained higher than the rate in European children after the age of 9 years [6]. This can be partly explained by the fact that Rahim et al. [16] study was conducted exclusively in an area of low socioeconomic status. Thus we can assume that low socioeconomic status is associated with an increased risk of NE in Sudanese children with or without sickle cell disease.

The association between NE and homozygous sickle cell (SS) disease has been attributed to poor urinary concentrating ability and obligatory high urinary volumes [1,4]. Urine specific gravity, found to be as good as measuring urine osmolarity in normal urine specimen, was measured in a random urine sample for all patients [12]. There was no significant difference in urine specific gravity between enuretic and non-enuretic patients. No significant differences were also demonstrated in studies from Jamaica comparing the maximum concentrating ability of children with homozygous sickle cell anemia and enuresis with age and sex matched children without enuresis [3]. In ten children with homozygous sickle cell anemia and NE treated by Figueroa et al. [3] with intranasal desmopressin acetate (DDAVP), four responded completely and another two had a partial response [3]. These findings support the concept that, although this population has an increased prevalence of nocturnal enuresis, the causes and treatment for this condition may be the same as children without a hemoglobinopathy.

Early and progressive inability to concentrate urine has been reported in sickle cell disorders including sickle cell trait. This persists and/or worsens with age [24]. Despite that not all children with SCD or sickle cell trait develop NE and those who develop it the rate of NE declines with age [8]. Therefore it is difficult to link NE in SCD to hypothenuria.

In normal children insufficient cerebral maturation, as an important factor in the pathogenesis of primary nocturnal enuresis, was suggested by previous studies. The indicators of brain immaturity in these studies were inferred from abnormal neurophysiological studies of the brain, significant lag in bone age and brain microstructure abnormalities in areas that are involved in micturition control network [30-34]. Children with sickle cell anemia had been described to have significant retarded bone age at 8 years of age [35]. Various brain injuries were also described in children with sickle cell anemia; cortical thinning was described with the largest regions of thinning in the precuneus and the posterior cingulate [36]. Another abnormality is reduced gray matter volume and that was mainly observed in the caudate, thalamus and cortex [37,38]. Ischemia and/or infarction especially of the thalamus and basal ganglia were also described [39,40]. We can see that some of the areas affected in patients with sickle cell anemia are part of the micturition control network making brain immaturity a possible explanation for NE in this population like normal children.

Low (but still within the normal reference value) serum vitamin B12 and folate level were reported in two studies in patients with primary NE when compared to the control group. This was suggested to have a role in the delay of CNS maturation as well [41,42]. More than half of sickle cell anemia patients had inadequate dietary folate intake. Despite adequate folate supplementation 15% of children with sickle cell anemia had low serum folate.B12 intake was adequate with only 3% had B12 deficiency [43]. Therefore low serum folate level might play a similar role in patients with sickle cell anemia and NE like that in enuretic normal children.

Neveus stated that NE is not only a nocturnal problem but also a disorder of sleep [44]. A systematic analysis of the literature from 1980 to 2010 identified nocturnal enuresis in 31% of children who had Sleep Disordered Breathing (SDB). After adenotonsillectomy the rate dropped to 16% [45]. Using polysomnography in children with sickle cell anemia the prevalence of Sleep Disordered Breathing (SDB), specifically habitual snoring and obstructive sleep apnea hypopnea syndrome, was 35% to 79% [46,47]. Using polysomnography Lehmann et al. demonstrated that habitual snoring and SDB with and without habitual snoring are associated with enuresis in children with SCA [48]. 23.5% of their cohort had SDB without habitual snoring. This means the absence of habitual snoring in a child with SCD and enuresis does not exclude SDB. In our study we had excluded children who were snoring or had history of snoring. We did not perform sleep studies to identify those with other sleep disorders like apnea and hypopnea which might be associated with NE.

There is an anatomic evidence for an association between 25-hydroxy vitamin D (25(OH) D) and sleep patterns. Vitamin D receptors are present in the same areas that are thought to play important roles in the initiation and maintenance of sleep [49]. Moreover, clinical studies suggested that vitamin D supplementation for patients with sleep disorders may contribute to significant improvements in sleep quality [50-52]. Low 25(OH) D was reported to be associated with an increased risk of NE in normal children aged five to seven years [53]. Vitamin D deficiency in children and adolescents with sickle-cell disease is prevalent and was associated with painful crisis [54]. Low vitamin D level was detected in 63% of Sudanese children with SCA compared to 38% in the control (personal unpublished data). It is plausible to assume that low vitamin D might contribute to NE in patients with SCA through its effect on sleep or by increasing pain episodes that will add to sleep disturbance.

The existence of familial history of nocturnal enuresis in enuretic children with and without sickle cell anemia had been documented [4,55-60]. This had been shown also in this study as well further supporting the genetic predisposition to enuresis. Few gene loci associated with nocturnal enuresis in normal children had been identified [61], but no such work had been done in enuretic children with SCA.

This study did not differentiate between monosymptomatic and nonmonosymptomatic enuresis. The exclusion of those with snoring had possibly leaded to a lower prevalence rate of NE than it should be. 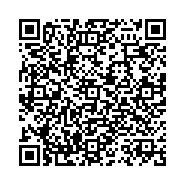