While population expansion and economic pressures compel traditional agricultural methods to adapt, biodiversity is rapidly dwindling. One of the most important components of biodiversity is animal genetic resources, which help to meet the growing need for food and agriculture. As open space shrinks, it becomes more important to consider our local landscapes as a biodiversity haven. A native animal has always existed in a certain environment. Such creatures have evolved with and adapted to their environment, playing a role in the chain of events for feeding (food web) or habitat. A complex web of life is created by native creatures.

They can easily become extinct, affecting an entire ecosystem. Native animals are significant for a variety of reasons, including their involvement in healthy ecosystems, contributions to our quality of life, economic benefits, and ability to adapt to challenging local environmental conditions. As a result, efforts should be made to prevent the extinction of native species and to save them. In addition, countries should maintain and manage native animal genetic resources.

Genetic resources are described as "genetic material of actual or potential value" in the United Nations Convention on Biological Diversity. Only tens of thousands of species have been tamed to suit people's basic needs. A total of 8054 breeds have been reported worldwide, with 1710 of them categorised as endangered. Given the current rate of extinction, global agriculture is expected to be negatively impacted in the near future. As a result, the globe has seen a considerable increase in activity for the conservation of animal genetic resources in recent years. Characterization and monitoring of animal genetic resources are part of the Interlaken Declaration, which was signed in 2007 by countries concerned about the deterioration of their animal genetic resources.

Despite their poor output, Turkish native animal breeds have evolved to cope with very challenging local environmental conditions, such as harsh climate conditions and a scarcity of food. The first evidence of animal domestication was discovered in the Near East, with Turkey being a particularly important region. Anatolia has been a nursery for civilizations since prehistoric times within the Near East, due to its geographical location at the crossroads of Asia and Europe. The numerous Neolithic human settlements found throughout this region clearly suggest that it was a major livestock domestication centre, particularly for cattle, pigs, goats, and sheep.

As a result, some of today's Turkish native breeds are thought to be among the oldest living descendants of their first domesticated predecessors, and Anatolian (Turkish) native breeds may be unique in preserving genetic variety. As a result, they must be investigated in terms of genetic markers. Our study group has produced numerous research articles on the characteristics and identification of Turkish native animal breeds. In terms of nDNA loci and the mtDNA CoxI-CoxII intergenic region, we demonstrated the genetic diversity of Turkish honey bees. 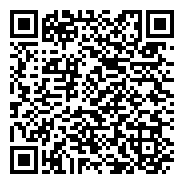