Background: Pneumonia is a major cause of morbidity and mortality in children especially in sub Saharan Africa and Asia. Recent studies suggest that pneumonia may be overdiagnosed at the expense of other acute respiratory conditions with similar features such as asthma and other wheezy conditions, and bronchiolitis. This study examined the prevalence and diagnostic concordance of hospital diagnoses made with an established Case Definition Criteria (CDC) for these three common respiratory disorders in the south east region of Nigeria Materials and Methods: Hospital admission records of all children aged between 2 and 59 months who presented with, catarrh, respiratory distress, cough and fever between January and December 2015 in the children emergency room of three hospitals in South East Nigeria were reviewed. Results: A total of 186 case records met the inclusion criteria and were analyzed. Bronchopneumonia accounted for 41.9%, of the cases admitted; while reactive airway disease and bronchiolitis accounted for 16.1% and 9.1% respectively based on the hospital diagnoses, and 33.3%, 23.1% and 5.9% respectively using the case definition criteria. The positive and negative predictive values for diagnosing bronchopneumonia (BP) were 72% and of 94% respectively. For reactive airway disease (RAD), the values were 57% and 83% respectively while that for bronchiolitis (BL) were 53% and 99% respectively. Conclusion: There is need for a review of the criteria for diagnosis of these respiratory conditions in children that are similar to forestall the danger of misdiagnosis and inappropriate treatment of children with these conditions.

Respiratory diseases are common feature in paediatric practice [1,2]. They are often infective or reactive but the infective causes are said to be more common [1,3]. Of these infective causes, morbidities and mortalities have been most associated with pneumonia especially in low-income countries [3,4]. These morbidities and mortalities have also been noted to be adversely affected by some factors such as age, state of nutrition, presence of co-morbid conditions in the affected children etc [1-3,5]. Some efforts at finding ways of identifying the child with pneumonia have led to a number of ways of classifying the child with respiratory diseases and case definitions [6-9]. The recently revised clinical guideline for childhood pneumonia diagnosis by the World Health Organization considers pneumonia in a child with or without fever presenting with cough and difficulty in breathing/lower chest in-drawing at the firstlevel health facility and outpatient department [6]. There are however other conditions with similar clinical features that may not have been excluded in the definition used for pneumonia. It becomes worrisome the implication of diagnosing every child with cough and fast/difficult breathing with or without fever as pneumonia. This is more so when it is realized that achild with RAD and with any cause of fever, especially malaria, the common cause of fever in our environment, will present with similar symptoms in a co-morbid state. This diagnostic dilemma has also been noted in publications [10-12].

These studies have suggested that lack of clearly defined case definition and poor recognition of these conditions which mimic pneumonia in children may have unduly increased the figures ascribed to pneumonia [11,12]. This research set out to verify the dominant school of thought that pneumonia is responsible for most of the morbidities attributable to respiratory disease in under five children in our area. The study reviewed the prevalence, pattern, demography and diagnostic concordance of hospital diagnoses made with an established Case Definition Criteria (CDC) for the three common respiratory diseases with potentially similar clinical signs in 2-59 months old children from three hospitals in the south east region of Nigeria and has been designed in such a way as to throw up facts that will add to knowledge about these conditions in the area.

The hospital admission records of all children aged between2 and 59 months who presented with, catarrh, respiratory distress and or cough and or fever between January and December 2015 in the children emergency room of the three hospitals were reviewed. Those of them who had bronchopneumonia (BP), reactive airway disease (RAD), and bronchiolitis (BL) as the final diagnosis or as a co-morbid state were selected.

Data from all admission records of cases selected for the study were retrieved and the information on admission in the records of those cases with final diagnoses of BP, RAD and BL were extracted. These included patient demography and clinical features.

Furthermore, data from the case records were reviewed using the CDC that were developed from standard clinical approach to diagnosis and WHO guidelines designed for this research (see Definitions) [7].

Data obtained was entered into Microsoft Excel® (2010, Microsoft Corporation, Redmond Washington USA) and analyses subsequently done with Statistical Package for Social Sciences (SPSS) version 20 (2011, IBM Inc. Chicago Illinois, USA). Shapiro Wilk's W test was used to check normality of various variables. Test of association between variables were done using the chi-square test for nominal variables. Sensitivity and specificity and predictive values of the final hospital diagnosis and the CDC based diagnosis were determined. Statistical significant value was set at a p value of ≤0.05 with confidence interval of 95%.

The case definitions were developed from standard clinical approach to diagnosis and WHO guidelines [7]. designed for this research.

Children whose clinical presentations were that of cough, tachypnoea, dyspnoea, wheeze, with or without hyperresonance were classified as having ‘reactive airway disease’. This is an umbrella term used in this study to categorize all wheezy children inclusive of those diagnosed to have asthma following the Global Initiative for Asthma (GINA) guideline but exclusive of bronchiolitis. The presence of any four of above features were considered diagnostic. Terminologies such as bronchitis, bronchitisasthma, wheezing disorder and hyper-reactive airways disease, have been used to describe children with cough and wheezing [13].

A child with any five of coryza, tachypnoea, dyspnoea, wheeze, hyper-resonance, crepitations, with or without fever was classified as a case of bronchiolitis.

A child was said to have pneumonia if he had the following symptoms/signs/laboratory features: fever, new onset of worsening cough, dyspnoea, tachypnoea, crepitations or bronchial breath sounds, Leucopenia (<4000 wbc/mm3) or leucocytosis (≥ 12000 wbc/mm3) with or without chest X-ray showing features in keeping with pneumonia. Any three of the clinical features inclusive of crepitations was considered as diagnostic.

Rapid Diagnostic Test (RDT) positivity was also sought for in all these when there is a fever.

Due to paucity of laboratory results, this study relied mostly on the clinical bases for diagnoses made and used such when matching findings with expectations. A total of 196 case records were reviewed. Of these 10 cases did not meet the criteria and were excluded: five had incomplete data entries, three were cases of HIV/AIDS, one had multiple diagnoses and one did not have a definite diagnosis (Figure 1). 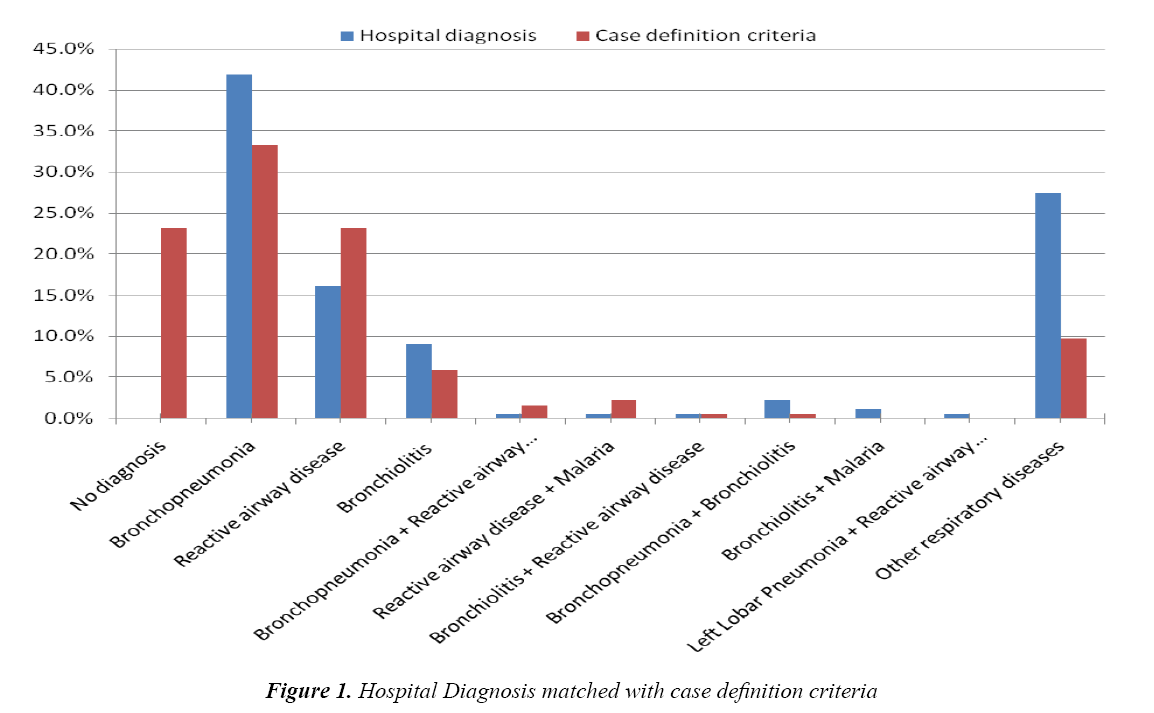 Table 3: Distribution of the various respiratory conditions with or without co morbidities

The prevalence of pneumonia in studies that excluded children with a known history of asthma varied widely, ranging from 8.6% to 35% [2-4]. Prevalence of pneumonia in studies conducted among children with wheezing also varied widely, from 1% to 23% [9-12]. However, several of those studies were limited by their exclusion of children >2 years of age, as well as children with a history of wheezing [10-12]. About 23.1% of cases in this index study could not be determined when the CDC was applied. These were mainly because of entries by the attending physicians which were not complete to be useful and also possibly due to CDC which concentrated on features on admission and missed out previous episodes and family history information which could have diagnostic usefulness in diseases in this study grouped under reactive airway disease.

With increasing control of infectious respiratory diseases, efforts have shifted to non-communicable diseases like asthma which accounts for over 30% of all pediatric hospitalizations in the United States [4]. Although asthma causes 180,000 deaths worldwide each year, its greatest burden is the morbidity and disruption of lives that it causes [5].

The change in prevalence rates after applying the CDC and these predictive values suggest that there may be misrepresentation of the burden of these diseases with overdiagnosis of pneumonia and under-diagnosis of reactive airway disease. Nantanda et al. [11] in Uganda noted that the findings of their study support current arguments that, using WHO guidelines, bacterial pneumonia is overdiagnosed.

Over-diagnosis of pneumonia and under-diagnosis of asthma may be contributing to significant untreated respiratory morbidity and mortality among children less than five years in low-income countries [6]. Recognition of this trend and its correction may improve the quality of care given to these children.

Bearing in mind that these are 3 distinct diseases that require different treatment approaches, it will be important therefore to attempt to make the right diagnoses and for the appropriate treatment to be given. For instance, antibiotics would often be used irrationally due to misdiagnosis of reactive airway disease as bronchopneumonia. This can contribute to drug resistance, while increasing morbidity and cost of care. So also is a possible apparent worsening of severity of the respiratory condition if considered as bronchopneumonia and not rightly reactive airway disease or bronchiolitis.

As is often observed in retrospective studies, entries in patients’ folders were a challenge in this study. Secondly, the CDC, particularly as pertaining to reactive airway disease may not have been as sensitive and specific as would have been necessary. Notwithstanding these however, it can be said from the data here that there is a real need for a prospective study to determine these prevalence using refined CDC.

There is need for a review of the criteria for diagnosis of these respiratory conditions in children that are similar to forestall the danger of misdiagnosis and inappropriate treatment of children with these conditions.