Objective: This study aimed to investigate the role of microRNA-320 in Insulin Resistance (IR) of patients with Polycystic Ovary Syndrome (PCOS) and its regulatory mechanism.

Results: The microRNA-320 expression in the ovarian tissue in the PCOS–IR group was significantly lower than that of the control group. The IRS-1 specific binding target sites with microRNA-320 were screened by the bioinformatic software and dual-luciferase reporter gene method. Moreover, compared with the control group, the expression of ERK1/2 was significantly up-regulated in PCOS group.

Polycystic Ovary Syndrome (PCOS) refers to a series of syndromes, including bilateral ovarian polycystic changes, chronic anovulation, or rare ovulation, accompanied by infertility, hirsutism, acne, and menstrual disorders [1]. The disease can seriously affect fertility of patients. The clinical features of PCOS include hyperandrogenism and absence or sparse ovulation. PCOS is the most common endocrine disease in 5%-10% of women of childbearing age [2]. At present, PCOS is considered to be an endocrine and metabolic disease characterized by Insulin Resistance (IR). The hyperinsulinemia secondary to IR plays an important role in androgen excess. MicroRNA is a kind of small-molecule single-stranded noncoding RNA that binds with mRNA specific target sequence and inhibits the expression of target gene, to regulate the posttranslational expression regulation and the development and physiological function of tissue and organ [3,4]. The present studies have showed that microRNA-21, microRNA-27b, microRNA-103, and microRNA-155 are involved in the regulation of follicular development, androgen synthesis, and insulin sensitivity-related signaling pathways, which may provide a new target for the diagnosis and treatment of PCOS [5]. The purpose of the present study is to investigate the differential expression of microRNA-320 in patients with PCOS and patients without PCOS and its role in the pathophysiological mechanism.

The ovarian tissues in 20 cases of patients with PCOS and IR (PCOS-IR group) and 20 cases of normal persons (control group) were collected. The ovarian tissue was flushed with phosphate-buffered saline, cut into 0.1 cm3 with ophthalmic scissors, and preserved in liquid nitrogen.

The human embryonic kidney 293T cell was purchased from the Shanghai Institutes for Biological Sciences of the Chinese Academy of Sciences.

RNA from the ovarian tissue was extracted and quantified by the TRizol method. The extracted RNA was reversely transcribed into cDNA using the AMV reverse transcriptase. The cDNA was used as the template, and RT-PCR was performed. The microRNA-93 was detected by RT-PCR. The primer was synthesized by Shanghai Sangon Biotechnology Company Ltd., and the synthetic sequence is shown in Table 1. The PCR reaction system is composed of the following: 5 μl of 2X SYBR mix, 0.2 μl of forward primers, 0.2 μl reverse primer (10 μM), and cDNA template (25 ng). The reaction liquid was supplemented to 10 μl sterile water. The reaction condition was 95°C for 1 min, denaturation at 95°C for 15 s, annealing at 60°C for 15 s, and extension at 72°C for 30 s. A total of 40 cycles were performed. The fluorescence signal was collected for every cycle. The expression of U6 was regarded as the internal reference. The relative expression of microRNA-320 was quantified by 2-ΔΔt. The primer sequences are shown in Table 1.

The specific binding target site and binding sequence of microRNA-320 were predicted using TargetScan and miRanda.

According to the IRS-1 specific binding sequence with TargetScan, the genomic DNA of 293T cells was extracted. The PCR was amplified by the plasmid construction, to obtain wild-type 3’ UTR and to bind into the pGL3 dual-luciferase reporter vector. The QuikChange® site-specific mutagenesis kit was used to construct the expression vector of pGL3-IRS-MUT (IRS-MUT). The constructed vector was sequenced correctly and the mutation site was correct.

The preserved ovarian tissue in liquid nitrogen protein was extracted, and 10% SDS-PAGE gel electrophoresis was performed. The membrane was transferred in 200 mA constant current for 100 min and closed in 5% skim milk at room temperature for 1 h. The primary antibodies p-ERK1/2 and ERK1/2 were added and incubated overnight at 4°C and washed for three times with Tris-Buffered Saline (TBS), 5 min every time. The secondary antibody was added, incubated for 1 h at room temperature, and washed with TBS for three times, 5 min each time. HRP-chromogenic reagent was used to colorate. 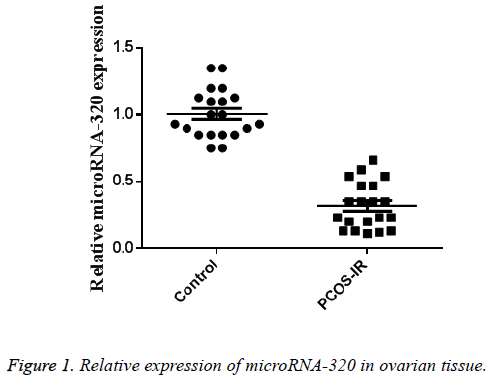 The bioinformatic software TargetScan and miRanda were used to predict the possible specific binding target sites with microRNA-320. Among them, the target gene IRS-1 was directly related to IR in patients with PCOS. The specific binding IRS-1 target sites with microRNA-320 are shown in Figure 2. The dual-luciferase reporter gene analysis showed that, compared with the control siRNA group, the activities of 293T cells transfected with mimic sequence and IRS-WT highexpression plasmid were significantly decreased. However, the activity of 293T cells luciferase containing mimic sequence and IRS-MUT did not significantly change. The results are shown in Figure 2. The results suggested that IRS-1 was a direct target of microRNA-320. 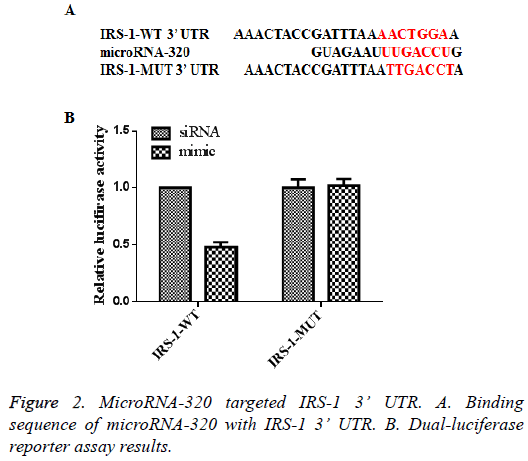 MicroRNA-320 inhibiting the expressions of IRS-1 and ERK/2

To further investigate the downstream signal pathways of microRNA-320 in inhibiting the targeted IRS-1, the 293T cell protein samples were collected after the transfected mimic sequence and siRNA were cultured for 48 h. The expressions of IRS-1, p-ERK1/2, and ERK1/2 in the two groups were detected by Western blot. The result showed that the expressions of IRS-1 and p-ERK1/2 were significantly downregulated in 293T cells transfected with mimic sequence, but the expression of ERK1/2 did not significantly change (Figure 3). This result suggested that microRNA-320 inhibited ERK1/2 pathway via IRS-1. 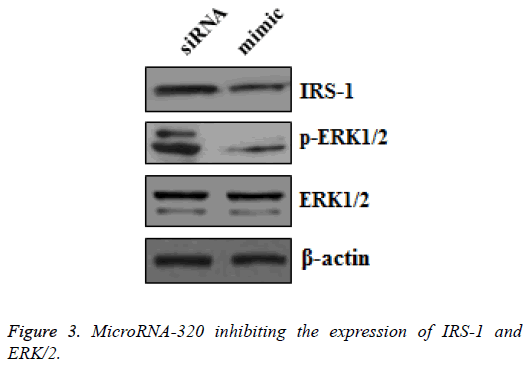 Figure 3: MicroRNA-320 inhibiting the expression of IRS-1 and ERK/2. 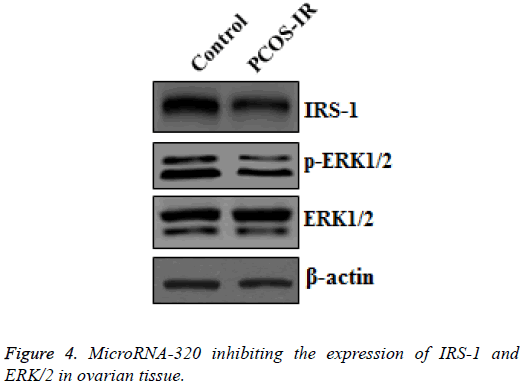 Figure 4: MicroRNA-320 inhibiting the expression of IRS-1 and ERK/2 in ovarian tissue.

PCOS is often accompanied by IR in varying degrees and compensatory hyperinsulinemia, high androgens, and luteinizing hormone. Studies have shown that the incidence of IR in patients with PCOS is 50%-70% [6]. Further study on IR is of great significance in clarifying the pathogenesis of PCOS and in preventing complications. The serine/threonine phosphorylation of IRS protein is an important factor leading to IR. The IRS protein activity or its downstream signal could enhance the negative regulation of insulin signal transduction and its effect [7,8]. IRS-1 mainly activated the MAPK/ERK pathway. The RT-PCR result confirmed the low expression of microRNA-320 in patients with PCOS and predicted that IRS-1 might be a target gene of microRNA-320. The further dual-luciferase reporter gene method and Western blot confirmed the correlation between IRS-1 and microRNA-320.

IRS-1 could mediate the signal of insulin or insulin-like growth factor receptor and activate the signal pathway IR-related ERK1/2 [9,10]. This study showed that microRNA-320 could regulate the low expression of IRS-1 and then inhibit the phosphorylation of ERK1/2, which further revealed the important role of microRNA-320 in IR in PCOS.

In conclusion, our study suggested that microRNA-320 could regulate IRS-1 expression and ERK1/2 activity in ovarian tissue, which is associated with IR in PCOS. Our study contributes to the understanding of the mechanism of microRNA in PCOS combined with IR, thus providing theoretical basis for the diagnosis and treatment of PCOS.