Metformin and its gastrointestinal problems: A review

Metformin is a biguanide class of drugs and has been recommended as first-line therapy for type 2 diabetes. It has a good safety profile, efficacy, comparatively reduced cost, and potential cardiovascular benefits. Metformin is an insulin-sensitizing agent, its bioavailability is 50%-60%. Generally, A1C levels are lowered by 1.5% points by metformin monotherapy. Treatment with metformin decreases fasting plasma glucose concentrations by 25% to 30% and decreases the production of glucose. Metformin reduces hepatic glucose production and absorption of glucose in the intestine. In addition to it, decreases fatty acids oxidation. In liver and skeletal muscles the mitochondrial function and AMP Activated Protein Kinase (AMPK) activity are considered as potential mechanisms and has gained much attention by which metformin exerts its advantageous effects. In the gut enteroendocrine cells secret glucagon-like peptide-1 and glucose-dependent insulinotropic peptide, which are considered as important determinants for the disposal of glucose following a meal. Glucose production is reduced either by decreasing gluconeogenesis or by glycogenolysis. Treatment with metformin is, nevertheless, very often associated with gastrointestinal side effects and quality of life and treatment adherence is negatively affected in patients of type 2 diabetes. The most common gastrointestinal symptoms are diarrhea, heartburn, and nausea, followed by abdominal pain, bloating, and retching. The mechanism lying under gastrointestinal intolerance caused by metformin is unclear. However, there are different hypothesis proposed, including stimulation of intestinal secretion of serotonin, alteration in incretin and metabolism of glucose, and malabsorption of bile salts. Metformin is used clinically in diabetes, polycystic ovary syndrome, and in obese for weight reduction. It has cardioprotective effect and its use is recently being studied in cancer and HIV associated metabolic abnormalities.

Metformin is the first-line antidiabetic agent, which is used for type 2 diabetes treatment, particularly in overweight patients where diabetes not controlled by adequate diet. It lies under the class of biguanides, which are guanidine derivative. Chemically it is 1, 1-dimethylbiguanide hydrochloride. In the market it is the only biguanide derivative available. United States Food and Drug Administration (FDA) approved its use in 1994 [1]. In 1970s, the first two biguanides, buformin and phenformin were withdrawal from the US market due to higher risk of lactic acidosis [2].

Metformin is the accepted diabetes treatment and has a good safety profile [3]. It is an insulin-sensitizing agent [4]. Its bioavailability without binding to protein is approximately 50-60%, and it has large volume of distribution and in small intestine it is maximum accumulated [5]. It has been found that 500mgdose of metformin has absolute bioavailability of 50% approximately and by increasing the dose bioavailability decreases [6]. In the presence of food, bioavailability decreases with an Area under the Curve (AUC) 20% lower and maximum plasma concentration (cmax) 35% lower [7]. However, with regular doses, the steady-state plasma concentration reaches within 24-48 h having plasma half-life: 2.7-4 h [8]. 63 to 276 L is the range of volume of distribution. Metformin hydrochloride has renal clearance of >400 ml/min. It is eliminated via glomerular filtration and tubular secretion. In patients having impaired renal function, renal clearance decreases as the creatinine clearance decreases. This results in prolonged elimination half-life and raised plasma concentrations [1]. Generally, A1C levels are lowered by 1.5% points by metformin monotherapy [9,10].

Metformin reduces hepatic glucose production and absorption of glucose in the intestine. In addition it decreases fatty acids oxidation. Furthermore, it increases sensitivity of insulin, resulting in decrease resistance of insulin that is commonly a problem in type 2 Diabetes Mellitus (T2DM) patients [11]. Treatment with metformin decreases fasting plasma glucose concentrations by 25% to 30% and decreases the production of glucose [12]. Metformin for its access to hepatocytes utilizes the Organic Cation Transporter-1 (OCT-1). It is considered that in hepatocytes it alters mitochondrial function and activity of AMP Activated Protein Kinase (AMPK) [13], resulting in reduced hepatic production of glucose and decreasing glucose, while activation of AMPK in skeletal muscles may augment utilization of glucose [14].

In liver and skeletal muscles the mitochondrial function and AMPK activity have considered as potential mechanisms and has gained much attention by which metformin exerts its advantageous effects. Metformin improves the lipid profile, in polycystic ovarian syndrome, restores the function of ovaries, and decreases infiltration of fats in the liver and lesser microvascular and macrovascular complications related to T2DM. Recently, in studies metformin has been found as an advent treatment for cancer, as gestational diabetes treatment restores function of ovaries and in pre-diabetic individuals for preventing T2DM [15].

In the gut, enteroendocrine cells secrete Glucagon-Like Peptide-1 (GLP-1) and Glucose-Dependent Insulinotropic Peptide (GIP), which are considered as important determinants for the disposal of glucose following a meal [16]. Glucose production is reduced either by decreasing gluconeogenesis [17] or by glycogenolysis [18,19]. Although in assessing the rates of these metabolic processes there are limitations in these studies in terms of methodologies used [12]. To a lesser extent, the glucose levels in the plasma are lowered by increasing peripheral glucose uptake by the adipose tissues and skeletal muscles. Most likely it is secondary to the glucotoxicity reversal and is not a direct pharmacological effect [20]. The trafficking of glucose transporters 1 and 4 are facilitated to the plasma membrane by metformin in the skeletal muscles and adipose tissues in the presence of insulin [21]. Metformin in the small intestine is found in higher concentrations. It may also decrease absorption of glucose in the intestine thereby, influencing postprandial hyperglycaemia [5]. 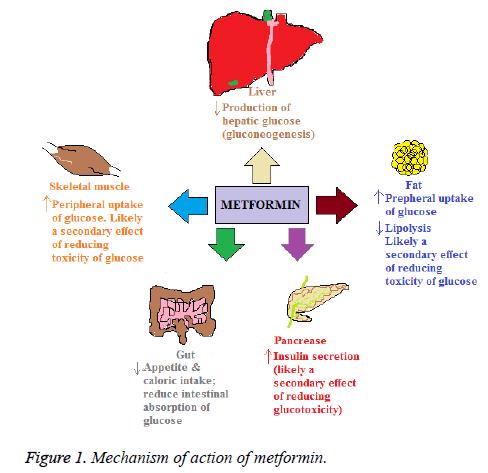 Figure 1: Mechanism of action of metformin.

For type 2 diabetes body mass index has been found to be a major risk factor. There is 5% increase in risk of diabetes for every 1 kg gain in body weight. Metformin is an effective therapy in reducing weight and preventing diabetes. Metformin therapy is a reasonable options for overweight mild hyperglycaemic individuals particularly those who failed in life style modification.

In patients with PCOS metformin improve the metabolic and reproductive abnormalities. At dosages of 1500 mg/d, metformin decreases; body weight, insulin, testosterone and luteinizing hormone levels and 17-hydroxy progesterone response to human chorionic gonadotropin. Metformin has also been found to be effective in inducing ovulation than clomiphene. Metformin lies under category B drug in pregnancy and is used in women with gestational diabetes. Metformin in PCOS patients increases the chances of conception and preventing early trimester pregnancy loss.

Metformin is used as a tool in non-diabetic obese patients to reduce weight. Many studies were conducted and concluded that metformin increases weight loss [5].

Observational studies are being conducted in which metformin can be used in reducing the risk of cancer. Partly metformin causes the activation of AMPK. LKB1 a tumor suppressor is a regulator of AMPK, so increased activity of this pathway can exert anti-tumor effects [23,24].

Concurrently, the initiation of metformin therapy starts with lifestyle intervention at the time of diagnosis. In the absence of specific contraindications metformin is suggested as the initial pharmacological therapy, because of its effect on glycaemia, no weight gain or hypoglycaemia, high acceptance level and relatively less cost. Treatment with metformin as tolerated should be adjusted to its maximum effective dose over 1-2 months (Figure 2) [25]. 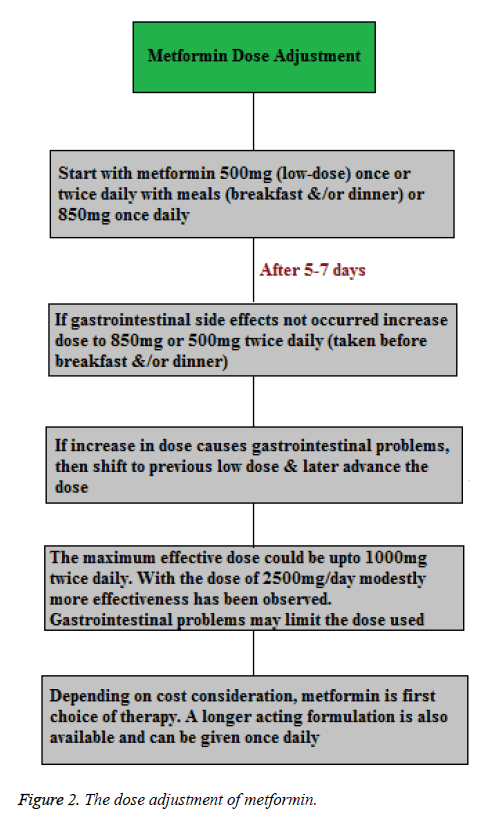 Figure 1: The dose adjustment of metformin.

Metformin has been recommended as first-line therapy for T2DM due to its efficacy, safety (i.e., deficiency in weight gain and reduced hypoglycemia risk), comparatively reduced cost, and potential cardiovascular benefit [22]. Treatment with metformin is, nevertheless, very often associated with Gastrointestinal (GI) side effects in 20-30% of patients and the quality of life and treatment adherence is negatively affected in patients of T2DM. Metformin shows interference with the absorption of vitamin B12; however it is very rarely linked with anaemia [9]. The use of metformin is considered to be contraindicated in renal dysfunction because it has potential to increase the risk of lactic acidosis, which is extremely rare (less than one case per 100,000 treated patients) but is a fatal complication [25]. In ~5% of patients severe GI symptoms develop, who discontinued the metformin treatment. This could deprive them of the advantageous effects of metformin. It is hypothesized that after oral administration of the drug GI intolerance is because of higher metformin concentration in the intestine [26]. The most common GI symptoms were diarrhea, heartburn, and nausea, followed by abdominal pain, bloating, and retching. Constipation was also reported in other study [27]. Flatulence, constipation, dyspepsia has also been seen [22]. Prevalence of GI symptoms is depicted in Table 1.

The mechanism lying under the GI intolerance caused by metformin is unclear. However, there are different hypothesis proposed, including stimulation of intestinal secretion of serotonin, alteration in incretin and metabolism of glucose, and malabsorption of bile salts. It has been found that metformin structure has some similarities with 5-hydroxytrptamine 5-HT3 receptor selective agonists and, as mentioned earlier, is transported by Serotonin Reuptake Transporter (SERT). The release of serotonin (5-hydroxytrptamine (5-HT)) from the intestine results in the symptoms nausea, vomiting and diarrhea which are similar to those as linked with metformin intolerance. Therefore, one of the mechanisms lying under the metformin induced GI intolerance may relate to changes in serotonin transport or a direct metformin serotonergic-like effect. Duodenal biopsy study on metformin-naive individuals found that metformin stimulated the release of serotonin (5- HT) from enterochromaffin cells [28]; however, this effect is not through the 5-HT3 receptor, as the response is not altered if receptor is inhibited. Alternatively it could be explained that, the uptake of metformin via SERT or Organic Cation Transporter (OCT1) results in decreased transport of serotonin and results in GI side-effects [29].

Within the intestine the bile acid pool is increased by metformin, mainly through decreased ileum absorption. This enterohepatic bile salts disruption has potential outcome for homeostasis of cholesterol, glucose homeostasis and enteroendocrine function. This could also account for metformin intolerance through changes in the microbiome and stool consistency. Furthermore, the alteration in the absorption of bile acid may cause an increase in the Glucagon-Like Peptide-1 (GLP-1) secretion, similarly observed with sequestrants of bile acid such as colesevelam [30]. The absorption of bile acid in the jejunum is a concentration-dependent, non-saturable and passive process; however ileal absorption is an active process [31]. It has also been proposed that a raised luminal concentration of bile salt would have an osmotic effect, which can cause diarrhoea linked with treatment of metformin [32]. 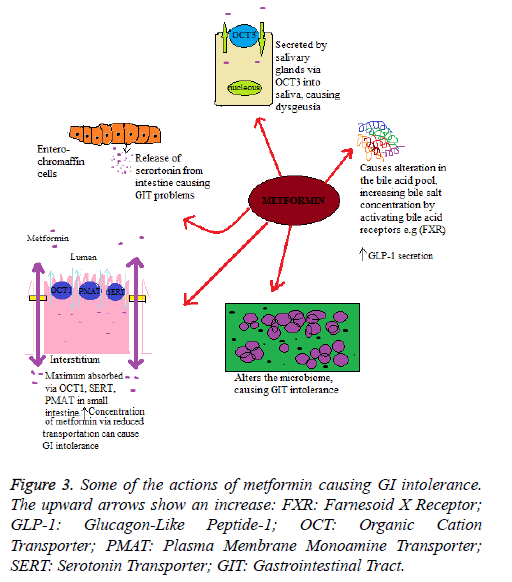