Faculty of Medicine, Institute of Public Health and Hygiene, University of PJ Safarik in Kosice, Austria

The aim of this article is to highlight the importance of psychological concurrent illnesses within pneumological rehabilitation, based on selected studies. The mental co-morbidities of COPD patients increase morbidity, mortality, frequent exacerbations, reduced quality of life, as well as physical and social functioning, below-average smoking cessation success, increased need for outpatient and inpatient interventions, and extended hospital stay, resulting in increased hospital costs. Pulmonary rehabilitation should be based on a multimodal, integral therapeutic approach in which, in addition to pneumology-medical treatment, therapeutic elements from psychological care (patient education, COPD patient training) and psychotherapy are combined.

International epidemiological studies as well as clinical studies confirm an increased proportionality of co-morbidities with depression and fear disorders as well as substance abuse disorders in COPD patients. The etiology of this context between chronic pulmonary diseases and mental disorders is only clarified to some extent. It is certain that psychological concurrent illnesses have a significantly negative impact on the prognosis of COPD patients and their therapeutic success. The mental co-morbidities of COPD patients increase morbidity, mortality, frequent exacerbations, reduced quality of life, as well as physical and social functioning, below-average smoking cessation success, increased need for outpatient and inpatient interventions, and extended hospital stay, resulting in increased hospital costs.

Despite the early detection of mental concomitant diseases and adequate treatment for long-term treatment, the average detection of mental disorders in patients with somatic diseases in medical treatment is unsatisfactory. Routine psychopathological diagnostics within rehabilitation focuses on structured clinical interviews as well as standardized clinical questionnaires with increased validity and reliability. Pulmonary rehabilitation should be based on a multimodal, integral therapeutic approach in which, in addition to pulmonary-medical treatment, therapeutic elements from psychological care (patient education, COPD patient training) and psychotherapy are combined.

Although psychological co-morbidities are only adjuvant in this framework, there is a significant increase in the psychological health improvement of COPD patients after inpatient pulmonary rehabilitation. The importance of longterm prognosis and concomitant psychological concurrent disease in COPD patients should be considered in the future and mental health of patients taken into account, providing them with psychiatric or psychotherapeutic treatment before or during treatment. For this reason, it is recommended that psychopathological diagnostics in medical rehabilitation be carried out routinely and standardized by trained staff. Of course, the treatment of psychiatric disorders within pulmonary rehabilitation is not the focus of it, but it can be part of a targeted and successful multimodal overall therapy [1-11].

Etiology between chronic pulmonary diseases and psychiatric disorders is explained only to some extent: depressions and distress disorders can be a consequence, side effect or risk factor of a lung disease or have a common vulnerability in the base.

In a meta-analysis of 25 studies, a conception was found between COPD and depression [1].

Empirical evidence shows that mental disorder in COPD patients often comes chronologically with lung disease. Many studies have found that patients with COPD are at increased risk of developing depression and fear disorder [3].

In other studies, psychiatric disorders have been shown to negatively affect the course of COPD and this results in increased exacerbations and increased mortality [9].

The basis of these etiological and pathogenic mechanisms for these co-morbidities has not been satisfactorily explained.

The best examined connection is between COPD and depression. Specific symptoms of COPD may result in secondary depression, which may have a vulnerable effect on depressive disorders (lack of oxygen supply, weight loss, fatigue, reduced mobility as well as mental and social consequences of the disease) [19].

Current results indicate that tobacco use is a major risk factor for COPD and also plays a role in depression, and this is a common factor in the induction of both diseases. In some cases, the psychiatric disorder causes COPD because psychic morbidity is associated with distinct tobacco use. Indisputable is the use of tobacco products in people with psychiatric disorders, resp. among psychiatric patients (clinical documentation) is disproportionately widespread [11].

A smoker with a mental disorder has a tendency to increase cigarette consumption (packs per day) and intensity smoking (frequency of inhalation, depth of inhalation) [16]

In general, smokers with a psychiatric disorder have a reduced life span of nearly 25 years, mainly due to the disproportionate morbidity of tobacco-associated diseases. Also, the progression of already established COPD will be adversely affected by psychological co-morbidity, where tobacco use is likely to play an important role. Based on the increased number of smokers already diagnosed and treated with COPD, this disease-specific question appears to motivate patients to successfully persist tobacco abstinence. Naturally, patients with COPD symptoms have an increased motivation to stop smoking [21]

Sometimes in special cases of severe withdrawal from tobacco in patients with COPD it reflects the triadic context between latent depressive symptomatics, intuitive self-medication to calm the mental disorder with nicotine (smoking), leading to increased recurrence during withdrawal. Long-term smoking causes worsening of COPD and neural symptoms changes that lead to chronic depression [18].

In references to the context of COPD and fear disorders, various models of explanation are discussed, which mainly point to symptomatic dyspnoea crossing and hyperventilation between COPD and panic attacks. In a hyperventilation model, patients with COPD, as well as patients with panic who experience hyperventilation, suffer from dysfunctional breathing and oxygen deficiency, as a result of fear. In primary COPD, persistent secondary disturbances of fear may occur this way.

If a COPD patient already has a co-morbidity disorder, this fear disorder is associated with dysfunctional breathing that negatively affects COPD.

According to the cognitive behavioural model, dyspnoea and hyperventilation lead to specific body responses that patients may misinterpret through catastrophic thoughts and fear dysfunctional breathing occurs, which further increases breathlessness and fear and can cause recurrent panic reactions [10].

Empirically, there is a high evidence of psychological concurrent illnesses in lung diseases: co-morbidities of psychiatric disorders can affect treatment co-operation as well as autonomy management (reduced disease acceptance, noncompliance, self-efficacy, fatalism, inactivity and other important aspects of overall treatment (sports therapy, cessation of smoking)). In general, this is negatively reflected in the course of the disease and contributes to its transition to chronicity and reduces the overall quality of life [22].

Ultimately, there will be an increase in morbidity and mortality, frequent exacerbations, poor stress tolerance, poor prognosis, reduced physical condition and social functionality, prolonged hospital stay, and increased expenses for the overall society.

These facts have occurred more and more in recent years, which exemplifies the following: in a large study involving 135,498 hospitalized COPD patients [15].

Of all these patients, 22% had an increased re-hospitalization for depression, fear disorders, psychosis, substance abuse, and drug addiction.

In Denmark, an epidemiological survey of the population has examined the general course of the disease in a total of 71,874 patients with COPD for 10 years [14].

Based on this illustrated background, the importance of early diagnosis and treatment of psychiatric co-morbidities is strategically important, which is essential in the long term for the continuation of the disease as well as the success of COPD treatment.

Based on this illustrated background, the importance of early diagnosis and treatment of psychiatric co-morbidities is strategically important, which is essential in the long term for the continuation of the disease as well as the success of COPD treatment. In the future, concurrent mental illness in COPD patients should be taken into account and appropriate psychiatric and psychological treatment provided [13].

Epidemiological studies have shown us that the elucidation of mental disorders in patients who come primarily with somatic problems is on average below 50% [2].

For this reason, it is recommended that psychopathological diagnostics be routinely and standardized also within the pulmonary rehabilitation.

the psychiatric diagnosis is proven;

based on the ICD-10 classification system;

use of psychometric instruments (questionnaires, tests).

For screening purposes, Patient Health Questionnaire PHQ validation short questionnaires are used to focus on the presence of fear and depression [11].

Pulmonary rehabilitation in German states is based on a multimodal integral treatment procedure, in which besides pulmonary-medical treatment a number of therapeutic elements are combined from physiotherapy (breathing therapy), from sports therapy (physical activity), from nutritional counselling as well as from psychological care (training) patients) as well as psychotherapeutic interventions.

Pulmonary rehabilitation in COPD uses psychological, psychosocial and psychotherapeutic interventions to achieve different therapeutic areas. Primary management in patients with physical illness should promote positive success of rehabilitation with the help of psychological effect. Mental comorbidities are taken into account in the treatment, thus aiming at improving the disease and thereby regaining the functional status, respectively. The functional autonomy of patients and ultimately improving the quality of life [23,24].

The basic recommendations for pulmonary rehabilitation contain the following contents of psychological counselling, respectively, care to improve the acceptance of the disease symptoms:

management of a choking fear;

support for lifestyle changes to improve quality of life;

support for coping with problems related to social life;

For several years, developed and evaluated treatment concepts for COPD in medical rehabilitation (individualized modular structured training for patients with obstructive pulmonary disease) have been used in inpatient rehabilitation [17].

By this we mean the integrity of all measures that aim to actively involve the patient in overcoming his disease by monitoring symptomatology and allowing adequate treatment adaptation to the degree of disease. Special psychological elements (acceptance of disease, illness in everyday life and in employment) are included in addition to standard training.

Optimal patient training calls for the integration of the psychological process to improve the acceptance of chronic disease and to modify behaviour alongside concurrent therapeutic elements such as release techniques, sports therapy, and nutritional therapy that optimize and complement the existing model. Particular emphasis is placed on accepting the disease its acquiesce, increasing motivation and autonomy, improving social aspects [12].

In the context of patient education, general information is given on the disease and its treatment, management itself, so that the patient becomes an 'expert', encourages and enhances the patient's cooperation, and in this way, a long-term success of treatment. The patient should be able to monitor his/her symptoms on a long-term basis in order to respond to exacerbations or other complications in a timely manner and to respond appropriately in an emergency.

The effect of patient training and behavioural training has been highly effective for years.

Already Spohn, Wittmann und Petro 24 have given a comprehensive view of the effectiveness of training in COPD patient behaviour. Newer studies have also explored how pulmonary rehabilitation can affect mental comorbidity. Interventions to influence concurrent mental illnesses within the medical rehabilitation of somatic diseases have so far been evaluated with increasing evidence.

In one meta-analysis of six clinical trials, there was a clear reduction in depression and fear disorders after pulmonary rehabilitation in COPD patients compared to patients without special interventions. 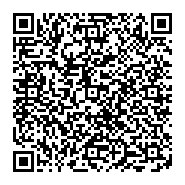