Menetrier’s disease is a rare premalignant hypertrophic gastropathy. It is characterized by upper gastrointestinal symptoms such as epigastric pain, discomfort, nausea, vomiting, peripheral oedema and hypertrophied gastric mucosal folds on endoscopy. An 80-year-old female presented with the complaints of severe epigastric pain, anorexia, vomiting, nausea and vomiting for 3 months. Upper gastrointestinal endoscopy and CT scan revealed thickening of gastric mucosa. Endoscopic biopsy showed gastric foveolar hyperplasia and glandular atrophy which are diagnostic for Menetrier’s disease. There was no evidence of Helicobacter pylori infection. Her laboratory investigations revealed hypoalbuminemia and anemia. She was symptomatically managed as she did not opt for any surgical intervention. Menetrier’s disease should be suspected in patients with upper gastrointestinal symptoms, hypoalbuminemia and hypertrophied gastric mucosa even without Helicobacter pylori infection. Preoperative diagnosis could not be confirmed unless adequate deep gastric biopsy is performed

Menetrier’s disease (MD) is a rare type of hypertrophic gastropathy involving the body of the stomach. It is characterized by thickening of the gastric mucosa in the form of giant gastric folds with associated epithelial hyperplasia, hypochlorhydria, hypoalbuminemia and anemia. It was first described by the French pathologist Pierre Menetrier in 1888 [1]. The aetiology of this rare clinical entity is unknown, although Helicobacter pylori (H. pylori) infection and other infections like Cytomegalovirus, herpes simplex, human immunodeficiency virus (HIV), Mycoplasma pneumonia [2- 5] as well as inflammatory diseases (i.e. ulcerative colitis) [6] have been implicated in the pathogenesis. It occurs in two forms, in adults and paediatric populations [7,8]. It affects men more frequently than women, and the typical age at diagnosis is between 30 to 60 years. It manifests as a protein losing gastropathy, which leads to nutrient, basic electrolyte, and vitamin malabsorption at the intestinal level due to mucus hypersecretion [9]. The clinical presentation includes epigastric pain/discomfort, nausea, vomiting and peripheral edema due to low serum albumin levels. It is an uncommon condition with only a few hundreds of cases reported in the literature. Here, we have reported the case of an 80-year-old woman with epigastric discomfort, anorexia, weight loss and bilateral lower extremity edema due to Menetrier's disease.

An 80-year-old female was referred to the gastrointestinal surgical unit with three months history of epigastric abdominal pain, nausea, vomiting, loss of weight (15 kg), anorexia, weakness, fatigue and swelling of her legs. On physical examination, no significant findings were revealed except for tenderness over the epigastric area, ascites and bilateral ankle oedema. Results of routine blood analysis revealed Iron deficiency anemia (Hemoglobin – 7 g/dl) and hypoproteinemia; total protein level was 3.2 g/dL, with an albumin level of 1.6 g/ dL. Her serum anti H. pylori IgG was within normal limits. At the time of presentation, she was treated with multiple courses of proton pump inhibitors and prokinetic medications with no significant improvement. Her medical, surgical and family history was unremarkable. She underwent contrast enhanced abdominal computed tomography (CECT) of abdomen, which revealed marked mucosal thickening of the fundus, body and antrum, diffuse heterogenic wall thickening of the stomach (30 mm) and narrowing of the gastric lumen (Figure 1). It revealed nonspecific enhancement (Figure 1) and absence of thoracic or abdominal lymphadenopathies. There was a clinical suspicion about linitis plastica based on overall clinical and cross-sectional imaging features. The patient underwent upper gastrointestinal endoscopy which showed non-distensible stomach with thickened rouge folds (Figure 2). During endoscopy multiple deep gastric biopsies (15 biopsies each from body and antrum) were taken and subsequent histopathology examination (Figure 3) showed foveolar hyperplasia, elongated foveolar epithelium, dilated foveolae, loss of oxyntic glands and mild interstitial inflammation suggestive of MD. There was no evidence of dysplasia or intestinal metaplasia. Based on the hypoalbuminemia, radiological/endoscopic appearance and pathological aspect the diagnosis of Menetrier’s disease was established. On histologically there was no evidence of H pylori. A serological assay for IgG antibodies against H. pylori was performed by a commercial Helicobacter pylori IgG ELISA kit. Her serological examination for Anti H pylori IgG was also negative. She was treated with analgesics, blood transfusions and high protein diet. As patient refused the surgery she was followed up in the clinic for last 6 months with symptomatic management.

Diagnosis-MD is a disease which predominantly presents in adulthood with markedly hypertrophied gastric mucosal folds and is typically associated with hypoalbuminemia and anemia. The most common symptom is epigastric pain [10,11]. Our patient is also presented with similar clinical features. Differential diagnosis of diffuse hypertrophic gastropathy includes hypertrophic lymphocytic gastritis/ hyper-secretory gastropathy and Zollinger-Ellison syndrome (ZES). Gastric polyps can manifest as focal hypertrophic gastropathy in numerous numbers and diffusely distributed in polyposis syndromes, resulting in a hypertrophic appearance. MD has a recognized premalignant potential, therefore regular follow?up for patients with MD is essential. There is an increased risk of gastric?associated malignancies, primarily gastric carcinoma and gastric lymphoma [7,12]. However, the association with cancer has yet to be confirmed due to the low incidence rate of MD.

Endoscopic features- Endoscopically, MD is characterized by markedly thickened oedematous gastric mucosal folds with poor distensibility of stomach, primarily affecting the body and fundus without involving the antrum [13] and large edematous gastric folds with poor distensibility of stomach. Because accurate diagnosis of some of these diseases requires examination of very thick gastric mucosa, large snare biopsies that capture the entire thickness of the mucosa are recommended instead of standard forceps biopsies. In our patient we took about 30 biopsies which was adequate for the histopathological diagnosis.

Aetiology-The etiology of MD remains as of yet largely unknown. According to the current literature, MD is more often associated with and considered as a consequence of H pylori infection [14-16]. There is mounting evidence suggesting that H. pylori serves an etiological role in MD. According to the study by Bayerdorffer et al. [16] involving 138 patients with MD revealed that more than 90% of cases displayed H. pylori on gastric biopsies [16]. Adam et al [17] reported a case of adult onset MD localized to gastric antrum without H. pylori infection and hypoalbuminemia. In recent studies [3,18,19], the hypoproteinemia observed in Menetrier’s disease, which is characterized by hypertrophied fold gastritis, has been reported to improve after the eradication of H. pylori infection. As the enlarged folds of Menetrier’s disease improve after the eradication of H. pylori hence leakage of proteins from the gastric wall decreases, resulting in increased serum protein levels. However, our case is unique case of MD where H. pylori was negative, therefore anti h pylori treatment was not commenced.

Treatment and follow up-Various treatment options have been reported to provide therapeutic benefit to adult patients with MD, such as H. pylori eradication, antibiotics, prednisone, octreotide, non-steroidal anti-inflammatory drugs and monoclonal antibodies. They have yielded differing and inconsistent benefits in previous studies [10,20,21]. None of these modalities have been evaluated in clinical trials. Total gastrectomy is a well-established treatment of MD due to the high rate of failure of medical treatment and the risk of malignant transformation. The only definitive treatment to date is total gastrectomy. There is lack of research to address the disease progression, refractory tendency and association with gastric cancer following treatment. Therefore, a follow?up subsequent to treatment for MD is required. Our patient was followed up in the clinic for 1-year duration.

MD should be suspected in patients with of upper gastrointestinal symptoms and hypertrophied gastric mucosa, hypoalbuminemia even without H. pylori infestation. Adequate multiple deep endoscopic biopsies are important in the diagnosis. 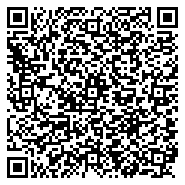