An asymptomatic 28-year-old woman in postpartum period was referred for cardiac evaluation due to incidentally detected complete heart block. Echocardiography revealed a hyper lucent mass in inter-atrial septum. A provisional diagnosis of right atrial myxoma was made and Cardiac Magnetic Resonance (CMR) imaging was recommended for further evaluation. CMR showed a non-mobile mass in the inferior inter-atrial septum which was hyper intense on T1W and delayed enhancement imaging. Multi detector computed tomography showed hyper dense lesion. Appearances were those of a cystic tumor of Atrioventricular Node (AV) node based on the history, location and appearances. Surgical excision was further recommended.

This case-report summaries the rare occurrence and imaging features of cystic tumor of AV node. It has significant morbidity and mortality. Surgical excision is treatment of choice; however in post-partum period treatment with GnRH may be useful.

Cystic Tumor of Atrioventricular (AV) Node (CTAVN) is a very rare primary cardiac tumor. This is recognized to cause arrhythmias, varying degrees of heart blocks or even sudden cardiac death. It is more common in females and usually presents in the post-partum period. Very few case reports in literature have described Multi- detector Computed Tomography (MDCT) and Cardiac Magnetic Resonance (CMR) appearances of this tumor.

A 28 year-old woman was initially seen by the obstetrics and gynecology department. She had recently undergone elective caesarean section and tubal ligation elsewhere. ECG done elsewhere in post-partum period had revealed a complete heart block. An initial working diagnosis of postpartum heart block was made and she was referred to the cardiology department.

ECG findings were of high degree AV block–Intermittent Mobitz type II. Echocardiography revealed an anechoic mass at the base of AV junction measuring 14 × 16 mm. possible diagnosis of myxoma was suggested. She was advised CMR for further evaluation. CMR revealed a 16 × 11 mm, T1 hyper intense and T2 hypo intense mass lesion in the inferior inter-atrial septum more towards ride side. It was non-mobile and was abutting the septal attachment of tricuspid valve. It appeared hyper intense on delayed enhancement imaging. LV ejection fraction was 63% without any regional wall motion abnormalities. No myocardial infarction, inflammation or infiltration was noted. Surgical excision was advised. However, considering the asymptomatic and post-partum status, the surgery was postponed and patient was offered pacemaker implantation with all risks and benefits explained. Patient refused the pacemaker and opted for observation and follow up. Patient also refused to try any hormonal treatment.

CTAVN is one of the rare benign cardiac tumors with only a few cases reported in literature [1,2]. It is postulated to be an inclusion cyst of endodermal origin containing keratinous debris. Most reported lesions are less than two cm in diameter and located at the base of the interatrial septum in the atrioventricular nodal region. It can lead to significant morbidity and mortality due to obstruction, arrhythmias and embolism [3]. This is supposed to be the smallest tumor that can cause sudden death [2]. It is a difficult tumor to identify clinically and especially to distinguish from myxoma on echocardiography alone. This tumor can be localized precisely and characterized with MDCT and CMR. In our case, the tumor appeared hyper dense on MDCT. It was hyper intense on T1W and hypo intense on T2W images. It was difficult to assess the enhancement of tumor due to inherent high T1 signals. Main differential in this case on the basis of location of tumor would be myxoma and lipoma, however myxoma shows low T1W and high T2W signals and usually myxoma is hypo dense on MDCT [4,5]. Lipoma was excluded, as the lesion was hypo intense on T2W images and hyper dense on MDCT. Thus, the diagnosis of CTAVN was made. Our MDCT and CMR findings were consistent with the case reported by Suzuki et al. [6]. Paniaga et al. [7] included an axial T1 weighted CMR, which is similar to the current case and described no information about delayed enhancement imaging (Figure 1).

Treatment requires immediate surgery to avoid complications of arrhythmias and sudden death. Multiple previous [8,9] surgical successes were documented in the treatment of this tumor. The association of tumor with pregnancy and post-partum period raises a theory of its association with increased levels of estrogen and progesterone. This is also supported by immunohistochemistry demonstration of estrogen and progesterone receptors in CTAVN [8]. Long acting Gonadotropin Releasing Hormone (GnRH) has also been described to help in decreasing the size of the tumor [10].

CTAVN is a very rare primary cardiac tumor that can have significant morbidity and mortality. It is often hyper dense on MDCT and shows T1 hyper intense and T2 hypo intense signals on CMR. Surgical excision is treatment of choice however in post- partum period treatment with GnRH may be useful. 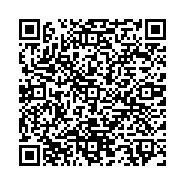