Background and Objectives: In natural product applications, morphological mimicry that results in nomenclatural ambiguity across and within plant species is quickly becoming a serious concern. The Maturase K gene was used as a DNA barcoding tool to resolve taxonomically frequent nomenclatural substitution between Tetraptera and Albizia adianthifolia caused by morphological similarities. Materials and Procedures: The specimens' grounded leaf samples were treated to normal DNA extraction, amplification, sequencing, and BLASTING techniques (Basic Local Alignment Tool). Results: Differential nucleic acid purity levels, base pair sequence lengths, presence of conserved codons, nucleotide polymorphisms (SNP) across both samples, and different amino acid residues indicated both specimens to be distinct taxa. When the sequenced products were run via the Basic Local Alignment Tool, specimen A showed homology with Tetrapleura tetraptera, whilst specimen B showed homology with Albizia adianthifolia and Albizia petersiana, implying congruent identity and hence nomenclatural ambiguity. The phylogenic tree used to resolve the congruency revealed that specimen B is closer to Albizia adianthifolia than Albizia petersiana in terms of taxonomic distance. Conclusion: The study recommends DNA barcoding as a useful approach for resolving nomenclatural issues between morphologically similar taxa

The scientific, agricultural, and medicinal industries all benefit from accurate plant nomenclatural identity. For conservation, pharmaceutical, and bio stratigraphic practise, it has remained the fundamental denominator. The use of wood and wood products for a variety of ecosystem functions has increased the importance of precise and fast taxonomic identification. Even among members of purportedly distant clades, environmental mimicry, mutation, and a high pace of speciation had resulted in morphological ambiguity[1]. Traditional methods of authentication, such as expert recognition and species matching with voucher specimens, had become nearly worthless and untenable as a result of this. The selection of any new systematic technique for resolving nomenclatural opacities is based on matching obtained data to its closest homologue in a data bank. This criterion frequently limits the use of anatomical, cytological, paleontological, phytochemical, and serological markers to a small number of species. The availability of gene banks in numerous parts of the world has made molecular barcoding an appealing and practical option [2].

A short DNA sequence is employed as a molecular marker in DNA barcoding to detect the variety among plant and animal species. The most widely used sequence locus for plant molecular systematic investigations is the internal transcribed spacer (ITS) region of the nuclear ribosomal cistron. For analysing sequence variation at the genus level, many chloroplast, mitochondrial, and nuclear genes have been used. Among these genes, the rbcL gene sequence has been studied by a number of researchers in order to better understand plant systematics. MatK is a chloroplast gene that codes for a maturase-like protein that is involved in Group II intron splicing. It is situated within the intron of the trnK gene [3].

The two exons of the trnK gene that flank the matK were lost, leaving the gene intact in the event of splicing. The gene contains high substitution rates within the species and is emerging as potential candidate to study plant systematics and evolution. A homology search for this gene indicates that at the carboxyl terminus are structurally related to some regions of maturase-like polypeptide and this might be involved in splicing of group II introns. It is another emerging gene with potential contribution to plant molecular systematics and evolution. The objective of this study is to evaluate generic, species variation and phylogenetic relationships of Zingiberaceae family by using the chloroplast matK gene sequences available from gene bank. Zingiberaceae is a flowering plant family that includes a variety of species. Many traditional medicinal herbs in this family are used to treat a variety of ailments. The research will also look at the best amount of nucleotides to use when studying phylogenesis and the consequences of using different gene segments as barcodes [4].

The data analysis was done for the two grouped datasets. One set includes all the plant species of Zingiberaceae for which the sequences are available in gene bank to find the interspecies variation. Another dataset includes various genera of Zingiberaceae like Aframomum, Alpinia, Curcuma, Globba, Hedychium and Zingiber to find intergeneric variation. Multiple sequence alignment was performed by using Clustal X, which is offline software that performs optimum alignment for sequence. Alignments were not complicated due to the occurrence of indels and were not included in data analysis [5].

When it comes to addressing sequence identity, phylogenetic analysis complements and frequently excels similarity searches in terms of discovering variants, trends, and transition/transversion rate in nucleotide sequence. The reference database, in particular, holds high matches in the matK gene. A portable software Molecular Evolutionary Genetics Analysis (MEGA) framework is supplied with inter and intra species relationships for certified identification of nucleotide sequences of the Zingiberaceae family. According to the combined tree analysis, group I has greater boot strap values, indicating that the genus Zingiberaceae has evolved. 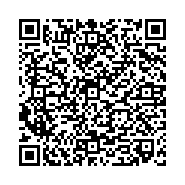