Management of Ocular Setariosis in a Stallion with Ivermectin

A twelve year old stallion was presented to the hospital with complaint of lacrimation, corneal opacity of left eye for the past two weeks. Upon clinical examination, white motile worm in the left eye was noticed. Stallion was successful treated with repeated doses of ivermectin injection @ 200 μg/kg body weight subcutaneously along with supportive therapy.

Ocular setariosis is a disease of equine due to ectopic parasitism caused by Setaria spp. In India, it mainly occurs during the summer and autumn seasons when the vectors are most prevalent. The adult Setaria spp., commonly found in the peritoneal cavity, is generally regarded as harmless to the host (Mritunjay et al. 2011). Through the vascular system immature worms can invade the eyes of unusual hosts such as horses, donkeys (Tuntivanich et al. 2011). Erratic vigorous movements of the worms may cause corneal opacity. Affected horses usually exhibit the signs of lacrimation, photophobia, corneal opacity and conjunctivitis. Management of ocular setariosis done by either medical or surgical approach (Gangwar et al. 2008). Present communication reports the treatment of ocular setariosis in horse with ivermectin.

Twelve year old non descriptive (local breed) stallion with poor body condition was presented to the hospital nearer to the Ongole of Prakasam District in Andhra Pradesh, India. It had lacrimation, corneal opacity of left eye and abnormal gait for the past two weeks. Upon clinical examination, it showed congested conjunctival mucus membranes, elevated rectal temperature (102.6ºF), capillary refill time (3 s), respiratory rate (26 per minute), and heart rate (66 per minute). Shortened stride of fore limb was noticed while movement. Left eye showed corneal opacity with impaired vision. Examination of the left eye revealed motile white worm in the aqueous humor (Figures 1 and 2). Right eye was free from abnormalities. Ophthalmic examination was carried out by focal light source which found mild blepharospasm of left eye. Right eye was normal up on direct and consensual pupillary light reflexes but, left eye was not responded to these reflexes. Both eyes had hyperaemic and chemotic palpebral conjunctivae. 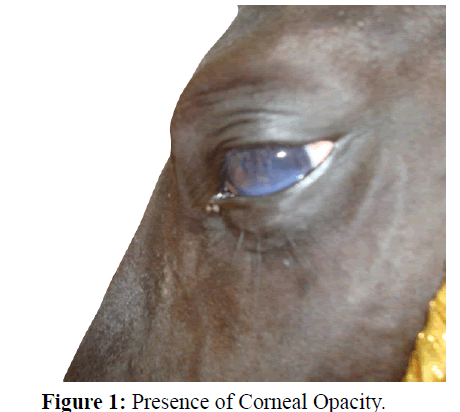 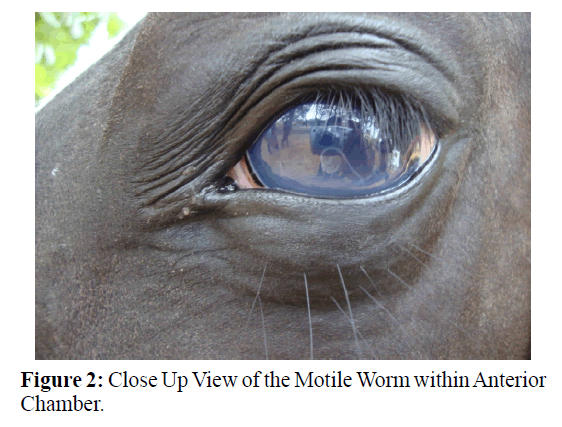 Figure 2: Close Up View of the Motile Worm within Anterior Chamber.

Assessment of the clinical improvement and follow up was carried out by the local veterinarian. By the third day of treatment, movement of the worm was reduced and sluggish. By the 10th day, worm was active than the previous days. It might be due to insufficient concentration of ivermectin to kill the worm in the anterior chamber. Injection ivermectin (@200 μg/kg body weight subcutaneously) was given weekly twice for six doses along with intramuscular administration of [email protected] mg/kg body weight as tapering dose for seven days. By the end of 3rd dose of ivermectin, worm was not active and there is no movement of the worm. Horse attains its normal visibility after 26 days of therapy. Improvement in the condition was accordance with the previous reports of (Jaiswal et al. 2006) and (Sivajothi, 2015., Reddy 2015).

Previously similar conditions were managed by ivermectin administration in horses (Muhammad, 2007., Saqib, 2007), but in their study activeness of the worm was not noticed. Treatment with ivermectin is likely promising but, relapsing of condition may occur until the parasite completely dies. Sometimes delayed absorption of the dead parasites may cause inflammation of the anterior chamber (Basak et al. 2007) reported corneal edema due to dead filarial worm in the anterior chamber in their study.

Present communication reports about the successful management of ocular setariosis in stallion with repeated doses of ivermectin injection along with supportive therapy.

Authors are expressed their thankfulness to the late Dr. Dukki Anjaneya Reddy, Veterinary Assistant Surgeon who assisted and collected the information of the follow up.