A 54-year-old male underwent open excision of a well organizing hematoma in the hip. 15 years ago, the patient had had a transfemoral angiography because of intracerebral hemorrhage. This mass had grown quiescently to the size of 20 cm and was located overlying incidental osteochondroma in the proximal femur. Therefore, physical examination and image modality were suspicions of malignancy. In the present study, we report a very huge and old hematoma mimicking soft tissue malignancy.

Most hematomas are well treated and preventive with the developed surgical procedures or medication. In the event of a hematoma, its small size is curable with conservative treatment and most subcutaneous hematomas are easily diagnosed with inspection and palpation. A deep hematoma is well-diagnosed by ultrasound. In the present study, we authors performed a surgical procedure for a huge mass upon the suspicion of soft tissue malignancy found in the groin. Ultimately, this study reports a rare case that has been proved to be a hematoma associated with femoral angiography performed 15 years ago.

A 54-year-old male patient was transferred to the orthopaedic department because of a huge, hard mass in the groin, which was suspicious of malignancy. He had been referred to the hospital 15 years ago for cerebral hemorrhage caused by intracranial aneurysmal rupture; therefore, he had then undergone transfemoral angiography and aneurysmal neck clipping. After the surgery, right-sided hemiparesis was remaining as a seguela and the patient had been taking aspirin. He had been followed up with rehabilitation and neurologic treatment. After the rehabilitation treatment, he resumed his ability to walk. He felt discomfort in the right groin area, but the sensation of that area was insensitive and the patient could not provide an adequate description of his sensations; therefore, the hematoma has been ignored. A mass in the right groin area had considerably expanded in size 3 years before he referred to hospital. The patients’ pain got intensive and his right leg started to be swollen 2 years before the referral. The patient had received regular outpatient treatment in the nephrology department, endocrinology department, and neurosurgery and suddenly was hospitalized for hematuria. Afterwards, he was referred to the orthopedics department for a palpable hard mass on the right-sided groin area, upon the suspicion of bone tumor. There was a palpable mass (ca. 15 cm × 20 cm in size) on the right groin area and it was found to be of hard nature (Figure 1). The results of X-ray conducted on the femur and pelvis showed the huge soft tissue mass with calcification and underlying osteochondroma in the proximal femur (Figure 2). 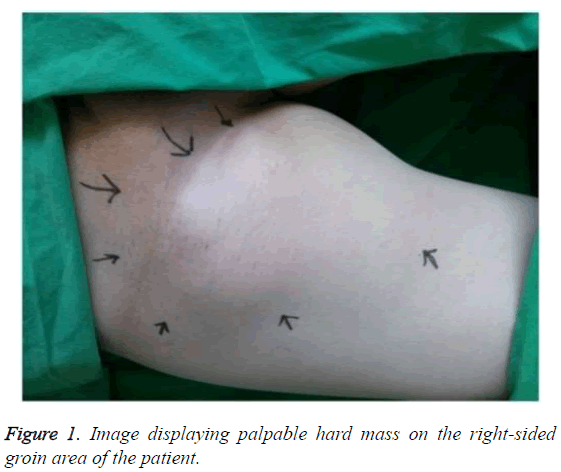 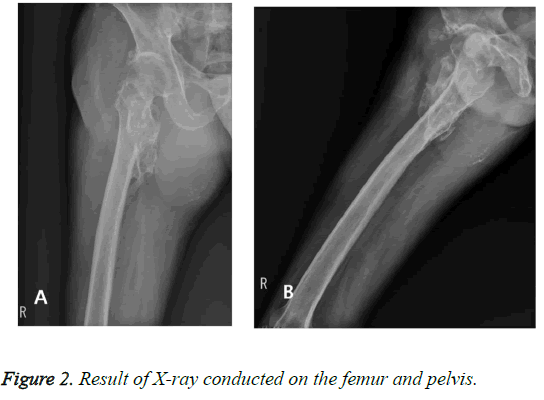 Figure 2: Result of X-ray conducted on the femur and pelvis.

The results of a nuclear radiological examination bone scan demonstrated the soft tissue tumor-related hot uptake at the right inguinal area, right pubic bone, and right proximal femur; however, no suspicious metastatic lesions were found (Figure 3). On a CT (Computed Tomography) examination, a heterogeneous mass (20 cm) was found and was suspected of malignancy of the soft tissue (Figure 4). The results of an ultrasound on the pelvis demonstrated a solid mass presenting heterogeneous echogenicity in the tissue mass and this was not connected with the intraperitoneal cavity (Figure 5). On a pelvic MRI, a huge, lobulated well-encapsulated soft tissue mass was also observed; therefore, soft tissue malignancy was highly suspicious (Figure 6). 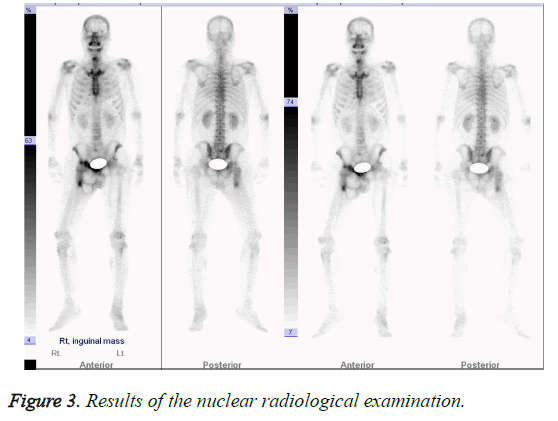 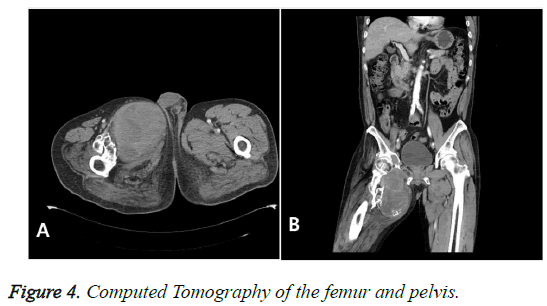 Figure 4: Computed Tomography of the femur and pelvis. 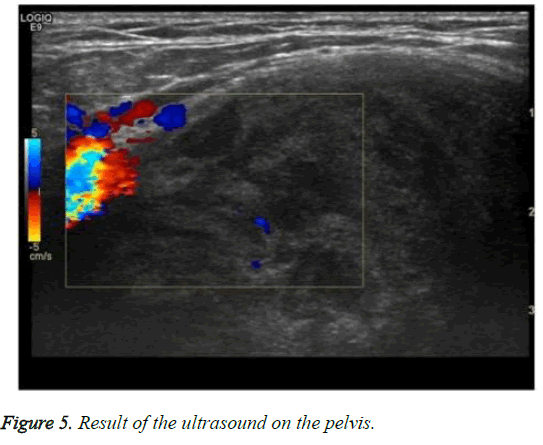 Figure 5: Result of the ultrasound on the pelvis.

Figure 6: Result of MRI scan of the pelvis..

A surgical procedure was undertaken under general anesthesia. A well-capsulated mass was visible immediately after splitting the muscle layer, while the old blood clot, a hematoma, was observed after incising the capsule. All hematomas were removed meticulously (Figure 7) and the capsules were severely adherent to the surrounding muscles. The old blood clot (hematoma) was found in the biopsy after the surgery (Figure 8). The patient was discharged from the hospital after the incision site was healed and stitched out. The patient receives follow-treatment at neurosurgery and orthopedics.

Figure 7: The images of the hematomas removed. 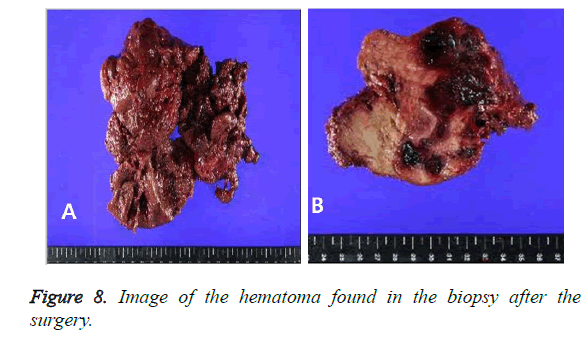 Figure 8: Image of the hematoma found in the biopsy after the surgery.

Most hematomas are either mild hematomas, such as ecchymosis (bruise), or huge hematomas, such as Morel- Lavellee lesion. Non-traumatic hematomas may be incurred iatrogenically after surgical operations, procedures, and radiologic intervention. Hematomas are also associated with hematologic diseases that may be caused by the impairment of the platelet (liver cirrhosis, autoimmune disease, bacterial infections) or administration of antithrombotic agents, such as aspirin, warfarin, clopidogrel, or dipyridamole. In many patients who need to undergo a surgery, a drainage tube is inserted to prevent the formation of hematomas; alternatively, hematomas can be prevented with a strong pressure on the approach site after the radiologic intervention, such as an arteriography or transcatherter embolization and cardiac catheterization. Sometimes, these hematomas become harder and this case is may be relevant to the blood limited to the intramuscular tissue space or subcutaneous tissue space that are isolated by the fascial planes, which are not absorbed to create a sac. The size of a sac may stay in the same or increase in size in some cases. The latter case is called organizing hematoma and organizing hematomas can occurr not only in the soft tissues, such as the neck [1], retroperitonium [2], but also in the brain, adrenal gland, lungs, maxillary sinus [3]. Recently, the rising amount of radiologic intervention has been reported to increase the complications associated with transarterial catheterization.

It has been reported that the complication rate of transfemoral arteriography was 1.73% [4]. A femoral arterial complications secondary to cardiac catheterization was usually reported to amount to 0.36~6% [5]. The complications associated with femoral catheterization include arterial thrombosis, hematoma, pseudoaneurysm, arteriovenous fistula formation, arterial dissection, and venous complications; among these, arterial thrombosis is the most common complication [6,7]. Perivascular hematoma is a relatively common complication; however, but most of perivascular hematomas are benign and can be naturally healed [8]. A clinical significance is found in hematomas over 10 cm in size and this is known to be highly associated with inadvertent wire injury during radiologic intervention [9]. For instance, Davenport reported that a retroperitoneal hematoma is often mistaken for adnexal mass after performing femoral catheterization [10], while Suha et al. reported the complication rate of retroperitoneal hematoma incurred after performing femoral arterial catheterization as 0.15% [5]. Even though hematomas are fully recovered by the surgical removal, there are several factor need to be carefully considered. First, the careful procedure of radiologic intervention is the most crucial factor; second, the use of antithrombotics applied after the cerebral hemorrhage should be more careful after performing the arterial procedure; third, a suspicious mass, even without the suspicious catheter-related complication, should not be diagnosed by X-ray only, but be thoroughly examined by performing additional ultrasound or CT for a more accurate diagnosis of the orthopaedic aspects; finally, with regard to the radiological method, it would be helpful to exclude malignancy by performing biopsy prior to performing a surgical procedure.

Hematoma formation after performing an angiography is a relatively well-known complication. However, the patient has suffered from a 20 cm-sized hematoma since 15 years ago for the following reasons:

1. Administration of aspirin for the control of thrombosis and high blood pressure after neurosurgery

2. Unilateral insensitivity and lack of expressiveness due to the patient’s poor recognition caused by neurologic seguela of cerebral haemorrhage.

3. Location of benign bone tumor in the same area as the location of the hematoma.

In view of our results, we can conclude that early administration of aspirin after vascular intervention should be performed with caution in order to prevent such a rare complication.