Magnetic Resonance Imaging (MRI) is a non-invasive imaging technique that generates three-dimensional detailed anatomical pictures. It is frequently employed in illness detection, diagnosis, and therapy monitoring. It is based on advanced technology that stimulates and detects changes in the rotational axis of protons present in the water that makes up biological tissues.

How does MRI work:

What is MRI used for:

MRI scanners are particularly well adapted to imaging nonbony bodily components or soft tissues. They are distinct from Computed Tomography (CT) in that they do not employ the harmful ionising radiation of x-rays. The brain, spinal cord, and nerves, as well as muscles, ligaments, and tendons, may be viewed considerably more clearly with MRI than with normal x-rays and CT; hence, MRI is frequently used to assess knee and shoulder injuries. MRI can distinguish between white and grey matter in the brain and may also be used to diagnose aneurysms and malignancies. Because MRI does not employ x-rays or other forms of radiation, it is the imaging modality of choice when frequent imaging is necessary for diagnosis or therapy, particularly in the brain. MRI, on the other hand, is more costly than x-ray imaging or CT scanning. Functional Magnetic Resonance Imaging is one type of specialised MRI (fMRI.) This is used to examine brain architecture and identify which parts of the brain "activate" (consuming more oxygen) during different cognitive activities. It is utilised to further our understanding of brain organisation and might provide a new standard for monitoring neurological state and neurosurgical risk.

Although MRI does not use ionising radiation like x-ray and CT imaging, it does use a strong magnetic field. The magnetic field extends beyond the machine and exerts extremely high pressures on items made of iron, certain steels, and other magnetizable materials; it is powerful enough to throw a wheelchair across the room. Prior to having an MR scan, patients should contact their doctors if they have any type of medical or implant. When getting an MRI scan, the following factors should be considered: Pacemakers, vagus nerve stimulators, implanted cardioverterdefibrillators, loop recorders, insulin pumps, cochlear implants, deep brain stimulators, and capsules from capsule endoscopy are all examples of implants that should not be used in an MRI scanner. Noise-loud noises such as clicking and beeping, as well as sound intensities of up to 120 dB in some MR scanners, may necessitate particular ear protection. Nerve Stimulation-A twitching feeling can occur as a result of the MRI's quickly changing fields. Contrast medications-patients with severe renal failure who require dialysis may be at risk of developing an uncommon but deadly condition known as nephrogenic systemic fibrosis, which may be connected to the administration of certain gadoliniumcontaining medicines such as gadodiamide and others. Although no causative relationship has been demonstrated, current US recommendations urge that dialysis patients only get gadolinium agents when absolutely necessary, and that dialysis be conducted as quickly as possible following the scan to eliminate the agent from the body. While no effects on the foetus have been established, it is suggested that MRI scans be avoided as a precaution, particularly during the first trimester of pregnancy when the baby' organs are developing and contrast chemicals, if employed, might reach the foetal circulation. Claustrophobia-even minor claustrophobia may make it difficult for some to tolerate extended scan sessions within the machine. Patients benefit from familiarisation with the equipment and procedure, as well as visualisation methods, sedation, and anaesthesia, which give them with mechanisms to alleviate their suffering. Listening to music or viewing a film or movie, shutting or concealing one's eyes, and clutching a panic button are all coping methods. The open MRI is a machine that is open on all sides rather than a tube that is closed at one end, therefore it does not completely encircle the patient. It was created to meet the demands of patients who are uncomfortable with the regular MRI's tiny tunnel and sounds, as well as individuals whose size or weight make the traditional MRI impracticable.

More than 5.5 million people in the United States suffer from chronic liver disease and cirrhosis. Researchers supported by the NIBIB have discovered a way for converting sound waves into pictures of the liver, providing a novel non-invasive, painfree tool for detecting tumours or tissue damage caused by liver disease. Before entering the MRI machine, the patient has the Magnetic Resonance Elastography (MRE) device implanted over his liver. The machine then sends sound waves into the liver, which the MRI can detect and utilise to measure the density and health of the liver tissue. This approach is less invasive, safer, and more pleasant for the patient than a standard biopsy. 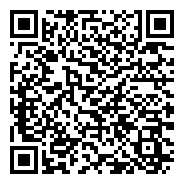