Introduction: Lymphatic malformations of abdomen include mesenteric, omental and retroperitoneal cysts. These are benign malformations with variable presentation. These malformations may present as abdominal distension, abdominal pain, features of intestinal obstruction and rarely acute abdomen. Ultrasonography, CT scan and MRI provide characteristics of malformations like size, composition and may at times help in determining the origin of the lesion. Surgical exploration confirms the diagnosis besides being therapeutic. The mesenteric and omental cysts are either enucleated or need bowel resection or sometimes, partial cyst excision with marsupliazation. Intraoperative injection of the sclerosing agent is an option in instances when excision is not possible or feasible. We analysed the clinical characteristics, management and follow-up of these cases in our study.

Methods: We analysed 26 cases of abdominal lymphatic malformations. The data regarding epidemiological and clinical characteristics were reviewed and recorded. Operative record and imaging findings were noted. The long and short term results of the surgical treatment were analysed.

Abdominal lymphatic malformations are rare; constituting about 5% of all lymphatic malformations [1]. The presentation is more common during paediatric age-group. Lymphatic malformations of abdomen are a broad term used for lymphangiomas, omental cysts, mesenteric cysts and retroperitoneal cysts [2]. These lesions usually present as asymptomatic abdominal mass. In the abdomen these lesions can arise from omentum, mesentery, retro peritoneum or solid organs (liver spleen pancreas). US, CT/MRI can delineate the site size and origin of these lesions. Surgical excision or enucleation remains the standard management. Emergency surgery may be required in instances of intestinal obstruction, infection, haemorrhage or torsion of the cyst. Complete resection has conventionally been advocated as the treatment of choice. But complete resection may not be possible or feasible in some instances. A recurrence rate of 40% after incomplete resection and 17% after macroscopically complete resection has been reported [3]. Sclerotherapy using a variety of agents, including ethanol, sodium tetradecyl sulphate, bleomycin, doxycycline and OK-432 (Picibanil), has been reported to be effective in the treatment of macro-cystic lesions. Recurrence rate varies in patients receiving sclerotherapy depending upon the size, location and complexity of the lesion [4]. We described clinical characteristics management of abdominal lymphatic malformation. Furthermore we analysed the short and long term results of the management of such cases.

All the patients of abdominal cystic lymphatic malformation were admitted in the in the department. The detailed history and clinical examination was noted. Data regarding the size and site of the lesion using imaging was retrieved from IPD registry and noted. US, CT/MRI finding were recorded for analysis. Demographic and clinical characteristics including gender, gestational age, clinical features, were analysed. The differential diagnosis, methods and outcome of the surgical treatment were noted for analysis. Data was analysed using SPSS and Excel systems.

Twenty six cases were included in our study over a period of 8 years (2012-2020). It included 18 (69.23%) boys and 8(30.77%) girls the patient’s age ranged from 3 months to 13 years with average age of 32 ± 27 months. Ten (38.46%) patients presented with chronic abdominal symptoms like abdominal pain, vomiting and distension. Seven asymptomatic were diagnosed incidentally either on clinical examination or US. Three patients had antenatal US documentation of cystic lesions in the abdomen. Among 10 patients with chronic symptoms one patient presented as inguinal hernia with the extension of the cystic lesion in the right iliac fossa. Two (7.69%) patients presented with signs of intestinal obstruction and required emergency laparotomy. An abdominal lump could be felt in most of the patients. (Tables 1 and 2)

Table 3. Size distribution of the cysts.

Figure 6: MRI of a baby showing a cyst in RIF extending into the right inguinal canal.

Fifteen (57.69%) cases had cysts located in the mesentery, 6(23.07%) cases had omental cyst and in 5(19.23%) cases the cyst was extending from the retroperitoneum. (Tables 4 and 5) In our series, 12 patients (46.15%) underwent enucleation/ excision of the cystic lesion. Excision included 6 patients with omental cysts and 6 with mesenteric cyst. In three cases due to large and multiloculated nature of the cyst marsupliazation of the cyst was done.

Table 4. Distribution of site of origin of the cyst.

Table 5. Frequency distribution of site of the cyst.

In two patients excision (partial or complete) was not possible, so intraoperative sclerotherapy was done (Table 6).

In 5(19.23%) cases diagnostic laparoscopy followed by exploration was done, while all other cases were explored through right transverse incision. Among 15 mesenteric lesions 9 cases required resection and anastomosis.

In 6 cases with cyst in the mesentery the lesion could be enucleated between the two leaves of mesentery. All the omental cysts were excised.

The most of cysts 10 (38.46%) had serous fluid as contents followed by haemorrhage in six (26.92%) patients. (Table 7) Two patients required emergency surgery for intestinal obstruction. (Figures 2-5 and 7)

Table 7. Table showing fluid content with in the cyst.

Figure 2: Cysts arising from the mesentery of small bowel.

Figure 7: A thin walled Lymphatic malformation with bleeding inside the cyst arising from mesentery.

None of the 26 patients experienced any postoperative complication. The patients with intestinal resection, orals were started after 72 hours and discharged after 4 to 5 days. Among patients with excision of cysts, orals were started on first postoperative day and discharged after 48 to 72 hours. Average follow-up was 10 months to 108 months (median 46 months). One patient, in whom intraoperative sclerotherapy was injected, required second sitting of percutaneous image-guided sclerotherapy using bleomycin which had complete resolution in the follow-up. Furthermore, one patient developed adhesive obstruction which responded to conservative management. In two patients out of 3 who had underwent partial excision. The complete excision could be achieved on second exploration. In the remaining 1 patient third exploration was required. Over all recurrence rate was 15.38% (4 of 26).

The lymphatic cystic malformations of abdomen include mesenteric, omental and retroperitoneal cysts. These share the common characteristics. These malformations develop as a result of sequestration of the lymphatic channels from the main lymphatic trunk in the abdomen during embryogenesis. The pathological characteristics include squamous epithelium, a small lymphatic space, and abundant lymphoid tissue. Cyst wall of these malformations contain smooth muscles and lipid laden foam cells [5,6]. Average age of presentation in our study was 38.4 ± 32 months. The most common age group was 13-36 months (34.61%) Average age in a series of 12 patients was 36.5 months [7]. In their study 9 patients were between the ages of 1-5 years, which was similar to our study. The average age in our study was slightly more than reported by other authors. This variation could be because of late presentation of cases in our series [8].

The most common clinical presentation in our series was chronic abdominal pain in 7 patients (26.92%) followed by asymptomatic presentation in 15(38%) patients. In a study by Lee et al. abdominal pain, distension or mass was the most common presentation which was almost similar to our study. Abdominal lymphatic malformations can present with varied symptoms [7]. Some cases are detected incidentally on routine examination or by ultrasonography. As demonstrated in our series, some patients may present as intestinal obstruction due to torsion or extrinsic compression. Lymphatic malformations can have intracystic bleed, infection or rupture. Among adults the symptoms are usually mild and non-specific with a long time period before the diagnosis. Due to small abdominal cavity in children these lesions usually become visible as enlarging abdomen noticed by either parents or clinicians.

As demonstrated in our series ultrasonography and CT revealed a provisional diagnosis in all lymphatic malformations. The diagnosis is confirmed on exploration and histopathological examination of excised specimen although exact size and nature of the cyst is difficult to access on the USG or CT; nevertheless CT provides information regarding size and relation with the surrounding structures. CT has the potential to demonstrate the thickness of the cyst wall, which is a crucial point in differentiating the lymphatic intestinal duplication cysts. MRI may give equal information and avoid radiation in the children. MRI and contrast enhanced CT both is utilized for the diagnosis in our series. In literature MRI has been shown to be better for children because of low radiation exposure but with obvious need for sedation anaesthesia [9]. Traditionally the lymphatic malformations have been treated by open surgery. In this era, laparoscopy has also a role especially in cases where there is diagnostic dilemma or when we are managing a small cystic lesion.

We did exploration in all cases. In 12 cases excision/ enucleation of cyst was done. These cases included all six omental cysts and 6 mesenteric cysts. Omental cysts usually can be excised to completion. The preferred surgical option of the mesenteric cyst is enucleation which was possible only in 6 out of 15 patients with cystic lymphatic malformation [10,11]. A small mesenteric cyst can be shelled out between the leaves of the mesentery in older children or adults. As demonstrated in our series young children and infants have flimsy layers of mesentery which makes enucleation impossible/not feasible as any such attempt may compromise the blood supply to the gut, so in younger children and infants enuleation is usually required.

In three of the cases the complete resection was not possible, partial resection or marsupliazation was performed. As literature has advocated partial resection or marsupliazation in instances were primary resection is either impossible or not feasible. We scleroses the cyst cavity intraoperative in instances of multiple cysts creeping in to the retroperitoneum [12]. We used intraoperative bleomycin 15 IU/kg diluted in 3:1 saline solution. One of our patients had dramatic resolution of the cyst while others were other two cases required repeated injections of percutaneous bleomycin. Other agents that can be used for sclerosing the cyst wall include 10% glucose solution, tincture iodine and OK-432 (Picibanil) a Streotococcus pyogenes extract. Sclerosing agents result in shrinkage of the cyst lesion. These agents are usually used in retroperitoneum cyst which extension to surrounding mesentery [13].

Patients who underwent complete excision had no episode of recurrence in our series. One patient had recurrent lesion after intraoperative sclerotherapy. Out of three patients in whom partial excision was done two patients had one recurrence, while one patient had two recurrences. Overall recurrence rate was 15.38% 4 out of 26.

Lymphangiomas in abdomen present as mesenteric, omental, retroperitoneal lymphatic cysts have now a common nomenclature called Abdominal lymphatic malformation. Omental cysts are managed by excision. Solitary cysts in mesentry can be enucleated in older children; need gut resection and anastomosis in infants. Retroperitoneal cysts can be partially excision, marsupliazed or sclerosed. These cysts have potential for recurrence, which may be managed either by repeat surgery or percutaneous image guided sclerotherapy. Long term follow up is good. 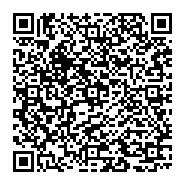