Leukemia types and its distribution among patients admitted to the oncology center at Al-Najaf governorate.

One of the most common causes of death in Iraq society is with many health problems and suffering of patients a long time and traditionally ends with death. Now say more than 50 million dollars was spent around the word by patient them self each wear in many despaired attempts to find a cure for this disease although it mostly ends in very bad results. Iraq one of the counters that passed over many years to many wars and most of them included the use of weapons of mass destruction or nuclear weapons. The risk of leukemia had been increase tremendously Aim: The present research had been conducted to evaluate the incidence and the outcome and it’s distributed among patients admitted to the oncology center at Al-Najaf governorate Methods: A cross sectional study was conducted at the oncology center at Al-Najaf province and it made from 300 leukemia patients. Blood cell count, erythrocyte sedimentation rate, platelet count and hemoglobin were measured by the laboratory and the data was analyzed. Results: It showed that lymphoblast leukemia represent about (77.3%) acute myelocytic leukemia (15%) and chronic myeloid leukemia (2.7%). More than twenty two percent of the were a soldiers and the remaining were civilian, more than thirty percent was rural and the remaining were urban. Discussion: More than thirty countries attack Iraq during the Gulf war in an attempt to liberate Kuwait from the last invasion caused by the last regimen. Many bullets filled with uranium used by solders, tanks, air plants and even ships. Science then the risk of occurrence of leukemia increase in a scary way. With each case reported so many effort had been spent to treat and stop the further bad prognoses but without any success. AML more predominant at young patient aged between 25-40 years. ALL cases occur more frequently at those aged less than 30 years. More than two third of the total population was urban patients which may be due to the weapons or complexity of city life style when compared to the villages. Conclusion: Increment of the percent of exposure to the military weapons increase the risk of cancer in many types especially leukemia and even with improvement of the life style and development of many drugs it does not decrease the chance of exposure nor it improve the quality of life of the life style.

Leukemia is one of the most common reason of death know a day and it mostly associated with a high suffer and low chance of curing and uncontrolled percent of death. It is highly increased at the last two decades in Iraq and for many reasons which may be due to increase the complexity of life, expose the Iraq in to military wars and the unexpected use of the forbidden radioactive weapons weather contain uranium of others during the liberation of Iraq or may be due to un healthy diet that increased with improvement of the economical stats of Iraqi peoples [1]. As leukemia cost the country a million of dollars a year and associated with high suffering of the patient there is an urgent need to focus on the its incidence and it relation to the occupational state of the people. There is increase in percent of people those suffer from leukemia with increase the deterioration of their economical state that may be due to the high cost of the chemotherapy of may be due to the prolonged time to response to the treatment with high chance of resistance of this cancer to the treatment [2].

All these fact make an important issue to focus on this disease and what to do to decrease its incidence or at least improve the chance of remission or improve the quality of life of these patients [3]. The present research had been conducted to evaluate the incidence and the outcome and it's distributed among patients admitted to the oncology center at Al-Najaf governorate (Table 1).

A three hundred volunteer was enrolled in this cross sectional study how ager between 10 to 70 years are and admitted to the oncology center at Al-Najaf governorate. They suffered from leukemia for at least one year and were diagnose base on the bone marrow examination and white blood cell count, erythrocyte sedimentation rate, platelet count and hemoglobin. They were classified according to the type of leukemia, age, gender, occupational state, governorates that they came from and residency (Table 2).

More than thirty five percent (114 patients) were living in this governorate and the remaining were living in Basrah, Diwania, Simawa, Nassiria, Missan, and others. One hundred and thirty four (44.7%) were suffered from leukemia for 1-2 years and seventy nine (26%) had the leukemia for less than a year. Thirty percent of the total patient (90 patients) was aged between 25-35 years and 26% (82 patients) were aged less than 20 years old (Table 3).

Iraq is one of the countries that exposed to many wars and political instabilities and this make this country in continuous exposure to so many obstacles and pollutions. Some of these pollutions induce an immediate health problems and other produce a delayed social disease that may appeared after several years and may continue for a decades. One of the hazards is the depleted uranium and its effect that may continue for a very long time and effect on se many generations [4]. This country exposed to a war against the united states at 1990 during the gulf war [5,6].

The high percent of urban patients which represent more than two third of the total population give us big hint that the complexity of city life style when compared to the villages is one of the big prognostic factors that may effect on the occurrence of leukemia and this due to carcinogenic effect of benzene and others (like ethnic effect, chemicals) increase the opportunity of leukemia in urban when compared with rural areas [2,3,11].

AML more predominant at young patient aged between 25-40 years while more than one third of ALL cases occurs more frequently at those aged less than 30 years and this differ from another researches occurred in Baghdad and Italy which revealed that the incidence of AML in more common in those aged more than 60 years old than younger patients [1,2]. On the other hand AL-Nassir et al showed that a similarity with this results that the chance of occurrence of ALL is more than 87% while our results showed 77% of our patient suffered from the same leukemia type with their peak age between 25-35 years and the percent of males were 65% and female 35% and our results differ from other data conducted in south Iraq which showed that 8.6 of total leukemia case were occurred in male [12] (Table 4).

Our study revealed that about 19% of the study group were military and although these percent is low by it may force us to focus on the effect of weapons used by the American forces when they fight side by side with Iraqi forces during these period although it does not gives us a crucial decision about the relation between the military duty of Iraqi forces and the chance of exposure to the effected weapons [8]. At the north of Iraq and exactly at Ninawa there was another interest on the effect of the three wars that attacked Iraq ( Iran-Iraq war at 1980 to 1988, Gulf war at 1990 and the war at 2003) and there data revealed a similarity about increase the incidence of leukemia their province especially among adult males patients more than female particularly at age between 20 to 70 years old but the explain the increment in there incidence by not only the weapons but also the intense fear of the war itself and economic problems that happened after the war in addition to the smoking and others [7,11-14].

Our result also revealed that although there is a large of patient came from Najaf province itself but most of they come from other provinces (Basrah, Diwania, Simawa, Nassiria and others). It may be due to that our oncology center is one of the biggest centers in Iraq and provide al large percent of chemotherapy treatment that is highly expensive at the privet sector in addition to the high level of medical care that given to these patients.

A special thanks to the staff of oncology department especially the manager of the sector. 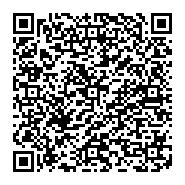