Knowledge, attitude and practice regarding dengue infection among parents of children hospitalized for dengue fever.

Aims and objective: This study is aimed at assessing the knowledge regarding dengue fever, its transmission, identification of the disease and its complications and its preventive measures among the parents of children hospitalized for dengue fever. Introduction: Dengue fever is a rapidly emergent infection and is one of the leading causes of hospitalization and health care burden in India. Dengue vectors, human knowledge and behavior have each been reported to play an important role in the transmission of the disease. Materials and methods: This is a hospital based cross sectional survey among parents of dengue patients admitted in Department of Pediatrics, KIMS Bangalore during a period of 6 months. Parents were interviewed with pre designed questionnaire. The questionnaire was divided into 4 parts – knowledge on: 1) Transmission, 2) Signs and symptoms, 3) Attitude towards the illness and 4) practices of prevention and treatment. Results: Overall 195 individuals were interviewed. 7% were illiterate while 18% had a college degree. 91% individuals knew mosquito as the vector, 32% identified clear stagnant water as the breeding place. 88% identified fever as a symptom while 22% knew about bleeding manifestations. 71% felt dengue as a severe disease and 84% had a positive attitude towards consulting a doctor for the illness. 58% relied on mats and coils for personal protection followed by bed nets (12%). Majority of the awareness was through television followed by radio and newspapers. Conclusion: It is of utmost significance to identify barriers to action and to seek ways to translate the knowledge of population about dengue into positive preventive practices that would ultimately reduce the transmission of dengue fever in the community.

Dengue Fever (DF) is an acute febrile illness caused by a mosquito borne human virus belonging to Flaviviridae family. There are four known serotypes of the virus (DENV 1, DENV 2, DENV 3 and DENV 4). The virus is transmitted by the Aedes mosquito, of which Aedes aegypti is the major vector [1]. Although infection with dengue virus may be asymptomatic, it may lead to a wide spectrum disease that ranges from non-severe fever to potentially fatal clinical manifestations [2].

Dengue virus infection is increasingly recognized as one of the world’s emerging infectious diseases [3]. The actual numbers of dengue cases are underreported and many cases are misclassified. One recent estimate indicates 390 million dengue infections per year, of which 96 million manifest clinically with any severity of disease [4]. An estimated 500 000 people with severe dengue require hospitalization each year and about 2.5% of those affected die [1].

The epidemiology and ecology of DF are strongly associated with human habits. Aedes aegypti breeds almost entirely in domestic man-made water receptacles found in and around households, construction sites and factories. The WHO and Centers for Disease Control and Prevention recommends emphasis on community educational campaigns that emphasize residents’ responsibility in reducing vector breeding sites. An important aspect of dengue control is awareness of dengue signs and symptoms, transmissions and preventive strategies among general population, which is of great importance to improve integrated control measures [5]. Therefore the present study aimed to assess the knowledge, attitude and practice regarding dengue fever among parents of children admitted for dengue fever.

The study was conducted in the Department of Pediatrics, Kempegowda Institute of Medical Sciences located in Bengaluru, India. The hospital caters to urban, semi-urban and rural patients in and around Bengaluru. A descriptive cross-sectional study was conducted between January 2017 and June 2017. The sample population included 195 parents of children admitted for dengue fever in the pediatric wards and ICU. They were interviewed using a pre designed questionnaire by face to face interview. The questionnaire was designed from studies of Shuaib et al. [6] and Alyousefi et al. [7] along with few modifications based on local practices. Details of the respondents including their age, residence, education and occupation were collected. The questionnaire was divided into 4 parts- 1) Knowledge of transmission, 2) Knowledge of signs and symptoms, 3) Attitude towards the illness and 4) Practices towards prevention and control of dengue. All parents were interviewed by the same interviewer and the questions were explained to the parents in the native language (Kannada).

Knowledge, Attitude and Practices (KAP) assessment was done using scoring system. The responses were defined as correct based on the current literature. In Knowledge assessment, each correct response was given a score of 1, while wrong response or ‘Don’t know’ were scored 0. In Attitude assessment, positive attitude (strongly agree/ agree) were scored 1 whereas ‘Not sure/Disagree’ were given 0 score. In Practice assessment, each appropriate response (Yes) was scored as 1, while ‘No’ was given 0 score. The total score for knowledge, attitude and practice was 20, 6 and 10, respectively.

The respondents were considered to have adequate knowledge, attitude and practice if the score in each was above 60%.

Out of 195 participants who responded to the questionnaire, mothers were 98 (50%) and fathers were 97 (50%). 13 (6.7%) were illiterate, while majority had attended primary school (48.7%) and 35 (17.9%) had a college degree. Majority (33.8%) of the respondents were unemployed. This was because majority of them were housewives. Table 1 shows the socio demographic profile of the participants studied.

91.2% of the respondents identified mosquito as the vector for dengue transmission. However, only 9.2% could identify the type of mosquito (Aedes). 63 (32.3%) participants knew clean stagnant water as the breeding place for the mosquito. 86.6% knew about mosquito coils and repellent electrical equipment as a way to prevent dengue. 75.4% knew removing stagnant water sources could prevent dengue while only 53.8% could associate it with proper garbage disposing (Table 2).

Table 2. Knowledge on transmission of dengue.

Table 3 summarizes participant’s attitude regarding dengue fever. Most of them (71.2%), strongly agreed or agreed about the serious nature of the illness. 84.1% had a positive attitude towards consulting a doctor for dengue. Majority of the participants had a positive attitude that they can individually contribute to the prevention and control of dengue fever. Table 4 shows the different measures adopted by participants to protect themselves from dengue fever. Nearly 60% of the participants used mosquito coil or repellent electrical equipment in their home. Nearly half of them claimed that they cover water containers at home and dispose water holding containers properly.

Table 4. Practices towards prevention and control of dengue

66.7% of the participants from urban areas had adequate knowledge. Only 9.1% from rural areas and none of those who were illiterate knew adequately about dengue. Around 83% of those who had done college degree and 100% of those in profession and semi professions knew adequately about dengue. The mean score for knowledge was 10.4 out of 20 (Minimum: 2, Maximum: 18, SD: 3.7). Mean attitude score was 4.5 out of 6 (Minimum: 2, Maximum: 6, SD: 1.1) and mean practice score was 3.9 (Minimum: 2, Maximum: 6, SD: 0.9). There was a significant correlation (p value<0.001) between knowledge and attitude; knowledge and practice; attitude and practice (Table 5).

Majority of the participants (89%) in our study reported television as their source of information about dengue. This was followed by radio and newspapers (Figure 1). 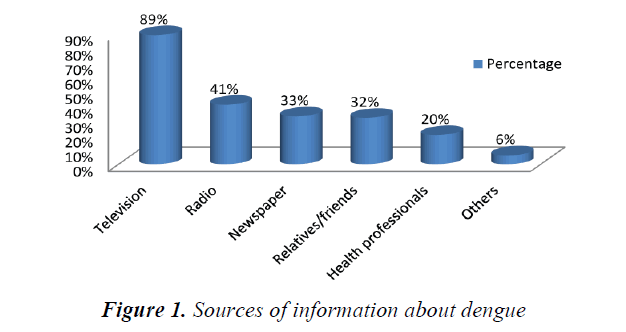 Figure 1: Sources of information about dengue

Bangalore is the capital city of the south Indian state of Karnataka. The majority of the city of Bangalore lies in the Bangalore Urban district which is surrounded by nearly 100 villages constituting the Bangalore rural district. The city has a literacy rate of 89% and nearly 10% of the population resides in slums. Our hospital is located in the central part of Bangalore and serves as a referral center for the urban and rural parts of the district. As our hospital caters to a wide spectrum of people from different socio-economic backgrounds and from different areas in and around Bengaluru, we could notice a wide distribution in results of the study. Hence the results can mirror the Indian standards. Rural and illiterate participants had lower scores while urban and degree holding respondents had higher scores. Fever was major symptom identified by majority of the participants. This is similar to the observations of other studies conducted in Kuala Lumpur, Patiala and Nepal [8-10]. Many could not identify the complications and warning signs of dengue which is of great importance in guiding parents in seeking timely medical help and prevent morbidities and mortalities.

Though, most of the respondents knew mosquito as the vector for the disease, less people knew about the breeding place and biting time of the vector. Only few respondents correctly replied that the biting time was during the day. This fact shows that methods of preventing mosquito bites such as mosquito coils and bed netting are usually used at night, which are not very much effective in prevention. Our study showed around 79% of the parents had adequate attitude. This may be high because the respondents were parents of children admitted for dengue fever and knew the seriousness and need for medical help. The preventive practices noted in our study were more towards personal protection than the environmental control of the vector. This indicates the necessity to educate the public regarding the transmission and ecological factors. Similar results were noted in a study done in Yemen on urban communities [7].

The human knowledge and behavior towards environment have been reported to play an important role in transmission of dengue by affecting its vector [11]. In this study, the most common source of information about dengue knowledge came from media (including television, radio and newspaper). This reflects the impact of public educational campaigns launched by the government on the general population. Media, particularly television has played a major role in creating awareness among the public. This was similar to the reports of study done in Kuala Lumpur [6] and Thailand [12]. In contrast, lower percentages of respondents cited health professionals/ workers as their primary sources of information about the disease. This indicates that health professionals in this area are not adequately mobilized for awareness raising programmes. This may reflect the importance of targeting future educational campaigns in these key sites in order to change behavior of the people and effectively convert the knowledge to attitude and practice. Moreover, educational system of healthcare professionals should emphasis more towards the basics of epidemiology and prevention of infectious diseases. This will effectively improve the knowledge of physicians who can make a difference by enrolling themselves in educating the general population.

Our study was a cross-sectional survey which does not account for the dynamics of relationships between variables evaluated. Our sample size is relatively small and might not represent the whole population. It is noteworthy that in spite of such limitations, the present findings unveil the existing gaps in the KAPs regarding dengue fever and highlight the need for further large-scale studies.

We noticed a relatively low prevalence of adequate knowledge in our sample population based on overall knowledge score on dengue. However the attitude towards the illness was good. As we know, despite adequate attitude, good knowledge about the disease and its transmission is required to adopt suitable preventive practices and seek early medical attention. In order to achieve adequate preventive practices, education of the people, particularly from rural and illiterate background is important. This can be done by increasing emphasis on direct community visit based awareness programs along with mass media.