The prevalence of chronic obstructive pulmonary disease is increasing globally, although the distribution is unequal. Between 1990 and 2015, the prevalence of COPD increased by 44%, with 174.5 million people suffering from the disease. In 2015, 3.2 million individuals died worldwide, an increase of 11.6% from 1990 [1]. Mortality has been a significant outcome in COPD, and it has become one of the world's leading causes of mortality. The causes of death in COPD vary depending on the population; in a randomised clinical study of smoking cessation and inhaled bronchodilator therapy, cancer was found to be the most common cause of death (33%). However, respiratory illness was the primary cause of death in a pooled analysis of seven randomised clinical trials among individuals with stable COPD [2].

Recent research indicates that the risk of lung cancer remains elevated even in the absence of smoking. COPD was found to be a substantial independent risk factor for lung cancer incidence among never smokers in a large Korean national cohort research, demonstrating that these patients are at high risk of lung cancer regardless of smoking status [4]. The pathophysiology of COPD is influenced by airway remodelling, epithelial-mesenchymal transition, and, to a lesser extent, infections, which predispose to airway inflammation and epithelial activation and worsen oxidative injury [5]. By modifying the cellular architecture of the airway, epithelial-mesenchymal transition plays a crucial role in disease progression, cancer development, and tumour dissemination, which increases cancer-related mortality.

The dose of ICS is a key determinant in COPD patients' survival or risk of additional comorbidities. Second, the presence of COPD in the included studies is noteworthy. Asthma may have been a significant confounding factor in some observational studies of ICS effectiveness. Some of the individuals recruited for the follow-up may have asthma, while others may have asthma-COPD overlap. Asthmatic patients are more likely to take ICS and are less likely to acquire lung cancer. Asthmatic residual confounding cannot be ruled out. Other potential risk factors for lung cancer, such as interstitial lung disease, were not examined or adjusted in the majority of the original literature; the presence of such comorbidities is likely to influence lung cancer development. ICS usage in COPD patients decreased the risk of lung cancer. The risk reduction was not affected by smoking status or latency duration. Future research should concentrate on determining the optimal dose and controlling for confounders such as asthma. 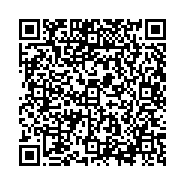