Isolation of important cultivable bacteria from the moth flies (Clogmia albipunctata) as a mechanical vector in Babol Hospitals, north of Iran.

Insects have been defined as mechanical vectors of healthcare-associated infections. The study has been directed with the aim of isolation of C. albipunctata to transmit and transport bacterial pathogens in four teaching hospitals Babol, Iran. In this cross-sectional study, 274 adult moth flies were collected from four teaching therapeutic centers in a 5 month period. After identification of moth flies at species level using taxonomic keys, bacterial strains were detected from internal, and external body samples using microbiological and biochemical standard tests. Of 137 adult flies, 85.4% and 78.1% bacterial isolates were obtained from the gastrointestinal tract and cuticular surface, respectively. Opportunistic aerobic mesophilic Bacillus specious, and Coagulase Negative Staphylococci (CoNS) were the most strains isolated, respectively. The existence of moth flies is an actual threat to human health since they can carry numerous pathogenic bacteria, which can cause a wide variety of infections.

Vector-borne diseases are transmitted through Arthropoda including ticks, flies, lice, bugs and mosquitoes. Insects are classified as mechanical vectors such as flies which carry infectious agents on the surface of their bodies [1]. Mechanical transmission occurs when the agents do not replicate or develop in/on the vector; it is simply transported by the vector from a host to host [2]. A Synanthropic flies, Clogmia albipunctata (Diptera: Psychodidae), are responsible for the mechanical transmission of a wide variety of pathogenic agents in hospitals and health facilities [3]. There is evidence that flies carry a large number of pathogens which responsible for serious infections in both humans and animals [4]. More than 130 pathogens, mainly bacteria (counting some serious and life-threatening spp) were recognized from the flies [5-8].

In various parts of the hospital, such as toilets, kitchens, emergency wards, patients' rooms, and waste disposal sites, flies are active [4]. These flies, which are considered as mechanical vectors, can transfer the infectious agents from different parts to others and patients [7]. The prevalence of these flies in hospitals depends on a variety of conditions, such as environmental condition, public health and its biology [9]. Nosocomial infections are a main safety concern for both patients and the health service providers [10]. Considering mortality, morbidity, increased length of hospitalization and the charge, efforts should be made to make the hospitals as safe as likely by preventing such illnesses [11]. So, the aim of this study was determine of medically important cultivable bacteria isolated from moth flies (C. albipunctata) from four teaching hospitals, Babol, Iran.

From May 2016 to September 2017, a total of 137 adult moth flies was caught straightly from their resting places, without close contacting, using a sterilized tubes. All flies were collected from four hospital environments (A-D) and transported animated and at 25 °C to the entomology laboratories of Babol university of medical sciences for further processing. The moth flies were recognized at species level using taxonomic keys [12,13].

Each sample was placed distinctly in a sterile tube and anesthetized using freezing at 0?C for 5 minutes. After adding 2 ml of phosphate-buffered saline (PBS; pH=7.0), vortexed for 20 s to wash down bacteria from the external surface. In order to identification of the bacterial isolates in the gastrointestinal tract (GI), all C. albipunctata were placed in a sterile tube containing 70% ethanol (for decontamination of cuticular surface) for 3 min, and allowed to dry at room temperature under air condition. The flies were washed to remove alcohol molecules with PBS.

The GI of the adult moth flies was immersed in PBS and centrifuged at ×2000 rpm for 5 min. For identification of the bacterial isolates, 0.1 ml of the above mentioned solutions was picked and transferred to the blood agar containing 5% sheep blood and McConkey II agar plates. All petri dishes were incubated at 37?C for 24-48h. The bacterial isolates were identified using standard microbiological and biochemical methods. The approved strains were grown in Trypticase soy broth containing 0.3% yeast extract (TSBY) and stored at -70°C after addition of 15% glycerol (Vol/Vol).

The global distribution of the moth fly has been described to be between latitudes 40?S and 42?N [9,14]. In recent years, due to climate changes, including warming global temperatures, reports have been made of the presence of these flies in higher latitudes. Few studies have been conducted on the biology and ecology of this fly in Iran, but observations show a lot of infestation with the insect, especially in the warm seasons. Moth flies are commonly observed in hospital settings, such as shower cubicles, patient wards, rest rooms, hospital kitchens, toilet and laboratory rooms [4,9,14]. Faulde showed that moth flies are a potential mechanical vector of bacterial pathogens related to the healthcare-associated infections (HAIs) [4]. The bacteria carried by these flies can cause a wide range of infections, especially in immune compromised patients [15].

On the other hand, the contamination of surfaces and medical devices with insect-borne bacteria can lead to the spread and transmission of infectious agents, the dissemination of resistance factors between different strains (interspecies and intraspecies transmission) and the mobile carrier for potentially pathogenic microbes especially bacteria known to cause HAIs [16,17].

A list of microbes has been recognized by the Infectious Disease Society of America (IDSA) as being responsible for the majority of nosocomial associated drug resistant infections [18,19]. These organisms are the members of the notorious "ESKAPE" (Enterococcus faecium, Staphylococcus aureus, Klebsiella pneumoniae, Acinetobacter baumannii, Pseudomonas aeruginosa, and Enterobacter species) [20].

In the present study, A. baumannii, E. coli, K. pneumonia, P. aeruginosa, Enterobacter cloacae, Enterococcus spp. and S. aureus, which were considered as a cause for HAIs, were isolated. In our study, of 274 prepared samples, 2.92% nontyphoid Salmonella (NTS) was detected. Foodborne illness caused by NTS is found to be a main public health concern worldwide. Intestinal salmonellosis is self-limiting; though, it may lead to systemic signs in children, the elderly and immunocompromised patients. Contamination of kitchens, food preparation and distribution centers with insects can help to spread Foodborne disease. So, Shigella is a significant cause of acute diarrhoeal illness.

Worldwide, there are approximately 164.7 million patients annually, and 1.1 million people are estimated to die from bacillary dysentery (BD). There are several ways of contracting shigellosis including (1) contaminated water, (2) contaminated foods and (3) close person-to-person contact. The pathogens can be transferred by flies, feces, fingers, fomites and food. Control of insects as a mechanical vector is plays an important role in Decreasing Shigella-related infections [21]. In agreement with Motazedian C. albipunctata is a potential mechanical vector of microbial pathogens related to HAIs [19].

The presence of C. albipunctata is a real hazard for human health because they can carry several pathogenic bacteria, which can cause a wide range of infections. Elimination of moth flies from our hospitals and health facilities is essential. Though, bacterial surveys of colonized C. albipunctata may be regarded as elegant choices for checking sources of nosocomial pathogens and contaminated healthcare environments that would then be problematic to analyze.

We would like to thank hospital personnel at all four centers for their collaboration. This study was financially supported by Vice-Chancellor for Research and Technology of Babol University of Medical Sciences No. 9542832. 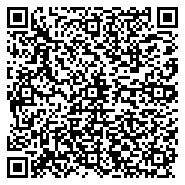